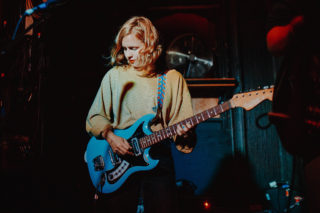 A night of playful sonic roughness from the Walla Walla, Washington band

Given that the latest Chastity Belt record is a paean to millennial angst, there’s a touch of irony to the fact that the Seattle four-piece play their first sellout show in Manchester not at one of the city’s litany of newer, hipster-friendly venues but instead at The Star and Garter, an decidedly unglamourous old pub a stone’s throw from Piccadilly Station. It’s a place criminally underused these days and that, worse still, has an non-time-specific death sentence hanging over it when a longstanding plan to expand the train station comes to pass.

Still, tonight’s show is another for its storied history books. In what feels like the blink of an eye, Chastity Belt have gone from laid-back beginnings to one of the most exciting current propositions in indie rock and ‘I Used to Spend So Much Time Alone’ is both their most musically intricate effort to date and their most incisive lyrically, as the harsher realities of post-collegiate life have begun to bite. There remains a rawness to their live show, and some of their latest LP’s prettier moments are imbued with the sonic roughness of 2015’s breakthrough album, ‘Time to Go Home’. ‘What the Hell’ takes on an extra bitterness, whilst the guitars on ‘This Time of Night’, which are pure ‘Hot Rock’-era Sleater-Kinney, come with the sort of bite that Carrie Brownstein would be proud of.

It’s worth mentioning, too, that you’d never know the band aren’t quite firing on all cylinders; drummer Gretchen Grimm is nursing a shoulder injury, but does a fine job of hiding it behind the kit. It does, though, necessitate the band welcoming, on a one-song basis, their first-ever member with a Y chromosome when a friend of theirs steps up to play guitar on ‘Stuck’, which Grimm takes lead vocals on. Chastity Belt are at a point now where they’ve found an equilibrium between playfulness and sincerity, and that’s seeping into their live shows, too; just because they’re full-on rocking out on tracks like set closer ‘5am’ doesn’t mean that the venom in Julia Shapiro’s words isn’t hitting home too. It’s a balancing act that suits them well. Long may it continue. 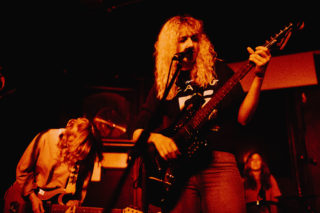 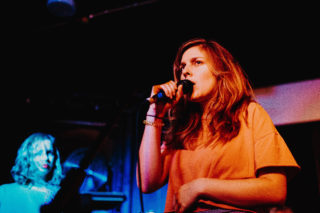 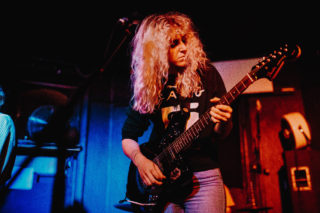 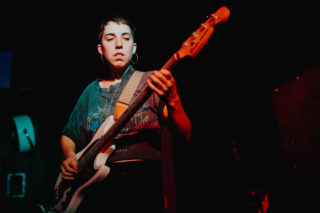