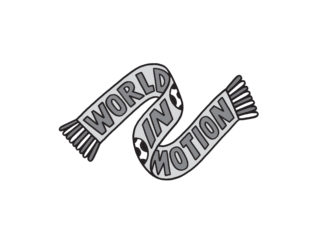 Beat the man, create the space

John Barnes is easily one of the best players England has ever produced. There’s no point in arguing it. Blessed with physical strength and an artist’s touch, over a twenty-year career he devastated defences up and down the country and alongside Cyril Regis, Chris Houghton and Viv Anderson blazed a path for Black British players on both the national and international stages. I mean, he deserves his place in the pantheon of true greats for his incredible goal against Brazil alone.

While his influence on the pitch is unimpeachable, in some ways Barnes’ influence on popular music is equally as profound. Some people will scoff at this, and with his awkward attempts to rhyme “hard as hell’ with “Arse-en-al” it’s easy to dismiss him as another footballer messing around where he shouldn’t belong. But although Barnes only appeared on two songs (‘The Anfield Rap’ and ‘World in Motion’), his brief yet spectacular musical career just so happened to straddle a remarkable, foundational period in British cultural history.

It’s all about context. The late ’80s was perhaps the bleakest period British football has ever endured. English teams had been banned from European competition in the aftermath of the Heysel disaster, the National Front recruited directly from the terraces and most Saturday afternoons saw street battles raging across the country. Football’s image was in the gutter, gates were shrivelling up and it was clear to everyone that something had to change.

Like so many other times in the past, innovation came via Liverpool. Released ahead of the 1987 FA Cup, ‘The Anfield Rap’ certainly sounds problematic to modern ears but it was revolutionary at the time. Yes, it’s ham-fisted, and yes, at best, it’s culturally appropriative, but it showed how English football could start to reinvent itself. Reaching number 3 in the charts, its celebration of togetherness and the diversity of the team stood in stark contrast to the visible sections of British football fans who openly celebrated racism and xenophobia. It wouldn’t have been possible without Barnes. The sheer fact that he can do a passable LL Cool J impression meant that the team’s eccentric midfielder Craig Johnson could write a song that embraced the charts rather than the team bus. Not that it did much good mind; Liverpool famously lost the final to a Lawrie Sanchez inspired Wimbledon.

‘The Anfield Rap’ also laid the foundation for ‘World in Motion’, a song that managed to transcend the label of mere sporting anthem and become a true cultural phenomenon. Plenty has already been written about New Order’s real magnum opus, so I won’t go into it here, but like ‘The Anfield Rap’, ‘World in Motion’ worked because it managed to grasp disparate strands of British subculture and weld them together into something greater. The song’s positive message and close embrace of a dance aesthetic gave English football a new, friendlier face; reaching audiences that the game had never reached before. Spurned by the BBC, the song achieved traction in the nation’s gay and straight club scenes before going on to become New Order’s first number one and staying there for nearly a month. It coaxed a generation of football-hating hipsters to follow England’s rollercoaster-like progression through Italia ’90 and showed how football needn’t be the preserve of chest-thumping lads drunk on cheap lager and old school tribalism.

Looking back from the vantage point of 2018 you can easily say that Barnes’ music affected British popular culture in a way that most artists can only dream of. It was definitely more luck than judgement, but both songs were kind of an early triumph for hope not hate –showing how a positive message could eclipse a negative image. “Football did get kind of cool after our intervention,” New Order’s Stephen Morris reflected in a BBC article years later. “It certainly seemed like there was more love to go ‘round and you could think about going to a game with your family and friends again.”

But, as always, there’s a bittersweet sting in the tail when it comes to Barnes’ flirtation with the pop charts. ‘World in Motion’ may have nobly attempted to wrestle the English game from the grip of hooliganism, but in the background, it unintentionally mirrored the Thatcher Government’s scheme to clean up the sport through a programme of rampant commercialisation. What began as a marginalisation of some bad apples has led to football’s working class soul being cut out, and with its sharp pop edges, maybe Barnes’ pop career played its part. It showed the new, market-focused football executive how they could win and then exploit a broader, less working class fan base.

However, even in the long shadow of the Premier League era, there’s a hopeful innocence on each of these songs that still shines out. That image of Barnes bobbing away, ball tucked under arm, pointing towards a horizon full of possibilities and telling us that ‘we can’t go wrong’ still gets me from time to time. How was he supposed to know that rather than showing us the future, he was actually articulating the last gasps of a world that was fading away?