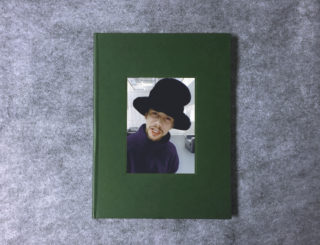 Joel Arthur Jones looked up from the store order book. Nobody there.

He heard it again. Nothing. J&J Hat Emporium was empty, except for Joel Arthur Jones and serving clerk Crispin Caliver. Crispin was always playing such pranks, because he was a massive flirt.

Crispin, over by the Panamas said, “Huh?” But, then, he would.

“I’ve not got all day, mate,” squeaked the whiney voice, a little louder than before. To Joel Arthur Jones’ embarrassment, he had failed to notice the small boy with an old face whose head was just visible above the counter. He smelt like crisps and had a micro scooter tucked under his arm.

“I’m terribly sorry, sir,” he said to the young boy, knowing that boys like to be called ‘sir’ sometimes, “I didn’t see you there on account of you being so sm…” he stopped himself from saying the word ‘small’ due to a look in the boy’s eye. “How can I help?”

“Yeah, I need a new hat, see?” said the boy. “No doubt you recognise me, and as you probably know, hats are MY thing.” He pointed at the hat he was wearing that looked like the bollock of a cow. “See?!”

“I do see, sir. Well, let me see.” Joel Arthur Jones looked for something suitable. “Our flat caps are very popular at the moment, sir. Very trendy with the younger crowd.” Joel Arthur Jones suddenly found himself questioning if this young man was in fact as young as he’d first assumed. But, then, he was so very small.

“NO!” snapped the boy. “I want that one!” He pointed to the top shelf behind the counter, at the most extravagant hat on display (the one that looked like a cow).

“I must say, sir,” said Joel Arthur Jones, careful not to offend, “that is the most expensive hat we have in the store today.”

“Don’t think I can afford it, don’t ya?!” snapped the boy. Crispin did his shocked face.

The boy, confirming Joel Arthur Jones’ second thoughts that he was of age, proceeded to list all the things he’d bought in the past. He seemed to pause for effect when he got to his car collection, which included a Porsche and a Mondeo Ghia.

Joel Arthur Jones found it hard to believe that a boy with a micro scooter would also own a car, but he had seen office men in suits going to work on them before, so he held his tongue.

“Get it!” demanded the boy, and so Joel Arthur Jones climbed up and retrieved the quite ridiculous hat.

“Here you are, sir.” He placed it on the counter, as close to the edge as possible. Seeing that the young man was having trouble reaching the hat (so far he’d managed to grab at a pencil and the card machine), Joel Arthur Jones offered his hand in the matter.

“I CAN DO IT!” spat the boy, and sure enough, after just 10 minutes, the hat was on top of his angry little head.

“Indeed, sir,” said Joel Arthur Jones, although his mind was pre-occupied with the fact that the young man had used the word ‘pukka’ and therefore had to be at least 45.

“Excellent, sir,” said Joel Arthur Jones. And he started to box up the hat and log it in the store book.

“Here’s an idea, actually,” said the small man. “I appreciate you pretending not to recognise me, but as I’m sure you know, I have a new comeback album coming out soon, and with that I’m booked to do lots of promotional appearances, which could benefit your hat shop as much as it could benefit me. What do you say to letting me have this hat for free, and I can wear it on all these occasions? I’m going to be on Pebble Mill next Wednesday, for example. What do you say? Could be great exposure for you.”

“I’m terrible sorry, sir, but we don’t offer such a policy here at J&J Hat Emporium,” said Joel Arthur Jones, and not just because he knew that Pebble Mill had stopped broadcasting in 1996.

“Fine!” said the little man, pretending not to care. “It’s your loss… FATTY.” By now, such an outburst came as no surprise to Joel Arthur Jones. “Split it across these 4… 5 cards.”

Colin Wattleby knew exactly who this was. The gentleman next door, Joel Arthur Jones, had only just been on the phone.