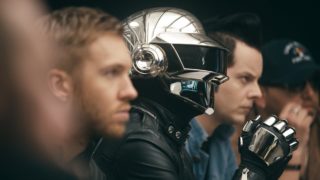 It was actually an old train station in the middle of Manhattan, but with enough money you can turn any space into a corporate awards evening that employees are forced to attend to cheer them up a bit. The crowd that attended the launch of streaming service TIDAL on 30 March 2015 were not an enthusiastic bunch, despite what they would see that night, or perhaps because of it. It was a confusing spectacle that hasn’t mellowed over the last 5 years. You don’t look back at the launch of TIDAL, re-watching the event in full on YouTube, and think, ‘at the time this seemed full-tilt Tom Cruise, but y’know what, they were totally right; they called it; fair play’; you think, ‘do they know this video is still online?’.

Although you’ve still never met anyone who uses TIDAL, in 2015 everyone had an opinion on it. There were two camps to choose from: those who felt that Jay-Z buying a Norwegian streaming service for $56.2 million and asking his millionaire mates to chip in as co-owners to create “THE WORLD’S FIRST ARTIST OWNED STREAMING SERVICE” was nothing to be sad about. Capitalism is capitalism, and why should Jay-Z, Kanye and deadmau5 get more shit than a group of tech moguls for making mountains of cash this way, beyond the obvious reason that deadmau5 was involved? I mean, hey, at least this music platform was owned by musicians… and deadmau5. And then there was the other camp, who probably would have backed TIDAL’s plight against the unfair payouts that artists were receiving from streaming (and continue to receive), although not when it was coming from Alicia Keys, Arcade Fire, Beyoncé, Calvin Harris, Chris Martin, Daft Punk, Jack White, Jason Aldean, J Cole, Jay-Z, Kanye West, deadmau5, Madonna, Nicki Minaj, Rihanna and Usher. Too many millionaires spoiled the broth. A lone Jay-Z fronting a campaign to get artists paid fairly – we could have almost bought that he was doing that for Thee Oh Sees as much as himself. But flanked by the biggest selling artists in the world not getting paid enough, it looked a bit greedy guts, didn’t it?

To double down on the disingenuousness, the TIDAL owners couldn’t stop talking about the high fidelity audio that their platform offered. Yes, TIDAL was going to cost more than other streaming services ($19.95 compared to Spotify’s $9.99 premium subscription), but that wasn’t only in order to pay the artists more; it was to deliver greater sound quality – essentially that of CDs rather than MP3s. Never mind that the difference between the two is hardly audible without premium speakers or headphones – that hardly lined up with the #TIDALforAll narrative, so the team bravely stuck to the script regardless.

The “lossless audio” sales pitch was most passionately delivered in a moody trailer that played at the end of the launch ceremony and was subsequently shared online afterwards, as all moments of cavalier delusion should be. It’s an incredible short that goes toe-to-toe with the live launch, one ridiculous moment at a time. “The Avengers of Music”, as one of Daft Punk put it in the clip’s only moment of intentional comedy, passed a mic around a table and took turns to say what they loved about “this historic day”. Calvin Harris got the ‘sound quality’ ball rolling, but it was Jack White who fully leaned into it before he was cut off just as he was saying, “The average person on the street has no idea…”. Later, White is seen at a drinks reception boring Jay-Z, Beyonće and Kanye about it; trapped at a wedding by ‘Uncle Jack’ who only likes to talk about sound. Kanye said it was about “owning our oil”; Madonna – always good for a riddle – said, “Not technology art, human art.” There was a lot of nodding. With Jay-Z, Beyonće and Kanye (now free from White, having pretended they needed to check their coats), Daft Punk clinked champagne flutes while their helmets were on. “I’m inspired,” said someone. “It’s VERY inspiring,” confirmed Beyonće.

One line really popped though, also from B: “This collaboration feels so ego-less.” Madonna must have heard that, because during the live launch, where one by one the owners signed their ‘declaration’ (no further information given or, by that point, expected), she took a dump on Beyonće’s words as she hoisted her right leg onto the table while signing. All other owners managed to sign their names with both feet on the ground, like you may have seen happen in a bank, although to give Madonna some credit, we were watching people sign a piece of paper, and I applaud her for trying something different. It didn’t really work, but you don’t know until you know.

Madonna’s leg did juice up the clap-o-meter a little, by which I mean it caused one person to shout “yeaaaah”. That doesn’t sound like success, but when I say that the crowd that attended the launch were not an enthusiastic bunch, I’m not kidding. At the very top of the show, no more than two people clapped, and the audible, solo “bravo” that followed, although well meant, sounded inadvertently sarcastic and cruel.

You can always tell how dead a room is when you can hear one person clapping too close to a microphone, every hand-slap a deafening amplification of how few people are either there or interested. Once the ego-less TIDAL owners had all been introduced one-by-one to a reception of apathy that almost felt staged (I mean, where did they find this rarified crowd of people who really don’t give a shit about Beyonće and Nicki and Rhianna and Jay and Kanye and so on? Were they told not to clap?), Alicia Keys was left to pick up the pieces. In a USA Today article the following day, entitled 3 Reasons why Jay-Z’s new Tidal streaming service is stupid, the writer commented that in Keys’s opening speech she, “mostly explained music to us as though we’d never heard it.” She tried though, saying, “It’s come up a couple of times about this feeling like a graduation, but in actuality it is a graduation.” I’ve stood at massive gigs before where stars have said things that make no sense whatsoever but clapped and cheered regardless because they’ve then left a pause, but at the ghostly TIDAL launch, no one took the bait.

Other moments of unbridled awkwardness included Madonna missing a hand shake with deadmau5, the presence of deadmau5, Calvin Harris popping up on a wheeled-in television, Chris Martin popping up on a wheeled-in television, deadmau5 appearing like an inappropriate football mascot during a 1-minute silence as the camera panned the team line while Keys asked, “how much do you love this thing called music?”, the signing of the declaration (obviously), the unrehearsed ending where the Avengers stared into the abyss and privately considered which of their assistants dropped a bollock on this whole thing, Madonna’s leg, and the horrific, humbling silence. But as Keys had said, today was just the start of the journey.

The days that followed the TIDAL launch were full of the easy laughs I’ve just dug up, and ever since people have rubbed their legs at the next TIDAL gaff. All the talk of the service being “run by the artists” began to give off the impression that they’d found a WeWork in Brooklyn where J Cole was going to build playlists while Rhianna headed up the new business team (Calvin Harris and Chris Martin would work from home; Jack White was interested in Head of Sound). Since then, there’s been plenty to suggest that that’s exactly what they did, experience giving way to enthusiasm and people nodding to “Not technology art, human art.”

2016 was particularly lively, when TIDAL accidentally leaked Rihanna’s album ANTI and botched the launch of Kanye’s The Life of Pablo, removing its download hours after it was put on sale before admitting that its streaming version might not be the finished album after all. King of the swerve Kanye somehow managed to style that out by dubbing Pablo the world’s “first living album”, but later in the year Prince’s estate sued TIDAL for exploiting his music, despite the service being the only one with the rights to his catalogue.

People liked these misfortunes and fuckups so much because of the megalomania of the TIDAL launch (although this being a project of the world’s most famous Black entrepreneur no doubt added an ugly glee of a different kind for some). But new companies make mistakes, and 2016 did at least deliver Lemonade via the service. What people couldn’t get on board with – and still can’t – was summed up in the launch motto: “TIDAL puts the power back into the artist’s hands.” Cynics at the time joked that rather than all artists, it applied to 16 names in particular – the owners of TIDAL. Moves like Kanye releasing The Life of Pablo “exclusively” on the platform only for it to appear on Spotify and Apple Music two months later (in order to benefit from their much larger audiences) supported the suspicion while shitting on the hard fought high fidelity angle – maybe MP3 quality will do after all. But it’s an ongoing investigation into falsified streaming numbers that’s completely torpedoed the good ship we’re-all-in-this-together.

Of course, these numbers don’t merely serve to inflate the egos of the artists – they’re converted into revenue, which is what caused Dagens Næringsliv to start their investigation: if their accusations are true, not only would inflated royalties have been paid out to certain record labels, the remaining artists on TIDAL would have received a smaller cut from the platform’s subscription revenue because of it. Not very #TIDALforAll. Avengers, disassemble.