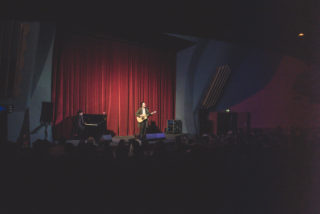 For one night only, Josh Tillman replaced Disney's live action remake of Beauty And The Beast

It’s Friday night at the Rio Cinema, Dalston, and a new picture is showing. It’s a comedy, a tragedy, a story about global destruction, a soul-searching biography, a satirical documentary, a laugh-out-loud apocalyptic thriller, a dark tail of wows and extraordinary highs. It’ll leave audiences howling, crying, raging and loving. It’s all of these things, and more!

This isn’t Beauty & The Beast, it’s ‘Pure Comedy’. Father John Misty’s dizzyingly ambitious new creation. Somehow, descriptions of his new album – his third as FJM – lend themselves better to the kind of captions you find on movie posters than a Jo Whiley voiced YouTube trailer. Perhaps, it’s because of the sheer all-encompassing scope of the thing, like a blockbuster movie made by a cast of hundreds but squeezed from one man’s mind.

Anyway, it’s apt that he’s chosen an Art Deco theatre in east London to share tracks from it for the first time in the UK. Before his performance, as the crowd crunch popcorn under their feet and settle into large, velvet seats, the half-an-hour documentary of the same name gets shown. Co-directed by Tillman, along with Grant James, it is, loosely, a chronicle about the making of the album. Shot in black and white, we see Josh Tillman in a Californian studio, conducting a choir and singing in the vocal booth. In more candid moments he lies on a garden bench exhaling cigarette smoke, and it ends with footage of him writing an impromptu ditty about his sound engineer Trevor. There’s no real narrative, it’s not the chronological story of the making of ‘Pure Comedy’ but it is a beautifully captured snapshot of the enigma at work, plus a few wry jokes. It’s online.

And then the man himself, walks on wearing a knee-length coat, unbuttoned shirt, accompanied by a single pianist. It’s starkly simple. Just Josh Tillman stood in front of an aging red cinema curtain. “Hi, it’s me, from earlier,” he says.

The set is stripped-down stuff. These are the songs from ‘Pure Comedy’ boiled down to their essence. No strings, no choirs. That’ll no doubt come with his festival headline slots later in the summer.

Even though often it’s just Tillman, his guitar and a rented P.A. it’s still arresting. He plays the majority of the album (‘Total Entertainment Forever’, ‘Birdie’, ‘Leaving LA’, ‘Smoochie’, ‘The Memo’), even finishing with a song which “could be on the next one”.

Tillman’s funny, relaxed, and perhaps not the exaggerated caricature some people might expect. “I want to say thank you to BBC6 for battering you around the head with this,” he says dryly before playing ‘Ballad of the Dying Man’.

It’s just one part of a night of engrossing moments, a collection of tracks which in their lyrical complexity simultaneously confront humanity’s largest questions while revelling in the minutiae of (some of) the answers.

It’s a shame shows like these – the unveiling of an often disorientatingly detailed body of songwriting – can’t be paused, and poured over and over again. 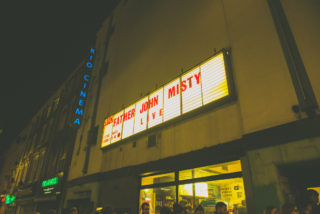 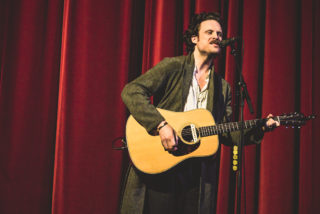 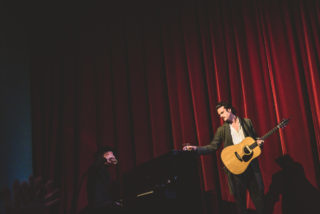