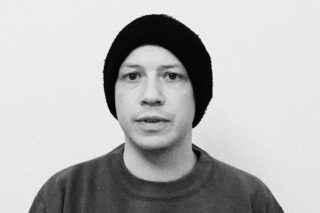 "People's biggest misconception about me? That I'm very serious."

Stuart Braithwaite’s latest project away from Mogwai is Minor Victories – a group he’s formed with Rachel Goswell of Slowdive, The Editors’ Justin Lockey, and Lockey’s brother, James. He likes animals and curry, and can take or leave Madonna, self-obsession and prison.

I’m lucky in that I’ve only had one non-music-related job (doctor’s receptionist) and I quite liked it.

Koh Lipe in Thailand is lovely.

My blue Telecaster and my skateboard if I had a spare arm.

I’ve hardly been on any dates to be honest.

My mum bought me a Rangers FC annual once. Martin our drummer also bought me a royal wedding cushion.

The end of the Scottish national football team’s campaign for the European championships.

I wish I was multilingual.

Peacefully, whilst asleep and very old.

I’m fine with it. Flaws are interesting.

Stick in – it’s all going to be fine.