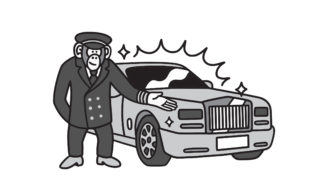 We were promised monkey butlers

2020 has not been a good year. Unless you’re one of those people who likes posting memes about what a terrible year it’s been. In which case, it’s been a very good year.

But don’t worry, this editorial is not going to be about 2020. At least, it’s not going to be about that 2020. Instead, we’re going to discuss the 2020s that never were – the ones predicted by people from the past that failed to come to fruition. The ones where Keanu Reeves had the ability to store a truly un-phenomenal 80gb of data in his head. The ones where the world doesn’t even exist anymore.

Why are we doing this? To show you that the grass isn’t always greener – or if it is, it’s because it is made of plastic and all life on earth is extinct. So put down your memes, place your zeitgeist phrases in a locked box and enjoy feeling good again for a few minutes (or however long it takes you to read 740 additional words).

Let’s start with a point we already touched on – the fact that 2020 exists at all. We all know that that the Maya people predicted the world would end in 2012 – idiots! – but others guessed that the grand cosmic curtain would close in 2020 (I’m writing this in November, so apologies if you’re reading this and the world has since ended).

Among these was psychic Jeane Dixon, whose adherents included two US presidents – who, as we know, always have sound judgment. Dixon successfully predicted JFK’s assassination and the 1972 Munich massacre at the Olympics (if you can ever call such predictions “successful”). However, she also stated that a cure for cancer would come in 1967 and that we’d be riding around in nuclear-powered buses by now. Luckily the world ending is one she got wrong (except for herself, since she is in fact dead).

So, we made it. Hooray! But even if Dixon had been right, we might have been okay anyway – so long as we colonised the moon. And of course, according to science fiction, we did! There are some obvious examples, like 2001: A Space Odyssey, which made space flight seem like one long advert for modernist furniture, but let’s look at a more obscure effort: 1983’s cyberpunk novel Software.

If Software’s author – and man with the world’s most pornstar name – Rudy Rucker had been correct, right now we’d be in the middle of a war with computer people who colonised the moon. But while Rucker was slightly off on the computer war in space, he did say that all the baby boomers would be living fearful, empty lives in Florida (he made no mention of them voting for Trump). A war against computer people on the moon certainly sounds cooler than the Twitter war against idiots that many of us wage today. But would it be any more winnable? Perhaps not.

Maybe instead we’d be better living in the 2020 predicted by the RAND Corporation. In its 1967 report Predictions for the 21st Century, the think tank confidently stated “by the year 2020 it may be possible to breed intelligent species of animals, such as apes, that will be capable of performing manual labour.” They went on to suggest that we might have “a live-in ape to do the cleaning and gardening chores” and possibly even ape chauffeurs who would “decrease the number of automobile accidents.”

Now, here is a 2020 I can really get behind – one with monkey butlers, dog dentists and perhaps even pelican proctologists. Unfortunately, as most animal owners know, it’s impossible to get them to accurately defecate where you want them to, let alone have them operate heavy machinery. As it stands, we’ve yet to successfully breed humans who can do most jobs properly, so animal servants may have to wait.

All of which is to say that 2020 looks like a bit of a washout, even in alternate realities. So what does futurology – to give it its most wanky title – have to say about 2021? Step forward Johnny Mnemonic, the 1995 film with the helpfully hard to pronounce name (“Hey, let’s go to the cinema and see Johnny Moronic!”). Starring a post-Bill and Ted, pre-Matrix Keanu Reeves, Johnny Mnemonic is a film about a world where psychic couriers deliver information uploaded into their brains.

The writers were a bit off with the amount of data computers would be handling by 2021, with Johnny’s maximum capacity a truly trifling 80gb (equivalent to streaming YouTube for a few hours). But while we might not have people carrying data around in their brains, we do have Deliveroo drivers, so that’s quite similar.

However, the internet in Johnny Mnemonic’s universe is an exciting mix of an MDMA trip and a laser show inside an exploding fireworks factory, whereas in our universe it is more like flicking through an endless set of uninteresting index cards inside the world’s most aggressive library.

So we don’t have dog dentists, space wars or a man who can carry a handful of JPGs in his head. And the world hasn’t been destroyed yet. But what can we learn from all this? Maybe that the future hasn’t been written yet, and that we can imagine – and create – whatever world we want, good or bad… or that monkey butler research has been grossly underfunded. Either is good.