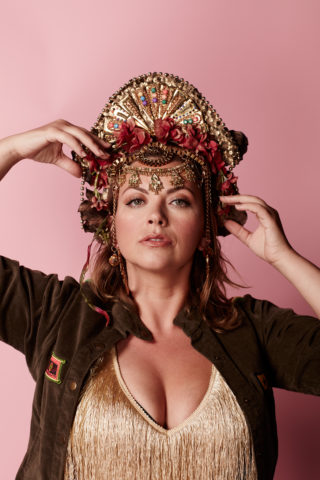 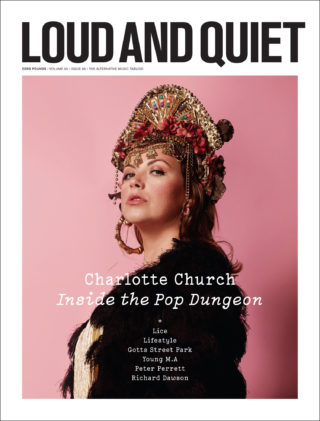 Since Stewart Lee curated an ATP festival around this time last year, we’ve been hearing about its unexpected hit – Charlotte Church’s Late Night Pop Dungeon. No ordinary covers band, the group that Church fronts, who mix the hits of En Vogue with Can and R. Kelly, is the singer’s latest off-beat move in a career full of them. For Loud And Quiet 86 (in stores this Saturday), we went to see what all the excitement was about, first in Birmingham and then in Cardiff, where Church spoke as freely as she always has about music, politics and her life.

New York rapper Young M.A meanwhile discussed her rising star as the hard-nosed freestyler rapping about being a woman; “smackie soul” collective Gotts Street Park welcomed us into their Leeds home studio in a bad part of town; new south London dub project Lifestyle spoke about moving on from the mixtape they’ve not even released yet; and we found that Bristol’s LICE are a young art-punk band who are making it up as they go along, exactly as it should be.

Thurston Moore remembers being 16 (he played the flute until the school band tried to make him wear a bow tie), Aldous Harding completed our Getting To Know You questionnaire, Peter Perret of the Only Ones shares his life memories as he releases a solo album at 65 and Richard Dawson opened the doors of his Newcastle home for the return of our My Place feature.

It really is the best issue of any magazine you’ll ever read. Ever.

Pick up a copy from Saturday. Pre-order a copy here.