Venice is having a rough early year to say the least, struck first by severe flooding and then by coronavirus. In between these two crises we accompanied Kelly Lee Owens to the city in the sea to marvel at its beauty, for issue 141 of the magazine – in stores this weekend. Back in London, we then discussed how she arrived at her new album, Inner Song, via a schooling in indie and swapping horses in north Wales. 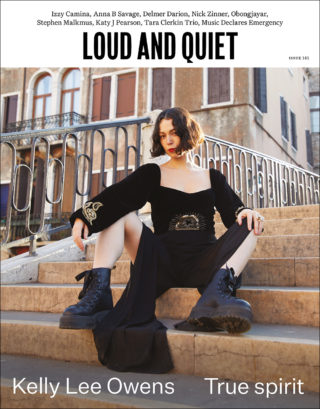 Also in L&Q 141, Anna B Savage talks about her New Year’s resolution (to wank more), Stephen Malkmus remembers being 16, in a hardcore band and dodging heroin in central California, and Nick Zinner picks the film scores that have most inspired him.

Obongjayar discusses race, trauma and spirituality in the UK – a place that was once home to LA artist Izzy Camina – and Savages drummer Fay Milton talks about what led her to co-founding climate crisis body Music Declares Emergency.

Plus the forthcoming month’s 32 most important album reviews, live reports, film and books.