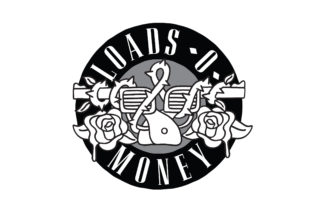 No one is quite sure why, but for some reason being successful – at least in monetary terms – is very bad for you. This is especially true if you’re a musician: you shouldn’t operate heavy machinery after drinking alcohol, and nor should you pick up a guitar if you’ve got too much money in your current account. Both can have catastrophic outcomes, resulting in the loss of fingers and/or dignity.

This phenomenon is most evident in the realm of the gig. At its best, a gig is a shared communal experience that takes us out of the present moment and connects us to others. Most cultures participate in this in one way or another, whether that’s Southern Baptist churchgoers singing spirituals, pagans dancing around Stonehenge on the solstice, or metal heads shoving each other in a mosh pit. It’s a human need, something sacrosanct.

But when gigs are more about money and less about a shared experience things start to go wrong. What was once intimate and personal becomes neutered and remote. What was once uplifting merely lifts money out of your wallet. In particular, I’m talking about the mega-gig.

A mega-gig is one put on by a band or artist as part of a major international tour. Aspects of the mega-gig include moving bits of stage, fireworks, large-screen projections, terrible music and monumental ticket prices. They involve rock bands staffed by old white men, cost millions of pounds to put together and make many millions more.

U2’s 360-degree tour is the perfect example. Spread over three years (thanks guys), it featured the band playing in the round, with a 50-metre tall metal “claw” hanging over the stage holding everything in place. They had to make three of these, which cost £15 million each and looked like part of a Soviet base from Red Alert: Command & Conquer Red, only with added impotency.

Such mega-gigs have an irresistible allure for both punters and the media. The latter loves the stats: ‘a single show consumes enough energy to electrocute all of America’s death row inmates’ or ‘it would take 10,000 children crying continuously for ten hours to fill up its water feature’ and so on. Or how in 2017 Guns N’ Roses grossed $292.5 million on the road (selling 2.68 million tickets to mostly innocent people), second only to – yes – U2, who aren’t just still getting away with this kind of behaviour, but doing so touring an album they made in 1987, making $316 million from us while we endure ‘The Joshua Tree’ for a second time.

That’s because you lose a sense of intimacy in a large crowd, like the time you saw John Bishop at the O2. Ask a theatre designer and they’ll tell you that a capacity of 2,000 is about the upper limit for an emotionally charged atmosphere. Yes, some people have had amazing experiences at festivals where crowds number in the tens of thousands, but this can usually be attributed to the ingestion of drugs and/or low intelligence – Manchester’s Parklife being a prime example.

Let’s go back to that U2 tour. Yes, it featured a giant claw. But did the claw prevent the band from playing songs of their ‘No Line on the Horizon’ album? No, it did not. And yes, the show cost many millions to put together. But did that stop Bono from turning up? No, it did not. The audience wasn’t even treated to the spectacle of the Edge falling off the stage – that didn’t happen until the ‘Innocence & Experience’ tour of 2015.

Back in 2006, I actually went to a mega-gig. The Rolling Stones were on one of their “maybe this is our last, but maybe it isn’t” tours. The gig took place at Don Valley stadium in Sheffield. It was very cold, and most of the audience was sat down. The band bashed through their hits affably enough, and the stage rolled out into the middle of the crowd at one point, which was sort of impressive. The sound quality was such that it felt like you were listening to the whole thing with a cardboard box on your head. I have no idea what the tickets cost (my dad bought them) but it was a lot.

Basically, I fell right into the Rolling Stones trap. I mistakenly thought seeing some old men play instruments in the far distance would be cool because it was in a big arena and the tickets cost a lot. I sort of knew it would be awful, but my market-trained mind tricked me into going anyway. (Also, part of me was thinking at least one of them would die shortly after, so I could tell my friends how “yeah, I saw them just before Keith died, actually.” Selfishly, all five have continued living to this day.)

The mega-gig is a scam, just like its American cousin the megachurch, where shyster preachers encourage the congregation to “give all they can” for the cause. We, the innocent punter, are drawn in to this leather-clad hook-a-duck, and only later realise we didn’t want the crappy plastic prize in the first place.

How much money can you make from an awards ceremony?

The digital music war is over – coffee is just coffee again