Rewind to late February 2020 – which now, given the Coronavirus situation feels like a long time ago – our plan with series nine of Midnight Chats was to bring listeners 10 new podcasts. To be honest as conditions grew more challenging we were still pretty satisfied to deliver eight in the end. They felt like the most open, thought-provoking conversations we’ve ever recorded with perhaps our most notable string of guests to date. So, in case you missed any episodes – or maybe you’re brand new to Midnight Chats all together – here’s series nine packaged together for your listening pleasure.

Episode 86: Kevin Parker (aka Tame Impala) insists on having a full length mirror facing him when he’s on a photo shoot so he can check his hair. This is what he talks about with Stuart Stubbs on this episode of the podcast, as well as new album The Slow Rush, and how Travis Scott listens to music the loudest out of anyone he’s worked with.

Episode 87: Carly Rae Jepsen is The Great Unifier – an artist who brings people of all varieties and music tastes together under a celebration of pop music. For this episode of the podcast, during a recent stop-off in London, the Canadian songwriter spoke to Greg Cochrane about being two decades ahead of the curve writing protest songs about the climate crisis, the strange stuff people gift her while she’s on stage (a CD demo?!) and her ambition to write a musical theatre production. Plus, some discussion about her anti-Valentines Day anthem ‘Let’s Be Friends’, the enduring praise for her 2015 album ‘Emotion’ and watching festival crowds mosh to her songs.

Episode 88: In his basement home music studio in London, Dan Snaith aka Caribou discusses life, death and family – the core subjects of his latest album Suddenly. Plus, the producer recalls the eventful birth of his daughter on a busy street and discusses the music community’s response to the climate crisis.

Episode 90: A few weeks after La Roux spent “New Year’s Eve” with Stormzy and a drunk Ainsley Harriott on Jools Holland’s Hootenanny, Elly Jackson spoke to Greg at her south London home. On the conversational menu: her early career, winning a Grammy, a “lost” Dr Dre collaboration, the panic attack that led to her latest album Supervision, how long albums are the worst and and why she won’t be on stage at 65 singing ‘In For The Kill’.

Episode 91: It’s taken Radiohead guitarist Ed O’Brien 30-odd years to release his debut solo album. He talks about how fear, confidence and expectation held him back until now. Recorded at the beginning of 2020 – pre-Coronavirus – the guitarist discusses living in Brazil, his admiration for collaborator Laura Marling and respect for the authenticity of Ed Sheeran, Little Simz and Stormzy. Plus, which Radiohead album he thinks is “shit” and why nothing beats 4am in Shrangri-La at Glastonbury Festival.

Episode 92: Comedian, drummer, podcaster, ex-Spice Girls fan and 2016 music scholar James Acaster talks to Stuart about why he became obsessed with that year of music and ended up buying 600 albums from it.

Episode 93: On stage: bare-chested rock titan. Off stage: gentle, conscientious human being. Simon Neil from Biffy Clyro in conversation on Brit Awards day 2020 about the state of the world, purpose and hope in generation Z. Plus, some chatter about sleep deprivation, the climate crisis, Greta Thunberg, Coldplay and Biffy’s new music. 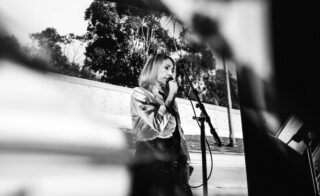 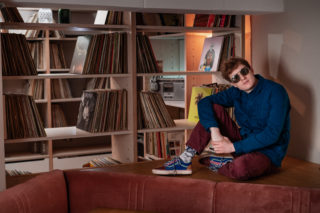 A year of magical listening with James Acaster