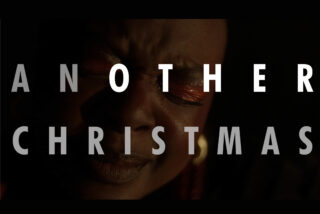 Another Christmas is a performance/film “to shine a light on those who don’t fit into traditional boxes.”

Music Beyond Mainstream – a collaborative consortium of some of the UK’s leading venues – have announced a new film called Another Christmas, which will be available to watch on their YouTube channel from December 16th.

The project was co-commissioned by Coventry City of Culture Trust and Barbican Centre and is presented in Coventry by Coventry City of Culture Trust. It takes a different (and more honest) look at the festive period than we’re usually used to at this time of year, with the help of music and performances by the Mercury-nominated ESKA, singer-songwriter and composer Douglas Dare, Duke Garwood, Irish musician, singer and actor Camille O’Sullivan, Feargal Murray and Oliver Coates.

MBM noticed how, in the media, Christmas is sold as a time of plenty and excess, with a pressure to consume and conform to societal expectations. But meaning so many different things to so many different people, this one-track bombardment of GOOD TIMES (aliens meeting boys, animated carrots, slowed down pop songs, and so on) can leave many feeling isolated and excluded.

As ESKA puts it: “This is sort of billed as a non-Christmassy Christmas but actually it’s even more Christmassy as a result by trying to focus on the reality of it. Not everyone’s sleeping in heavenly peace right now but we wish everyone a Merry Christmas and we wish heavenly peace on people whatever they’re going through.”

The film, which aims “to shine a light on those who don’t fit into traditional boxes”, says Creative Director Laura Ducceschi, features real people and real stories – like a cabbie working his usual Christmas day – interspersed with new music performances, like ESKA performing in an empty Brighton Dome and O’Sullivan playing at home.

Check out the trailer below, ahead of the film’s release on December 16th.