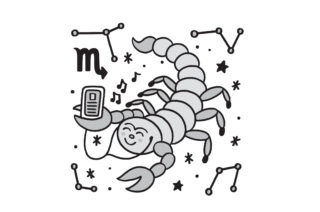 What of private space? Well, it’s not as if that really exists in 2019

Starbucks came for our public space. Facebook and Twitter constantly impinge upon our private space. Now, Spotify seems to want to go one step further.

In the excellent No Is Not Enough, Naomi Klein presents a lucid, forensic and deeply moving study of current societal turmoil as the logical climax of the West’s decades-long political project. One of her key propositions is that late capitalist brand philosophy manages a canny trick of abstracting the brand from the product; Nike don’t make trainers: they subcontract that production to underpaid labourers in faraway lands, before sticking their swoosh on them and selling them as authentic pieces of Nike apparel. Nike have very little to do with the physical object itself, yet their customers don’t care, and continue to see their name, logo, and empowering slogan (“Just Do It”) as marks of quality. People buy into the brand, the lifestyle, not the product.

In the 1990s, Starbucks, as the first of the coffee shop mega-chains, operated upon a similar premise. By marketing their shops as a “third place”, neither work nor home, they were able to present a lifestyle brand for us to fall in love with, to cling on to, but most importantly to buy into, both figuratively and literally. We don’t care about their coffee – have you tasted it? – we care about the ritual of “going for coffee”, working on MacBooks to the sound of frothing milk, reclining on cheap pleather sofas, being seen as part of the Starbucks crowd.

But wait. That “third place” – neither work nor home – doesn’t have to be Starbucks; it’s the pub, the park, the library, the community centre. There’s such a thing as public space. Why pay over the odds to drink cup after tasteless cup to a soundtrack of clanking coffee machines, wallpaper trip-hop and Damien Rice? Yet every high street is swamped with these places.

So, in a context of public space being increasingly co-opted by the corporate sector, what of private space? Well, it’s not as if that really exists in 2019. Our every move is GPS-tagged, our most intimate moments soundtracked by readymade playlists, our every shred of personal data at once increasingly and decreasingly valuable. Now, Spotify are seeking to go even further: they’re coming for your horoscopes.

Spotify are launching “Cosmic Playlists” – twelve lists that have been curated by astrologer Chani Nicholas to reflect the mood of each Zodiac sign’s horoscope for the coming month. Or something like that, anyway. Their statement on the initiative is a pretty confusing, contradictory mess of pseudoscience, new-age spirituality and mixed metaphors, in which everything is apparently measured in that universal unit, “vibes”. This hasn’t been launched in the UK yet but it’s just a matter of time.

Now, at first, this might seem a little silly or insignificant. What’s the problem here? Why not let people indulge a bit of hippy tittle-tattle, let off some spiritual steam? Horoscopes are, after all, bollocks, but that’s another conversation. It shouldn’t bother me.

Yet whatever one’s opinion of astrology, it’s a manifestation of that most fragile of human spaces: the one in which we rationalise ourselves, reflect, and seek meaning. I’m not saying it’s a particularly productive way of seeking that meaning, but others have every right to disagree. In 2019’s largely secular west, it’s relatively uncontroversial to point out that there’s something decidedly problematic about the charlatan spiritualists, faith healers and psychics who cynically profit from our internal wranglings with death and loss. Yet that’s more or less what Spotify are doing here: commodifying human imagination and spirituality, along with all the non-trivial emotional baggage that accompanies such stuff, to further consolidate their corporate dominance.

Maybe this is all a bit tin foil hat. Who knows, maybe this will never take off, and even if it does, it wouldn’t matter. Yet I can’t get away from another Klein quote here: “What haunts me is not exactly the absence of literal space so much as a deep craving for metaphorical space: release, escape, some kind of open-ended freedom.” The more big business encroaches upon the most intimate elements of our private lives, that craving becomes simultaneously more insistent and less possible to satisfy. Want to escape for a bit? Sure. Companies will help you do that ­– but they’ll do so on their terms. Call me old-fashioned, but that seems to miss the point a little.

Also, and perhaps most importantly, who wants to be told what to listen to by people like Russell fucking Grant?