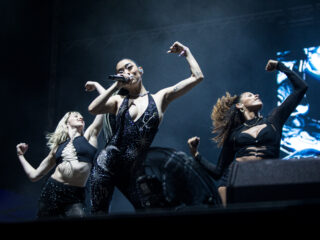 On Thursday night, Primavera became a palace of pop. Where Kacey Musgraves and Mabel whet the appetite with predictably blissful Fleetwood Mac karaoke sessions, those who didn’t immediately make the pilgrimage to the opposite side of the festival site for a painstaking scheduling clash with Shygirl nonetheless saw two of the most captivating voices in modern pop music, with the glorious one-two of Charli XCX and Rina Sawayama.

Whatever Charli’s latest album Crash might make you believe, generational pop music isn’t really pop music anymore. ‘Every Rule’ and ‘Twice’ were the only tracks not to make it in front of the Barcelona crowd from the new record, and while her hyper pop production doesn’t come through on a casual listen, sandwiched between a veritable Best Of the songs stand bare for their PC Music production to swallow whole. Sawayama’s own self-titled debut comprised the entirety of her set an hour later, with its new-age pop come nu-metal stylings completing a perfect double act of imperfect ‘pop’, whatever that now means.

There’s no material gleam caught in these peripheries, no set dressing to distract from the main event; the music is central. Charli’s production is little more than a smoke machine between two white stone pillars, her dancers siphoning through discreet costume changes while she remains dressed the same, however much she teases them behind red feather plumage fit for Broadway. Her backing track breaks and loops, but she seems delighted about it. “I don’t know what the fuck is going on,” she grins, lapping the stage with an audience call-and-response enough for the weekend. The sleek stereotypes that have defined decades of dimple-free commercial music are here to be broken with truly gleeful chaos.

It’s a workout: from a grungier, beat-heavy version of ‘Vroom Vroom’ to a falsetto-focused ‘Visions’, it’s a joyful ride between ’90s trance-indebted bangers to Cascada-esque Europop.  Sawayama joins her on stage to the night’s biggest reception on ‘Beg For You’. They’re face-to-face, riffing off one another like an old-school guitar battle, before Sawayama sprints the parameter of the festival site to not miss her own entrance on the Tous stage.

“Did anyone else just run over from Charli?” she pants, as Charli’s whole crowd duly filters in. Her production is equally minimal, despite a live guitarist and drummer adding flourishes to her backing track. It’s 40 minutes of picking genres out of a hat, from R&B to new age pop rock, disco to nu-metal. ‘Dynasty’ fronts absorbing visuals of DNA strands twisting into metal chains, and segues into ‘STFU!’ where Sawayama helicopters her ponytail as if in a Viking moshpit.

As better writers than me commented on the night, Rina Sawayama started as Janet Jackson and then became Limp Bizkit, before landing back at Jackson’s feet. Songs about Japanese diaspora merge into paeans to a queer space. She dedicates ‘Cherry’ to the LGBTQ+ community, as Bakewell-scented Vapes come out with alarming alacrity: “I’m an out and proud pansexual girlie. Here’s a little bit of Japanese City Pop for you.” 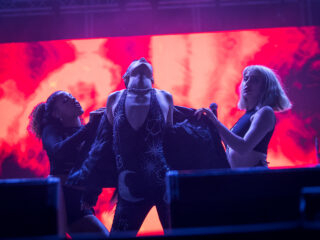 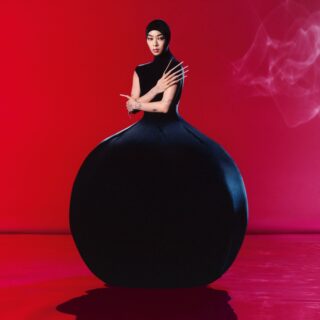 Immediate, exhilarating and a little bit dangerous: this is an incredible pop album by Rina Sawayama 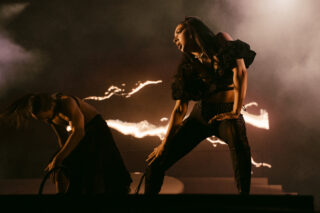 Charli XCX made everyone else at Primavera look amateur last night