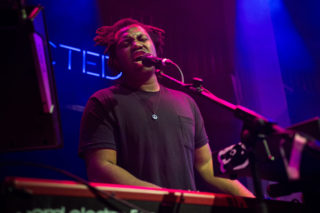 South London songwriter plays only his second show with his new, full live band at the Jazz Cafe (13 October).

It’s taken a little while for things to come to the boil for Sampha.

For most, first introductions were made to the south London songwriter when he varnished four of the tracks on producer SBTRKT’s self-titled debut album with his evocative vocal, back in summer 2011.

Prior to that, his label – still now – Young Turks, released an EP (‘Sundanza’) of his instrumental composers on CD-R. Put it this way, when Sampha first started trying to get his music noticed, he was still uploading it to MySpace.

Considering his debut album is yet to arrive, it feels like it has been a long wait. But with very valid reason. Speaking to The Fader a couple of months ago he talked about caring for his mother after she was diagnosed with cancer in 2010 (she sadly passed away in September 2015) and being preoccupied with his own health concerns. He’s not been silent, though, making high-profile appearances on tracks by Drake, Solange and, most recently, Kanye West’s ‘Life Of Pablo’.

Tonight is only his second show with a proper live band. On stage he’s joined by a synth player, drummer, guitarist and special guest cellist Kelsey Lu (who also plays a short support slot on the night). 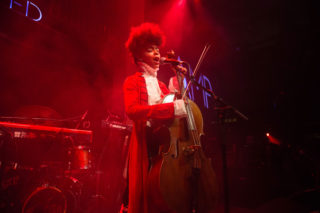 Previously, Sampha’s sporadic interviews and performances have been characterised by timidity, but it feels like the 27-year-old is ready to fully embrace his solo career. Dressed simply in black, he speaks to the crowd with confidence and looks comfortable. His distinctive voice cuts through with all the crackling pain and craggy soul that makes it so distinctive.

The set itself isn’t bombastic. It creeps, tip-toe into action, and shifts from one low-lit mood to another. It begins with the unfurling layers of ‘Plastic 100°C’, then slips into the contorting slow-jam of ‘Timmy’s Prayer’. “This next one is a new song of mine,” he says before playing cosmic ’90s R&B-influenced ballad ‘Incomplete Kisses’. ‘Happens’, sees things almost totally dialled down, just Sampha and his synth player performing.’Blood On Me’ is the closest thing in his collection to a big, pop anthem.

Sure, there’s improvement to come, the nervous glances to his bandmates will stop and the power of the low-key moments will grow. But, for Sampha, after more than five years of stops and starts, the time for tinkering with these songs is over. He’s ready. 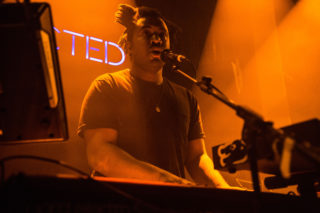