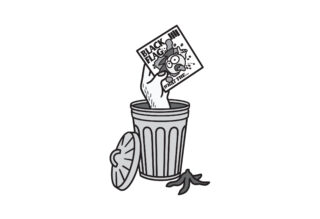 Glad we sorted that out

Thomas Wolfe was one of the most popular novelists of his generation. Writing at the start of the 20th century, he sold more books than his contemporaries – Faulkner, Fitzgerald, Woolf – and was loved by critics. Today, he’s largely forgotten, except for one paragraph in one of his books, in which he wrote: “You can’t go back home to your family, back home to your childhood… back home to a young man’s dreams of glory and of fame… back home to places in the country, back home to the old forms and systems of things which once seemed everlasting, but which are changing all the time – back home to the escapes of time and memory.”

Wolfe didn’t realise it at the time, but this paragraph perfectly captures a problem that comes up again and again in popular music. You can’t go back home. And no matter how much artists try to recapture what is past, it isn’t possible. The reformation. The reunion tour. The comeback album. It just doesn’t work.

Need some examples? How about The Stooges’ The Weirdness? How about those tours where a band plays an album from 20 years ago in its entirety? How about anything released by The Who since Keith Moon died (four albums and counting)?

“We couldn’t let the music die,” said Pete Townsend, explaining why the band kept going. And yet ironically, that moment – when you play as an act of preservation – is exactly when the music does die. Because music is supposed to be alive. Otherwise, it’s just another nostalgic attempt to bring back the past and put it in the present.

A few biographical details to get us all up to speed: Black Flag were one of the pioneers of US hardcore punk, with a simple and direct style. Their first LP Damaged is a classic, while the five other albums they released in the eighties all have good moments. Their lineup changed a lot, but the classic format was with Henry ‘TED Talk’ Rollins on vocals and Greg Ginn on guitar.

When the band split up in 1985 Rollins was in his mid 20s, while Ginn had just turned 30. Their final album, In My Head, got good reviews – but it was probably the right time to call it a day. They’d said what they needed to say and done what they needed to do. After that, Rollins went on to become a muscle man with a mouth, while Ginn raised a family and released a few solo records.

But like so many, Ginn found it hard to step out of the spotlight. As many people who experience fame – musicians, actors, athletes – find out, there’s nothing in normal life that quite matches up. The adrenaline rush of being on stage or on camera, the praise from fans, the feeling that your life has meaning… who wouldn’t miss all that? Struggling with this stuff is totally understandable.

However, very rarely is making a comeback the right answer to that problem. If you’re an athlete, your body has aged. If you’re an actor, you don’t fit the roles you used to play. And if you’re a musician, your perspective has changed. When The Who get up on stage and sing “I hope I die before I get old” while being, well, old… it just doesn’t make sense.

And so it was for Black Flag. Singing about TV parties, six packs and adolescent feuds worked when they were living it. But not once they were middle-aged men. Songs from What The… like ‘Down in the Dirt’, ‘My Heat’s Pumping’ and ‘Wallow in Despair’ aren’t exactly bad, but they just don’t feel genuine from 50-something dudes. That’s not to say middle-aged men don’t have anything to say – or aren’t allowed to express themselves – (go and listen to Sleaford Mods) it’s just that this isn’t what they should be expressing.

We’re almost out of space here, so I’ll just round up a few other key issues with the album. The artwork is terrible, and looks like something a teenage goth would sew onto their oversized jeans circa 1997. Rollins isn’t the vocalist on this LP, and his replacement Ron Reyes isn’t very good. And finally, it’s almost 45 minutes long, which is an insane length for a Black Flag album.

Now, is What The… the worst album of all time? No. But it does represent one of the worst tendencies in music: that urge to go back home. And for that alone it’s worthy of its place in this series.