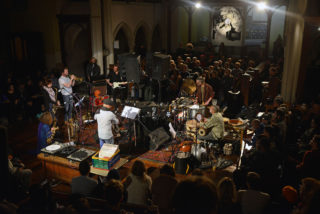 Chris Watkeys visits the new regular night happening in St. James the Great in Clapton, and speaks to those behind the idea

At a church in East London, Lex from Church of Sound stands behind the decks – spinning jazz records for the couple of hours before the band come on, rocking back and forth with a slight curl to his lip. But this is no affectation; the Church of Sound team clearly overflow with passion, both for jazz, and for bringing together this regular live event at St. James the Great in Clapton.

It’s an event which started early in 2016 and has just held its tenth edition. Their dedication to detail shows in every aspect of the show; from the beautiful church setting, to the curation of the artists who perform, to the delicious home-made food served up to the sold-out crowd and the real community feel which buzzes throughout the venue.

A huge part of what makes Church of Sound feel so unique is the ‘songbook’ format of the live music. At each event, the performing artist (tonight, it’s modal jazz collective Collocutor) plays two sets – firstly the songbook, in which they cover a selection of key songs by a chosen significant artist (this evening, that’s US jazz legend Yusuf Lateef). Later, the band return to the stage and perform a set of their own material.

The artists play in the round, surrounded on all sides by the audience in rows of pews. Of course the instrumentation amongst Collocutor’s seven musicians is fluid and revolving, and their take on Lateef’s music is exceptionally cool, poised and studied. Later the band return to perform the whole of their new album ‘The Search’; it’s dramatic and urgent, and by the end the crowd are dancing freely in the aisles.

Spencer and Lex, the founders of Church of Sound, explain the event’s genesis. “I’m a church organist, I play at a small church in Haggerston called All Saints, and my band rehearse there,” says Spencer. “I was constantly visualising what it would be like to have people there listening, rather than an empty church.”

Meanwhile his friend Lex (of artistic studio hub Total Refreshment Centre) had ambitions for the ‘songbook’ format. Searching for a suitable venue, the pair eventually hit it off with the people at St. James the Great, which became the event’s home, and Church of Sound was born.

“One of the downfalls of various previous attempts at the songbook format is that it leans toward wallowing in nostalgia, you know, harking back to when ‘music was real’, which is obviously such a pile of shite,” says Spencer. “So the two set idea was exciting for us because it meant that you could draw this line between this legendary music, but giving it a bent so one can see how relevant it is to new music that’s being created today by people in London”.

The last few events have completely sold out. Lex says: “I come from Paris, which has a massive culture of jazz, so for me it’s kind of a natural thing. It’s nice now that people here are so receptive and we’re able to curate things the way we want to.” Future ideas include extending the songbook idea from a single artist to a particular country.

It’s this inventiveness that forms part of the event’s appeal. It can be very easy to get stuck in a genre rut, to stick to what you know and love when it comes to live music; it’s events like Church of Sound that can break you out of that mindset, and open you up to something very different. 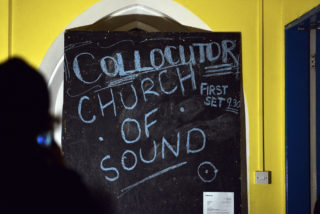 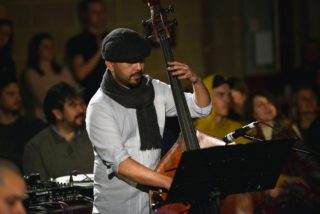 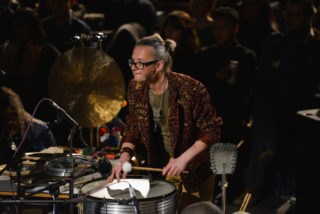 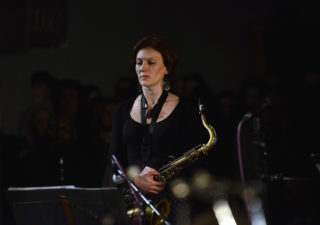 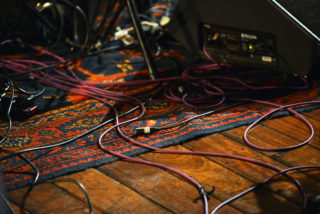 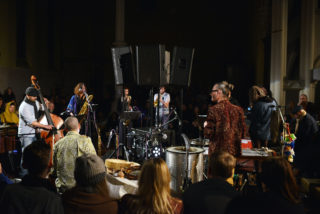 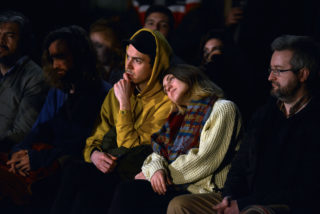