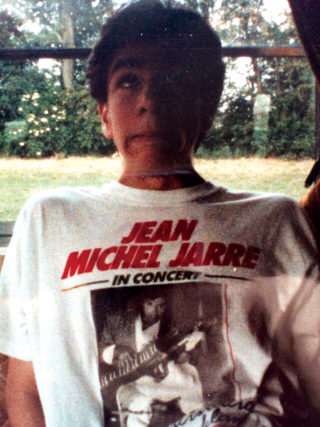 At the age of 16, Matt Berry was told he could take GCSE Music. This month he releases his fifth album

Matt Berry: Sixteen was very important to me because it was the age when I was told that couldn’t do GCSE Music, because I couldn’t read music. That was significant because I thought it was unfair, because other than painting it was the only thing that I was interested in at school. So the guy fucked me, in a way. He was like, ‘well, you can’t read music, so what can I do with you?’ I just thought, you wait, mate.

I approached music from a different angle, because I wasn’t interested in the theory side of it. I was given an organ when I was 14, and that was amazing, but I couldn’t play other people’s stuff, so all I could do was write my own songs, because I couldn’t read the tab, like the other kids could. I had a really early Tascam four-track, and I’d build up these songs, and that was what I was doing when I was 16. But the school side of it stopped at that point. They kind of had to shut me down, because all the lessons were going to be in theory, and I’d made it very clear that I didn’t give a fuck about all that, because I thought it might ruin the magic. And I still can’t read music, for the same kind of reason.

This was in Bedford, in a town that was normal. That’s the best way to describe it. I got into Jean Michel Jarre when I was around 12 or 13, and he was my first concert, when I was 14 – Docklands in ’88. A couple of the more interesting kids at school were into similar things, but everyone else was into Iron Maiden. Nirvana hadn’t yet happened, so it was also that early, first wave of house. It wasn’t great. Radio 1 was still playing Phil Collins. They hadn’t gotten rid of all those old DJs at that point. None of it meant anything to me, so I went backwards and listened to things like Roxy Music and Bowie and Jean Michel Jarre and Mike Oldfield. But I don’t think anyone else in my class had ‘Oxygen’, put it that way.

My parents were always great, and they never stopped me from doing anything. My dad would make homebrew and he’d let me have it whenever I wanted it. So before going out to the park, we’d get pissed on homebrew. It was homebrew, painting and music – that was all I did. I’ve got an older sister, and she’d take the piss, like any sibling does. She’d mimic my voice, which when you’re that age is a fucking liberty. Now it’s very funny, but when you’re 16 I would have been furious. But the thing is, she had the good record collection, and opened me up to Roxy Music and lot of stuff that blew my mind, so, y’know, they do have their uses. And you need someone to take the piss, because you can’t take yourself too seriously.

I didn’t play my songs to anyone at first, because, y’know, you’re just polishing turds for the first year or so. But I started to get the hang of it and I introduced more instruments into it – I had a guitar and bought myself a bass – and then I saw that Mike Oldfield had done all of ‘Tubular Bells’ himself, at the age of 18/19. So I thought to myself, I’ve got to get a move on. It was a big push for me. Doing it all myself was that control thing – I wanted to write the songs.

But I wasn’t particularly outgoing and confident; I just knew what I didn’t want to do, and that caused a bit of trouble at school. I’d been in a few school plays by then, but to be honest it was just an excuse to not do real work. It was something that I knew I’d be able to do but I didn’t take it too seriously. I mean, I wouldn’t have expressed it this way, but I knew when I was 16 that I wanted to remain in the arts, and that was what I wanted to do forever. I wanted to paint or do music, or even if acting came along, I would have been fairly happy with that.

They’ve asked me to come back to my school and give a talk, actually, and a couple of weeks ago I got an honorary doctorate from Bedford University, which was a real honour for me. But it’s kind of weird, because those thoughts can come back. It’s an ironic set of circumstances – being awarded something for your contribution to the arts, yet when I was doing the arts there, I was fairly unremarkable to them. I have often thought, though, that if they’d been more new aged about it, and given me loads of support and opportunities, I might have lost interest. Them not giving a monkey’s was probably quite significant, because it drives you. It’s all positive, though. And I’m really lucky. That’s the main thing. I’m very very lucky. 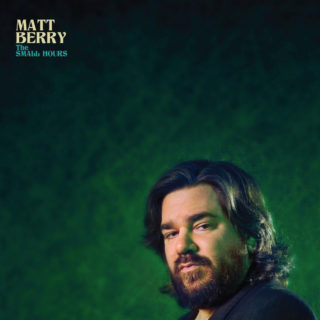 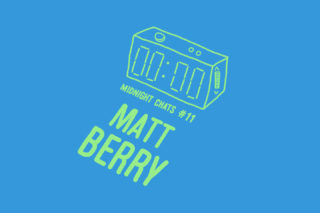