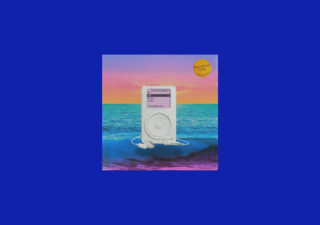 The National, Sharon Van Etten, Clipping and more have tapped into 2000s nostalgia as they rally around a struggling staple of independent journalism

A blessed group of music fans got a wonderful boost in their inboxes recently: a link to download Stereogum’s ’00s Covers Compilation. Featuring many artists the site has championed over the years, such as Illuminati Hotties and Hand Habits (as well as some truly heavy hitters like The National, Sharon Van Etten and Mac Demarco), the comp was a chance to support the magazine and celebrate its history through a particularly tough financial period. Having gone independent in January, Stereogum was already in a precarious position before COVID hit.  Though they’re one of the biggest indie music publications on the web, nothing was certain.

Thankfully, readers headed the call, and their Indiegogo campaign raised over $370,000, in no small part thanks to the genius idea behind this album. Though a full list of artists was announced in advance, we had no idea what songs would be covered. What better way to entice music fans than combining nostalgia with nerdy predictions?

The album managed to reach the number 11 spot on the Billboard album chart, and it’s already become its own cultural moment. Covers in general seem to be having their own comeback in recent months, thanks to ridiculous projects from the likes of Weezer and A. G. Cook who upend expectations for what makes a good cover. The influences for Stereogum editor Scott Lapatine were humbler, though. A fan of magazines like Mojo and Uncut in his teens, he felt now was the time to bring back the kind of unusual, gargantuan covers compilations those publications would bundle with their magazines. But why the 2000s?

“The nostalgia cycle seems to go in periods of 20 years,” he told Vulture. “I can’t really think of an ’00s covers album that’s been done — though I’m sure it has — but it just worked out. Like, this is good timing, everything will be back. We’ll be wearing Juicy Couture, and — what were those hats? — Von Dutch, and everything”.

There’s no doubt that we’ve been on a bit of an ’80s binge, culturally. Gated drums, tacky horror movie synths and VCR filter are fuelling habits in the mainstream and the underground. We’ve now established what ’80s nostalgia sounds like, over and over again. It feels less like a reflection of the past and more a contemporary feedback loop. 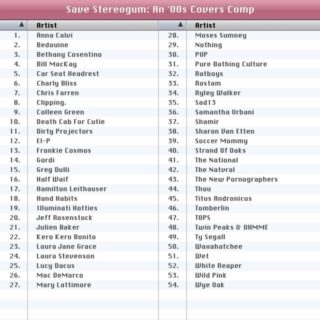 The ’00s will be the first decade we mine for nostalgia that I was actually there for, culturally, so for me, an upcoming wave of ’00s nostalgia is an exciting prospect – what anachronisms are going to be unearthed and mutated? What hit will be remembered as quintessentially ‘00s by the end of this decade? Surely ‘Toxic’ by Britney Spears will live on as the most 2000s thing ever in the collective consciousness? This Stereogum compilation, with its 55 tracks and vast assortment of knowledge from each artist, acts as an excellent indicator. It’s an interesting look at what key tastemakers – our current indie darlings – think of the music from twenty years ago.

The very best covers are the ‘aha!’ moments that happen when an act connects the dots between the past and present. Kero Kero Bonito covering Late of the Pier makes complete sense, and underlines just how forward-thinking the dance-punk group were. Laura Jane Grace covering ‘This Year’ by the Mountain Goats is a stunningly raw take, emphasising the brute force that was always there in John Darnielle’s delivery.

Then there are the batshit moments, like Illuminati Hotties covering Britney Spears’ ‘Lucky’ over an instrumental that sounds like Amy Winehouse’s ‘Valerie’ and Jet’s ‘Are you Gonna Be My Girl’ violently fused. The references tumbling over each other are an absolute joy.

Part of the appeal of this compilation is the range in tone and ideas. Sure, there are your typical faithful renditions: you have Rostam and Hand Habits both covering The Strokes in a more acoustic fashion; Dido and Coldplay both get tasteful nods; Pure Bathing Culture doing Robyn with a glam edge makes a lot of sense too. Of these more traditional covers, its Waxahatchee’s stripped back version of PJ Harvey’s ‘You Said Something’ that captivates the most, which is to be expected from a singer of the magnitude of Katie Crutchfield.

But it’s the left-field choices and idiosyncratic deep cuts that I think we’ll keep returning to. CLIPPING.’s blown out and mangled version of J Kwon’s ‘Tipsy’ is a masterclass. By turning the hedonism of the track up to its extremes, the group make something completely transcendent. Moses Sumney going all-in with the Autotune on his cover of T-Pain’s ‘Can’t Believe it’ demonstrates just how much beauty and drama that effect can create, and how much influence its use has had over the last twenty years of music. Then, there’s the tonal whiplash of going from Mac Demarco’s ridiculous pitch-shifted version of ‘Photograph’ by Nickelback, right into Sharon Van Etten doing an artsy, straight-faced reimagining of Portishead’s ‘Machine Gun’.

I went into this compilation expecting some insight into what ’00s nostalgia might look like, and indeed we get that here. Avril Lavigne, Gwen Stefani and the Yeah Yeah Yeahs are all going to rightfully get their dues. But I also was reminded of how powerful covers can be in the right hands, how much fun we can have looking back on the past. With so many surprises and pivots, I can’t recommend diving into it enough. Not only are the 2000s about to come back, but so, hopefully, will wild compilations like this – and fingers crossed, publications like Stereogum will be there to guide us through them.