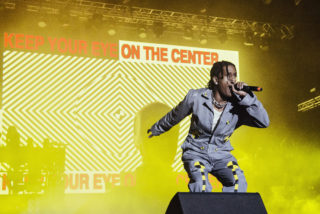 Testing - in a few ways

If Primavera Sound was looking to go out with a bang, then they certainly had the right explosive. Taking care of the Saturday night headline slot on the vast SEAT stage, ASAP Rocky brought down the curtain on the 2018 festival with a set that was equal parts intensity, bombast and charisma, yet maddeningly self-indulgent.

One of his first European shows on the back of his new album ‘TESTING’, it’s clear that Rocky is currently in the mid-stages of a career metamorphosis. “My new album is really about testing new sounds,” the rapper told GQ earlier this year, and if that were true, then the accompanying stage decoration suits the idea perfectly. Dressed in a jump suit and accompanied by a giant, monolithic crash test dummy’s head, the set looks like a proving ground for the sound-clash and new sonic territory that Rocky has been working on.

Even if the Harlem rapper has been exploring fresh horizons recently, when it comes to delivery, some things never change. ASAP has never really been about finesse, and tonight he serves up songs both an old and new with typical sledgehammer bluntness. This works fine on songs like ‘Fuckin’ Problems’ when he can let loose and get into full flow, but for large portions of tonight’s set, it feels like he can’t quite find his groove. At times, ‘TESTING’ is basically an experiment in sonic abrasion, and tracks from that new record come across like sketches rather than actual, structured songs; beginning with promising drops and breaks and descending quickly into atonal dirges and non-sensical yelling. 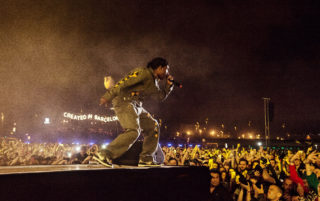 In fact, the flaws of the record are also the flaws of tonight’s performance. Like the album, the whole set appears half-finished, in development and disjointed; a stream of concepts rather than anything resembling a realised stage show. It couldn’t go more than 90 seconds before ASAP pulled some fourth-wall-breaking stunt and ruined the immersion. Songs just began and stopped abruptly, and large portions of the set seemed to be made up of Rocky’s hype man shouting about “opening up” mosh pits while the rapper smiled dementedly into the TV cameras. So numerous were these little asides to the camera, that there were times when it seemed like the performers had forgotten they were playing to a packed open space and instead thought they were making a music video.

So, after what seemed like an hour and a half the show suddenly ended in a cascade of dry ice, fireworks and confetti. Rocky wasn’t even rapping at this point – instead he was just yelling buzzwords at the (admittedly hyped) crowd. The idea, clearly, was to present Primavera with one last Kodak moment, the result was something much more Partridge.

It was a perplexing but oddly fitting way to end a festival that had both moments exciting (Idles, Nick Cave) and bizarre (Björk, Arca). If people were looking for a closing performance that was a talking point, then ASAP Rocky provided one. Even if it wasn’t for all the best reasons. 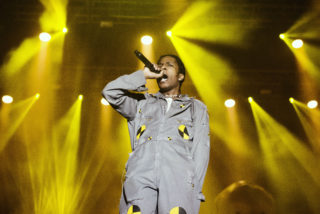