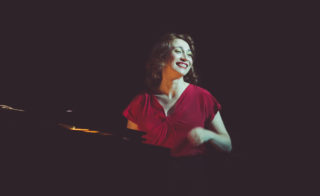 She comes into her own when, well, she's on her own

A hallmark of recent Regina Spektor albums is that despite a continuing preponderance of elegantly idiosyncratic songcraft, you’re now never more than 10 minutes from a cutesy reggae pastiche or a Radio 2 piano ballad with all the characteristics of an overripe banana. Spektor appears to have extended that to her live incarnation: for every joyful demonstration of what a distinctive songwriter she is, there’s another of faux-naivité that feels less like the work of a brilliant auteur two decades into her career and more that of light opera.

Tonight’s opening half-hour is the purest distillation of this approach: she follows the opening sing-song nursery rhyme of ‘Folding Chair’ with ‘Eet’, a tender ode to self-consciousness, before diving straight into ‘Grand Hotel’, a song that, were it not for the tinkling xylophones and mushy synthetic strings that leave it resembling the incidental music in a Disney Christmas movie, would be as evocative as anything Spektor has written.

While the set occasionally smoulders during this opening section, it’s only when her band depart that it truly catches fire. Her ‘Apres Moi’ is brimming with dynamism and just the right level of histrionics – the final Russian verse, in particular, is not just an impressive party trick but also deliciously wrong-footing – and becomes perfect proof of how beautifully Spektor can bloom when the jaunty distractions surrounding her are removed. A touching speech about her US emigré status precedes a ‘Ballad Of A Politician’ made even more cutting by recent American sabre-rattling, before two songs on solo guitar – ‘That Time’ and live favourite ‘Bobbing For Apples’ – come closest to resolving the discrepancy between the two sides of the Spektorian musical personality: bold, testy and arresting, but also delightfully eccentric, hearing Spektor repeatedly singing “someone next door is fucking to one of my songs” amplifies all the attendant humour, self-awareness and observational knack in her work.

Unfortunately, the gig’s original holding pattern returns along with her band, and reaches its apotheosis with the juxtaposition of ‘Ne Me Quitte Pas’, all cod-reggae Casio keyboard twee, with ‘Us’, a song of towering, inescapable grandness almost beyond its means. It’s only when Spektor closes the encore with the tear-jerking solo rendition of ‘Samson’ that we glimpse her powers undiluted for a final time.

“Guys, I wrote a setlist”, she pleads at one point to deflect another flurry of inter-song heckled requests. “I worked real hard on it too”, she adds, defiantly, although quite what she was so proud of is unclear: although there are many irresistibly heartrending, cool or just plain musically audacious moments tonight, there’s also little by way of momentum, leaving her 100-minute main set feeling even longer. That stylistic restlessness, combined with the richness of both Spektor’s personality and her songs, renders the final third, especially after her earlier flawlessness, a bit of a slog. It also emphasises how needless tonight’s accoutrements are and suggests, tantalisingly, poignantly and actually quite charmingly, just how perfect Spektor’s songs are unadorned. 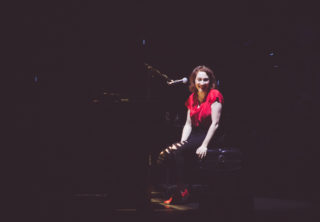 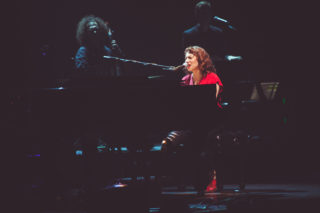 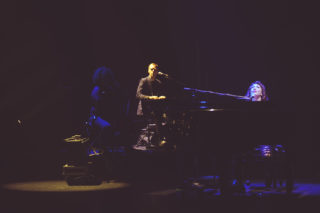