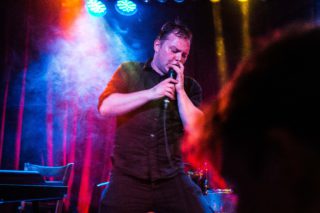 Glistening in sweat and champagne, the star of our April cover launches himself from the stage into a forest of hands. The cadence of the encore – Frank Sinatra’s ‘That’s Life’ sung to karaoke backing track – still hangs in the room. Euan Hinshelwood, moonlighting from Young Husband along with bassist Joe Chilton, grins manically and cradles a foaming bottle where his saxophone was.

The celebrations are for ‘Excellent Musician,’ the debut solo record post-Let’s Wrestle, released today (Friday 30 June). Wesley Gonzalez’ teen indie punk band was much trailed in these pages before it was put to sleep a couple of years ago. It’s not like the set built to this point, it began at this pitch – he’s dressed his band up in these hideously drab yellow T-shirts for one thing – and this absurd explosion was needed to bring it to a halt.

Wesley’s strategy for solo artistry is less about the coy flexing of a Father John Misty or fellow holographic pathos hunter, and more about a raw grandiosity that manhandles you into a zone of total performance. Whatever the opposite of audience participation is, this is it. If you don’t like it there’s no clever response or ironic back door, you subjugate yourself or quickly leave but only about two people do, pressing around those flocking in to glom on the spectacle. Wes thrashes his bulk, punches the air, tells you his pain; it’s a very real and passionate thing to witness in the supposedly brain-faded hyperspace of 2017.

His ruined mind is the product of growing up money-poor but culture-rich in money-rich, culture-void Muswell Hill. His hang ups, grudges and flickering romantic hopes provide the material of a gripping narrative. It’s carried by a non-stop piston of whizzing, deranged keyboards – an aroused dial-up connection sparking against your ossicles until they’re ground down to astro coke. After the latest single ‘I am a Telescope’ breaks open the set there are at least eight more songs – ‘I Spoke to Euan,’ ‘Piece of Mind’ are show tune confessionals hopped-up on saxophone and therapy ballad ‘Come Through and See Me’ has the outro of the century – but it goes by in a flash. 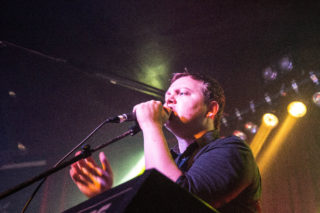 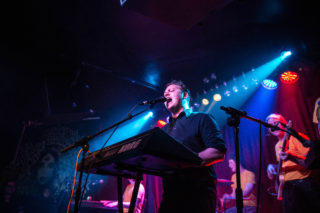 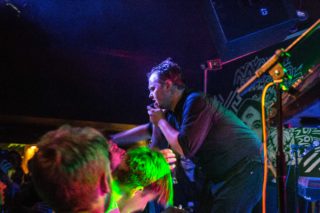 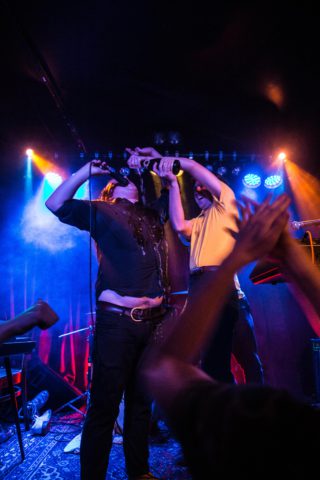 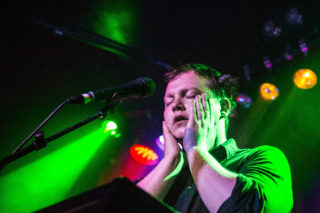 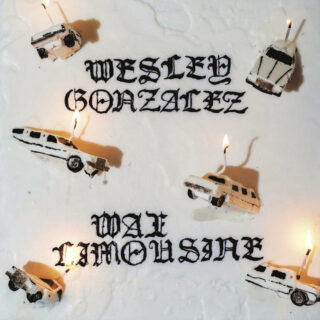