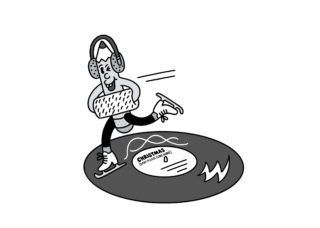 Every single Christmas song, however obscure, is now at risk

You won’t admit it now, but eight years ago your favourite Christmas song was ‘All I Want For Christmas’. You were right to feel good about it; to watch the face opposite you crumble as you told them. They’d completely forgotten about it, and you were right; it was the best Christmas song. The problems started when that defeated face switched out ‘Last Christmas’ for your clever answer and started hammering it on Spotify.

The fact of the matter is that, since the official banning of any new Christmas songs being written following Coldplay’s ‘Christmas Lights’ in 2010, the earth’s natural resources are running low. As commerce booms and John Lewis continues to demonstrate the true devastation caused by an old pop song played at half speed on a piano whilst a pencil goes ice skating, a parsnip is reunited with its family, or a gnome gifts their fishing rod to a homeless dog (all ideas I’m willing to discuss with the company), every single Christmas song, however obscure, is now at risk of becoming the next I-hope-you-choke-on-it ‘All I Want For Christmas’.

As someone who knows nothing about betting or how odds work, I’d advise you not to lean on your local BetFred to honour any of the below, but here’s how the few remaining underplayed Christmas songs worth anything at all are likely to fair in the coming years, in terms of being rediscovered by your awful friends and a company who thinks it’s ok to depict a baby bear reassembling a rusty robot for a sick badger spending Christmas Day in hospital to sell Chilly water bottles to us stupid, stupid people.

I’m sorry to say that it doesn’t look good for this absolute pearler from the Phil Spector Christmas album. I mean, it’s inclusion in this year’s DFS campaign (the one where the people made of patchwork cloth put you off ever shopping at DFS) is what started me down this track. Just like ‘All Alone At Christmas’ circa 2017 – also by Love and featured briefly in Home Alone 2 – you’ve probably only got the rest of this year for it to remain your favourite Christmas song. I wouldn’t even say keep it to yourself – by the close of 2020, your friend who doesn’t even like music will be requesting this one on Magic’s request show and feeling very pleased with themselves.

Something more bullet proof is ‘Driving Home For Christmas’. It’s survived fronting Iceland’s Christmas campaigns in 1997, 1998 and 2011, a rerelease in 2009 for the charity Shelter, and obligatory covers by Michael Ball (a man who only makes music to oversaturate the Christmas market with) and X-Factor’s Joe McElderry and Stacey Soloman. What the hell is with people’s reluctance to rinse this record about being stuck in traffic?! It’s because Chris Rea looks like a shoes, isn’t it? Good news for us fans.

Did I miss this track being everywhere one Christmas, or is this one of those occasions when everyone just presumed that someone else has already done it, like when only 86 people name the Queen as a member of the Royal Family on Pointless. Ebay or Argos have done this, right? With kids running all over the place and throwing wrapping paper in the air.

Mistletoe and Wine by Cliff Richard (1988)

I am both sad and happy to say that I think we’ve gone past a time when ‘Mistletoe and Wine’ can do a Mariah. It doesn’t help that it already sounds like a John Lewis slow-down in its original form, but Cliff Richard so sincerely singing about the Christian values of Christmas… it’s not very… y’know… post-happiness, is it? I mean, we’ve had Guantanamo Bay now. It’s just not going to fly with people these days; most of which would probably suggest it creepy how Cliff sings through a window to a sleeping child in the video. To those people I say, ‘SHAME!!!!’ (I’m doing the Game of Thrones ‘shame’ gesture – another disgusting thing we’ve created since this golden moment of love).

‘Little Drummer Boy’ is what happens when an elderly man finally invites his neighbour over at Christmas only to discover he’s a very confused drug addict called David. They attempt awkward conversation, think better of it and sing a song together – or rather two different songs at the same time, badly. Force this into becoming your favourite Christmas song. It is incapable of selling a single unit of anything, and matches you karaoke ability beautifully.