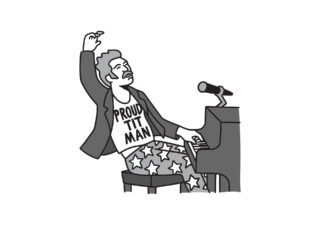 A comprehensive study of awkward songs about parenthood

Last year I successfully implanted my genetic material in another person (I won’t bore you with the details of how I did it) and now I’m about to become a parent for the first time. Thank you for your well wishes! Mother and yet to be born child are both doing fine.

But now the moment of birth is almost here, and after eight months of sitting around twiddling my thumbs it will soon be time for me to spring into action. As doctors inform me that, no, I won’t be able to breastfeed this new human myself, I have instead been searching for other ways that I can help – and I think I’ve found one: music.

I don’t mean a birthing playlist filled with songs like ‘Better Together’ by Jack Johnson or ‘Make You Feel My Love by Adele’ (which, according to a recent study, are the two most popular songs to play for your partner while they are in labour. I know). I mean actually writing a song about the child once it is born. That way, when they grow up, they can fully appreciate what a loving, caring, cringey person I am.

Of course, I didn’t come up with this idea myself – there is a long history of musicians writing songs about their children. From John Lennon to Kimya Dawson, to Kurt Vile, it seems that parenthood is a go-to topic for new fathers and mothers. It makes sense, because you can’t be writing about breakups, heroin or football every time you pick up a guitar.

I’m not much of a musician compared to these famous names (in fact, compared to many un-famous names), so to help me out I’ve conducted a comprehensive* study of songs written about babies, birth and the general process of becoming a parent. Along the way I’ve discovered that these songs can be broken down into several distinct categories. I’ll now address each of these, which should help me decide which type I should write myself.

The first category is perhaps the most obvious: the lullaby. This isn’t surprising, because – as everyone loves to tell you when you are about to become a parent – babies cry… a lot… and so you need some way to put them to sleep. A nice gentle song (lullaby literally means to ‘lull someone near to you’) is a good way to do that. Songs that fall into this category are John Lennon’s ‘Good Night’ (which, weirdly, he then got Ringo to sing), Sheryl Crow’s ‘Lullaby for Wyatt’, and Billy Joel’s ‘Lullabye (Goodnight, My Angel)’. These songs are all rather nice, but quite frankly I don’t have the kind of voice – or personal dignity – that could carry something like this off.

Similar to the lullaby is the schmaltz song. These are the oo-ee-gooey tracks that musicians seem almost compelled to write once their child arrives in the world. ‘Isn’t She Lovely’ by Stevie Wonder is maybe the most famous example, but you don’t have to look far to find them: Kanye West’s ‘Only One’, DJ Khaled’s ‘I Love You So Much’ and Adele’s ‘Sweetest Devotion’ are all nausea-inducing numbers. Given that babies are rather proficient at vomiting, perhaps this is appropriate.

Another popular type is the empowerment track – a song that gives sage advice to the future-adult that you’ve helped create. This type is particularly prominent among cool parents: Sleater-Kinney, Ben Folds and Lauryn Hill all have songs like this, ones that you would be proud your parents wrote. Yusuf Islam’s ‘Father and Son’ is maybe the most famous example of this type.

However, as someone significantly less cool than all of these people, I don’t think an empowerment track would work… and, frankly, I can’t think of anything empowering to say. What I need is something more, well, stupid.

Enter my favourite category: the embarrassment track. These are ones where the songwriter-turned-parent writes something that the child will be severely ashamed of once they become teenagers. In many cases these are excellent songs, just so long as they are not written about you. Bjork’s various odes to breastfeeding (‘Pleasure is All Mine’, ‘Mouth’s Cradle’) certainly come into this category, as does Semisonic’s ‘Closing Time’ (which, apparently, is about ‘the womb closing’ after birth rather than about a bar as everyone assumes). But the real king in this category is Loudon Wainwright’s ‘Rufus is a Tit Man’, featuring lines like, “Marco Polo craved the spice and silk, and Rufus craves the mamma’s milk.” Amazingly, Rufus survived this ordeal to become a successful musician and parent in his own right.

So, having assessed the landscape, it is clear to me what I must do: write a song about parenthood so truly embarrassing that it will cause my future daughter to one day disown me. Maybe something with the line, “Your mother wore spectacles, you came from my testicles.” I’ll get working on it now.

*I spent 15 minutes on Spotify 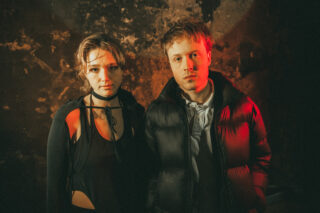 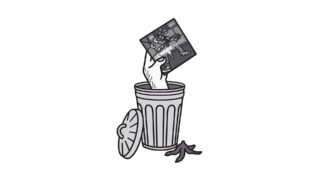