Until last year, Flo had never been on a stage. Had never wanted to be on a stage. In fact, ask her and her natural instinct when presented with a stage would be to run a mile. This year, Dry Cleaning are struggling to keep on top of their many bookings; with that same Flo being widely tipped as one of British music’s most dynamic new voices and a compulsive stage presence. What happened?

Though from South London and specialising in wiry, angular post-punk – with abrasive, sarcastic spoken word lyrics – it is worth pointing out that they’ve little to do with the similar South London scene centred around Brixton Windmill. Nick, Lewis and Tom – who make up the rest of Dry Cleaning – had been lugging away in various bands for over a decade and found themselves particularly jaded. They decided to strip things right back, and practice at Lewis’ parents garage with the express purpose that the results would – at most – turn into a good live band for their mates to enjoy at parties. Certainly not another band, or any ambition. “It was like being sixteen again,” says Nick over chips and pints in a Peckham pub, “jamming, recording it on the phone, Lewis’ mum cooking us pizzas.”

The band that wasn’t a band did have an absence for a singer, and various friends pitched themselves to Nick, Lewis and Tom for the vacancy. At some point – and it’s vague as to quite whose idea this was – the band’s artist friend Flo was mentioned as a prospective vocalist. Flo, sat with the rest of the band, visibly creases at the memory of being propositioned to join the band. Attending a friend’s art show with Flo, Tom blurted out the proposition virtually mid-sentence. “Immediately my reaction was terror,” remembers Flo, “as if I would ever do that, truly that was my first reaction. But then a tiny bit of, wouldn’t it be cool if I didn’t feel that way? Wouldn’t it be cool if I wasn’t really scared?”

Though all of the band knew that Flo had no prior experience in music they were aware that she’d used bits of her own text in her art. This also meant that when the first rehearsal came around, Flo had an arsenal of phrases, observations and found statements saved on her phone from which to draw on. “Because I make lots of things,” she explains, “I’ve always got this mentality of, it’s good to collect stuff if you’re creative as you’ll wind up using it. Overheard things, found things, my own thoughts if I was getting pissed off but wasn’t brave enough to shout at people.”

For the first rehearsal, Flo sat in the corner as the band played the handful of songs that they’d finalised at that point. For the first half an hour she didn’t make a noise – natural shyness and a desire to observe quite what the band had put together. “I’m not saying I knew it would work, but then as soon as Flo started to sing, within seconds, it was like, that’s it!” Tom grins, “fully formed.”

Early shows were strange; the band recorded an EP before having performed live, and Flo was consumed by stress at what the onstage process could possibly involve. “I was absolutely, completely terrified. I’d obviously heard of soundchecks, because I’ve known people in bands really well, but that doesn’t mean you know what actually happens in one or what you have to do.” She shakes her head. “The first show I was really really scared, but I’d made a decision before I did it – and actually in the first practice – that I would just try and be myself as much as possible even if that meant looking really nervous.” Its these same nerves and an unfussy lack of bravado that have made Flo such an engaging live performer. Similarly, her vocal delivery is deadpan, slightly dour – it’s all delivered in such a way as to make you question how she really feels about the words coming out of her mouth. Much of this, Flo explains, is down to the writing techniques she uses, ideas of cut-up text and found words that you can put down to her artist background. 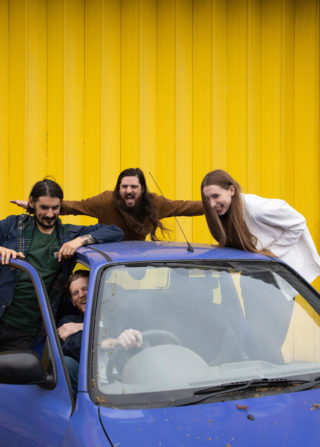 Dry Cleaning’s debut EP, ‘Sweet Princess’, takes its title from a line in the opening track ‘Goodnight’, which begins with a life trauma and the death of a cat in the first thirty seconds. “That song,” Flo points out, “is based on a selection of YouTube comments that I found underneath songs. It’s people commenting underneath songs about what they make them feel like.  Just ones that interested me, that I thought were poignant or touching. They’re written in quite an immediate way.” These found phrases run the gamut of human experience, from “the only thing that kept me going was Saw 2” to “have you ever spat cum onto the carpet of a Travelodge?”.

“Love is a kind of big thing,” David Byrne once said of his approach to lyric writing, “I try to write about small things.” Flo writes almost specifically about the small things, the minutae of human experience – jokes that fall flat, conversations that don’t work, social encounters that spill out into aggression. This clearly informs her everyday life too. “I didn’t know whether to hug or shake hands!” she beams when we meet.

“I’m quite an anxious person” she explains, “so things I worry about are things like socialising. Sometimes I plan what to say, as many people do; when you’re going to a party I’ll practice things I have to talk about. Not all the time, just if I feel nervous. So I guess because I do that all the time in my head that kind of thing interests me. Also observing other people when they’re going through similar things. I like advertising speak; I think it’s interesting how that filters into normal people’s conversation, that’s interesting. Social media, people promoting themselves as a brand, that blurring between interpersonal conversation and copywriting for adverts, the way that merges I find really interesting. I’m not interested in critiquing that, just observing it.”

The standout track on the EP is ‘Magic of Meghan’, ostensibly a love-song to Meghan Markle. Or is it? “You’re just what England needs,” Flo states blankly, “you’re going to change us.” That track came from the breakdown of Flo’s last significant relationship. “I was really sad at the time,” she explains. “I was moving out of a flat. Harry and Meghan got engaged on the morning that I was packing up most of my stuff with my mum and one of my best friends. I just got really into it and found it moving how sincere their relationship comes across… getting really involved in their story helped me to feel better. And that’s basically what it’s about.”

Would you have ever expected to find yourself really interested in a Royal Couple?

“It is a bit of a long standing interest of mine… I’m not a royalist but I’m… endlessly interested in them.”

The band certainly share commonalities with other acts that use spoken word and surrealism, like audiobooks or Sleaford Mods, but they wince at the comparison. “All of the sudden people are talking in songs now? There have always been people talking over music,” dismisses Nick. “People say it’s like the Fall – now the Fall weren’t the first band to talk over music.” 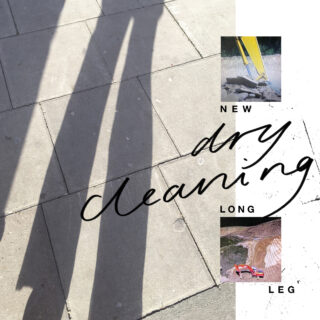