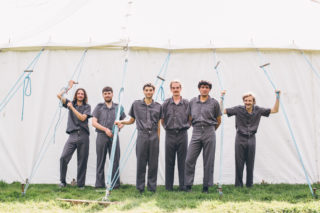 Over the past forty years, Manchester has become synonymous with ambition, with its perennially active music scene celebrated like no other in the UK, particularly during the punk and post-punk eras of the ’70s and ’80s. From Northern Soul’s teenage hub The Twisted Wheel through to congregations that gathered on dancefloors during the acid house explosion, it’s a reputation that refuses to go away – sometimes for better, sometimes for worse.

One label that epitomised the spirited gloom of famed Manchester post-punk was of course Factory Records, a label that, if it still existed today, would no doubt be the home of DUDS. Still, despite drawing from the Factory parentage, DUDS don’t exactly possess a sound that you’d call distinctly Mancunian. The brittleness of their music, their strong melodies and peculiar arrangements all recall qualities elicited in more dance-orientated punk bands such as A Certain Ratio and Gang of Four, while their overall sound is much more in line with what was happening over in the States around the same time. The urgent stop/start arrangements on songs like ‘No Remark’, for example, brings to mind the likes of Devo and Pylon.

The detached darkness of the band’s music would have you think that they were a serious bunch. When I meet them, though, they seem in good spirits, even if there is a detectable sense of wariness in regards to being interviewed. DUDS’ history and the story behind their formation is typical of DIY music scenes everywhere: “We were all doing nothing at the same time, in the same area, in the same city, with a similar desire to write some music,” says singer/guitarist Giulio Erasmus.

I ask the band how they feel about their myriad post-punk comparisons, and what they would say best describes their sound. Without any disregard for the stylistic comparisons, Giulio jokes: “I would say it’s comparable to a Slinky rolling down the stairs.” Drummer Nirvana Heire thinks it’s simply, “An abruptly delivered cacophony of yelps and squeals.” 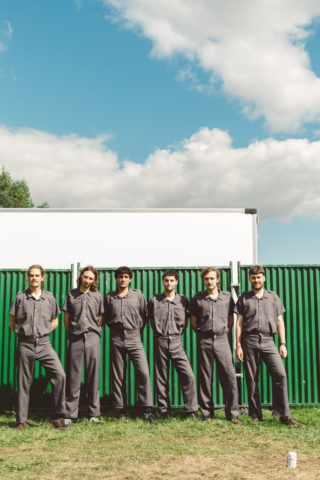 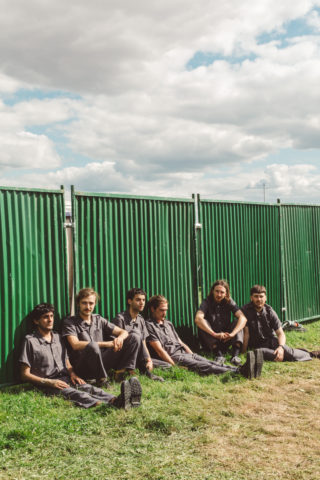 It’s meant as a joke, but the Slinky down the stairs pretty much perfectly describes DUDS. Out now, the band’s debut album, ‘Of A Nature Or Degree’, is filled with nuances, veering from fast and fierce to soporific and sleazy, occasionally halting unexpectedly and typically followed by loud, sporadic bursts of noise. The comparatively languid ‘Reward Indifference’, for example, juxtaposes the general chaos of the rest of the album. Lyrically, it’s difficult to make out Giulio’s words due to the muffled quality, as well as them being cryptic and often surreal. “Ideas for songs tend to come about from absurdism and conversations overheard in supermarkets,” he tells me.

Speaking of their new album, they were recently signed to the renowned Castle Face Records – John Dwyer’s first-port-of-call garage label, home to his Oh Sees, as well as Ty Segall and White Fence. Needless to say, DUDS are delighted with the partnership. “The label has a few interesting acts, it’s nice to be their first UK act,” says Nirvana.

The band’s biggest champion, Marc Riley, who was one of the first to see DUDS’ potential, has enthusiastically revered them on his 6Music show for over a year now. “He’s helped us big time by playing us a lot on his show,” says a noticeably appreciative Giulio. Colin Newman of Wire is also a fan.

It’s down to Riley, though, that the DUDS have their deal with an excellent DIY label in Castle Face. “Marc sent us a message when we were on a small tour in Sweden saying he’d sent some of our stuff to John Dwyer,” says Giulio. “John then contacted us showing interest in putting something out. We were put in touch with [Castle Face co-owner] Mr Matt Jones who has been a great help in getting this LP out into the public eye.” 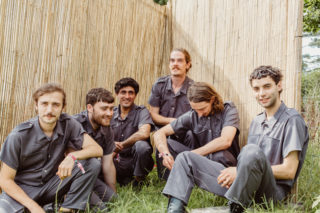 I note that the band don’t have that much of an Iinternet presence beyond the usual Bandcamp and Facebook pages used to promote gigs and releases. “We have a Bandcamp to direct people to the music and Facebook to let people know of any events we’re part of, is there a need for more?” says Giulio. “It’s not necessarily a conscious decision but we are wary of it.”

It’s a refreshing attitude to have in an era when everyone has a tendency to use social media as a platform to be more vocal and opinionated and, essentially, over-share. In that sense, DUDS are still a bit of a mystery, recalling the days when John Peel and music weeklies would be your only source of seeking out new and interesting music, alongside mixtapes and recommendations from friends.

Live, DUDS are something else – tight and succinct to the point of precision, but not exactly note perfect, in that it’s their thing to incorporate intentional ‘mistakes’, or noises that at least sound like they aren’t supposed to be there.

Touring is a big part of what they do and they’re keen to tell me about shows they’ve played in the past. “My most memorable gig would be a show we played in Brighton at West Hill Hall,” says Giulio, “where we tried to do a special entrance that was executed in quite a sloppy fashion.” Giulio explains how they’d intended to stagger their arrival one member at a time, in a call and response sequence. They hadn’t realised that the door to the stage was behind the drum kit, meaning that all six members of the group had to awkwardly contort their bodies on entry to avoid falling over. “It looked and felt odd,” he says.

“We played in a Swedish city called Uppsala at a youth house once,” says Nirvana. “It was run by the youths for the youths, which made for a show with great energy. It was a pretty chaotic evening. We arrived at the venue to find there was a massive sound system but no sound engineer. Robin [Edwards – bass] had to sort it all out. The night culminated in Russell [Andrew Gray] aka Girl Sweat’s equipment failing after ten minutes. It was great.”

“Örebro in Sweden was also great,” says Robin. “There’s quite a lot to go into from that night. It was a memorable Halloween and there was another destructive set from Girl Sweat that resulted in a broken PA and a pissed off promoter but we managed to sort everything out in the end.” 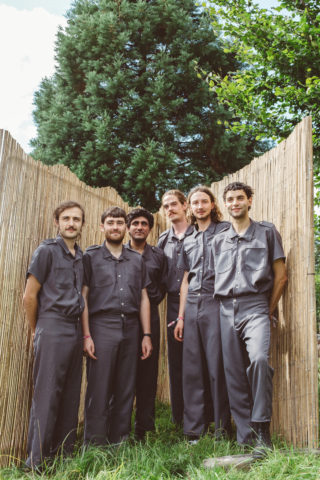 On the current vibrancy of Manchester’s music scene, Giulio enthuses over how much it’s informed them, saying: “Some of the bands around us have shaped our sound. It’s going through a little bit of a quiet period at the moment, but there’s a pretty strong community. A lot of the musicians play in each other’s groups and do all kinds of pretty diverse projects. It was interesting to observe and now to be a part of it.

“Every time we go to cities like Leeds or Glasgow it seems to pale in comparison,” he says. “Maybe that’s just because I’m looking at it from the outside.”

The band brass player, Mac Law, intervenes: “For a long time our friend Edwin [Stevens, who records under the name Irma Vep] was organising particularly great shows and herding many of the local bands together – a lot is owed to him.”

Duds are still a relatively new group, so naturally they’re still developing their sound. On the subject of the possibility of experimenting and exploring other avenues musically, they all agree that stylistic progression is an innate part of making music, especially so early on in their work. “I think it’s natural to explore all avenues,” says Giulio. “The newest material we’re currently demo-ing (newer than ‘Of A Nature Or Degree’) is quite different. I think it’s perfectly natural to keep experimenting; it’s all part of the fun of being in a band.”

As I leave the band, DUDS seem keen to get on with their agendas for the evening. After all, they’re a busy lot, all working part time jobs and doing what they can to make being in a band efficient. What strikes me most about them is their equally intense but unassuming nature in person – charismatic but also quiet, friendly but not to be messed with. As Colin Newman put it when writing about the band for The Quietus, they’re “self-effacing in the way only the British can be.” Most accurately, Newman went on to write: “There’s an element to it that doesn’t quite qualify as music (in all the right ways) – a bit atonal, in some rhythm that’s not 4/4 but is somehow kind of pop from another dimension.”

He’s completely right. As easy as it is to draw tepid comparisons, DUDS have their own sound that’s hard to pinpoint. The influences are all there, but they’re manifested in a way that makes them sound very much like they belong to now, or even in some distant future, when, typically, so much modern post-punk is known for clinging to the past. 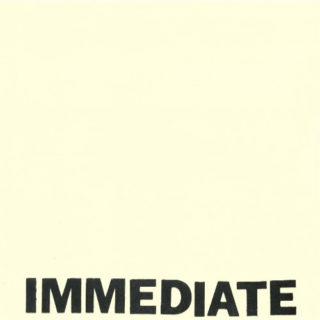 Enjoy being utterly baffled by D.U.D.S' 'Immediate' – it's anything but