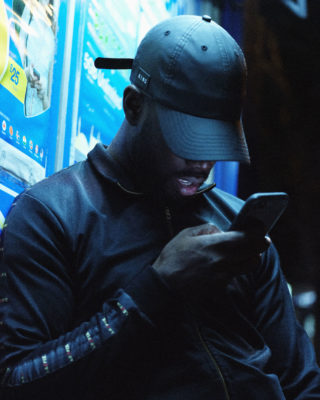 "A lot of what I made has influenced the culture, but I don’t think I invented a sound."

Ghetts is a grime icon if ever there was one. Known for his dynamic, rapid-fire flow and lyrical integrity, Justin Clark is a cult favourite among grime fans, hailed by the genre’s new generation as an influence as crucial as Skepta, Kano and even Wiley. His bars have been reused and referenced by other MCs for years; if you ever hear a grime MC telling you to ‘ask Carlos’, and plenty of them do, you’ve got Ghetts to thank.

While he may not have enjoyed the commercial success of Dizzee, Skepta or, more recently, Stormzy, he’s a lynchpin in grime’s history and although he argues otherwise, Ghetts has been as important to the genre’s development and progression as any MC: a member of the legendary grime collective NATSY Crew back in the day, alongside the likes of D Double E, Kano and Jammer, and a founding member of The Movement with Devlin, Wretch 32 and more.

On his debut mixtape, ‘2000 & Life’, he was Ghetto, a whirlwind of an rapper, riled up and ready to take on the world, the emerging grime establishment and anything else that got between him and a mic. A study in ferocious, wheel-up inducing grime, it’s still considered one of the most important projects in the genre by those who know what they’re talking about.

Then came ‘Ghetto Gospel’, a more mature, reflective mixtape that saw Clark musing on his relationships with the women in his life and delving deeper than the tear-out grime of his debut. Ghetts had evolved again, an unrecognisable MC from the man who just a year earlier had unintentionally made grime history by asking for Carlos. Well, almost unrecognisable – as well as playing host to a more thoughtful Ghetts, ‘Ghetto Gospel’ also helped launch his career, with tracks like ‘Top 3 Selected’ and ‘Stage Show Don’ taking off in the underground.

His latest album ‘Ghetto Gospel: New Testament’ is the follow up to that 2007 mixtape and sees the Plaistow MC on incredible form. An expansive project, it’s his second studio album and without a doubt his best project in years, tackling a diversity of styles and subjects with the help of a roll call of grime and British rap’s best talents. On tracks like ‘Black Rose’ and ‘Next Of Kin’ he gets political, exploring anti-blackness, misogynoir and inner city violence, engaging with each without getting bogged down in the mire of ‘conscious’ rap. Elsewhere, on tracks like ‘Pick Up The Phone’ and ‘Shellington Crescent’, he teams up with fellow veterans President T and Chip, respectively, for a case study in gas-up grime, switching into his old school Ghetto persona with a blink of his eye.

To celebrate the album’s release, Ghetts took over a railway arch in East London for the first-ever Ghettsibition, a collection of photography and art that mirrored the themes and concepts of the album and of Ghetts’ life. As if that wasn’t enough, he’s also just made his feature film debut, playing the lead in British crime thriller The Intent 2. I met him in Shoreditch after a long day, to let him do the talking. 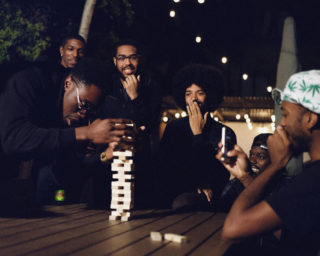 Last year I did a show at the Roundhouse, which was Ghetto Gospel: Ten Years. That was an album I never got to perform at the time it was released; I’d only performed songs like ‘Top 3 Selected’ or ‘Stage Show Don’, what we class as bangers. Also, my show has always been high energy. When I performed that album, I did a lot of songs that people connected with emotionally. That was the first time I actually saw that. So when I went back to the studio, it happened naturally again. For the first time I never had the title name before the album – normally I have the name and then do the writing around that. So when I had whittled the album down to a respectable amount of songs, it felt like a new testament of Ghetto Gospel, so that’s what I called it.

“No one really knows what a traditional grime album is”

Considering that people are aware of maybe only four albums – ‘Konnichiwa’, one of JME’s, ‘Home Sweet Home’ and ‘Boy In Da Corner’ – what you’re left with is people judging a hundred artists by four people’s work. What I do think is that people label everything grime. Until the rise of drill, people labelled everything grime, so in terms of sound, somebody that’s black that makes music will be labelled grime. So what’s grime now?

I’m not part of that generation. What it is is that the lines are blurred because of the time that some people have been able to survive. But Wiley’s like two generations before me. I grew up listening to Wiley, I listened to Pay As You Go, I listened to Heartless, they were my heroes. I came in when things were already started; More Fire had already blown up. I came in late, so I already felt like there was a culture there. A lot of what I made has influenced the culture, but I don’t think I invented a sound. I know that I changed the dynamic of how people spit or the way they approach grime music, but I still don’t feel like I made this scene. I think I helped clarify what grime is.

“Having a daughter has changed how I write”

My daughter’s aware of who I am and what I do so I want her to be proud and not live a double standard. I need to be able to raise her in the correct way and also lead by example. It’s affected my music a lot. She listens to my music now, she’s six, she can sing along to everything. It’s very weird, but she is me.

“I wrote ‘Black Rose’ for my daughter”

One day I went in the booth and I never said, ‘this is what I’m going to talk about’. I started a line, I don’t write things down ever, I just went in the booth and said, ‘my daughter, she a princess, the world ain’t slaughtering her skin yet,’ and there you have it. Those two lines built the concept. My agenda behind ‘Black Rose’, in all honesty, and truth, I’m speaking for my daughter, first and foremost, so that in the future if she faces these things she’ll be strengthened by what her dad did with his platform at a certain time when nobody else did. That’s why I did that. Other women have been able to relate, which is beautiful.

Now I’ve made ‘Black Rose’ people are, like, coming at me, like, ‘what’s next’, but to me, it’s a concept, it’s one instalment. Tomorrow I’m going to make another tune about something else. I still believe it, but it’s not something I’m gravitating towards because people have taken a like to that. That’s not who I am; I can talk about so many different things because that’s how I live my life. 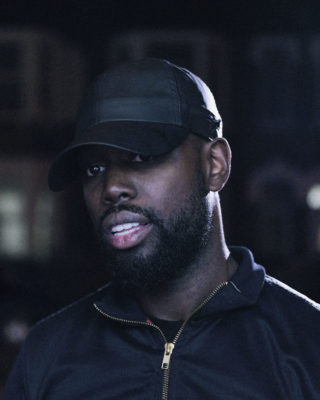 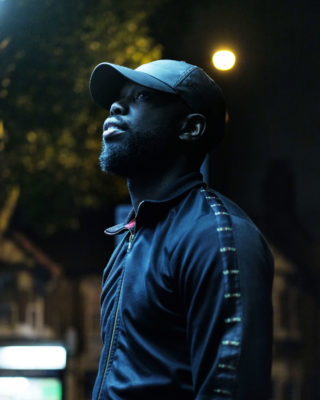 If you listen to ‘Next of Kin’ [off the new album], I’m talking from all perspectives. I’m trying to understand them all. I find myself conflicted anyway, that’s why I did it like that. The conflict is that I’m of an age now where I’ve survived certain things, and I don’t like to hear about fifteen-year olds dying and being stabbed to death. But then, being from it, I understand why fifteen-year-olds are being stabbed to death so I can’t look at them and say ‘but why do you want to retaliate?’ I know how they feel. Understand that when you say ‘put the knives down’ you’re saying that to a frightened teenager who’s thinking ‘If I leave home without my shank, I might not come back tonight.’ That’s why I’m conflicted in having the full understanding.

I think they’re shit. It was knowing that we had created a piece that we wanted people to connect with on a different level, you know? Thinking of things nobody’s done before and treating the album how it should be treated. We’re just getting started, there’s loads to come. You know what it is? People don’t really make good albums, so they don’t work them, they just look for the first week sales, see if they can gas everybody and crack on to the next album. When you’ve made a good album, you want to work it and get it out to the world.

“I was just meant to be doing the soundtrack for The Intent 2, then the main role got offered to me”

I said no about four times, and then my mum told me to say yes. I think I’m a better actor than MC. Nah, I’m playing. When I said yes, we were shooting the next week. It’s so long making films; it’s the longest thing! But when you see everything back, it’s worth it. We were shooting for three months, back to back, for maybe sixteen hours a day. I was working on the album as well – work haffi run, you know the saying!

People ask me how I transition into certain things, but you have to understand, one day I’m in jail telling everybody in jail that I’m going to be me today. That transition is the biggest transition, everything after that is just whatever. Not whatever – I’m grateful for the opportunities that come – but every transition from being in jail and you’re a repeat offender, and you’re surrounded by repeat offenders, and you’re saying, ‘see when I get home, watch what I’m going to do.’ To everybody in that place that sounds wild. When you leave that place, and you tell the guv ‘I’m not coming back’. He hears that everyday someone leaves, how does he know how to take this one guy seriously? Until, oh shit, this guy’s not actually been back. So many people I was in jail with have reached out and said I don’t know what you’ve done to be it but well done. For someone to make it from that place to where I am, you have to follow rules and be disciplined. I’m one of the most disciplined people you’ll meet. If I say I ain’t smoking, I ain’t smoking. If I say I ain’t drinking, I ain’t drinking. That’s it. There’s nowhere that that level of discipline can’t take you.