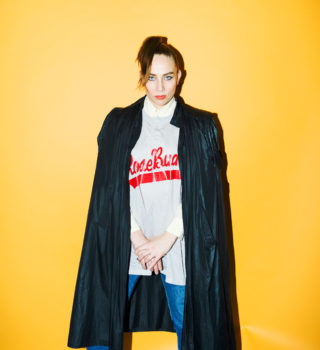 At some point after the release of her last record, 2013’s ‘Demand The Impossible’, written and recorded as she underwent treatment for breast cancer, Jenny Wilson, the Swedish singer-songwriter known for her electro-inflected music, was raped. It was six months before she was able to pick up an instrument again.

“I was paralysed, I guess,” she says. “It was like a burden to have this awful topic waiting there for me. I had absolutely no idea as to how I would approach it.” There was never any doubt that she would approach it, though. Speaking the truth of her life, however difficult, Wilson tells me, has long been her way of facing up to the challenges of life. Her fifth studio album, ‘EXORCISM’, released in April, is the product of this truth-telling mindset – a brutal yet strangely upbeat documentation of the assault and its aftermath.

Composed around the electronic drones of her Prophet 6 analogue synthesizer, ‘EXORCISM’, as the title suggests, marks Wilson’s attempt to unburden herself of trauma. The video for the opening track ‘RAPIN*’, animated by Swedish artist Gustaf Holtenäs, epitomises the album’s unflinching relationship with its subject matter – this is a victim finding the depth in her story, taking back control. I met with Wilson to discuss the album, and its place in the story of her life so far.

“My wish with this album was to just tell my story”

Not make it political. Not making any statements. Tell my story to get rid of it. Very egoistic. My closest friends were like, ‘Are you sure you’re gonna be so honest about this?’ They were warning me. You have to take it very, very easy and very slow. But when #metoo happened, everything came from a new perspective, because people were ready to talk, ready to listen, ready to understand that this is something that’s so fucked up with the society. It is part of taking a step forward, talking about things. Putting shame on the predator instead of keeping the shame yourself.

“I never think about the audience”

Not when I write lyrics. When I write the music I do think about somebody who is going to listen to it. I improvise a lot, and I collect mistakes more or less, but if I didn’t have an audience for my music it would be much more crazy and strange. But I remind myself that someone is going to listen to this music, and then I edit it so it becomes much more of a smart package, something you can listen to and dance.

“The only kind of intellectual thought I had about this album was to make something very, very physical”

Something you can actually move your body to. I didn’t want to make a cry record, where you listen and cry at the lyrics and everybody gets the blues. I wanted to encourage and empower people. It was a complete physical feeling and physical struggle. I couldn’t think about what I would write, it just had to come. I felt very naked because I didn’t search for inspiration anywhere, I couldn’t do that; it was too close to me. Too personal I think. And therefore the lyrics are what they are, you know. Completely lacking metaphor: pretty much up front. And I wanted it to be as naked and brutal as possible without using anger as my source. I wanted it to be the words from a person that is very fragile and hurt. But the music is energetic and powerful and very fun actually to be in the middle of.

What I wanted to become was an artist. And I was actually really good at painting and drawing. I stuck to that until I was perhaps, I don’t know, 13, 14 – then I started to write. Poetry, short stories. And then I dropped out of high school because I was so convinced that I would become a writer. I went to a writers’ school and started to write. I was the youngest student in the class and I discovered that the other people there were so much better than I was. I was pretty restless. And in all that I discovered music.

“I was very, very influenced by PJ Harvey”

She was like the flash that came through my whole system. I fell in love with her and the way she used her music, her voice. I started to kind of copy her and nobody knew that I was doing this because I kept it as ay secret until I felt I had something to show. I started to completely 100% go into the universe of music. I started a band called First Floor Power and we were living – totally living – in our rehearsal space. We didn’t eat, we didn’t do anything; we were so broke we were just rehearsing, rehearsing, rehearsing. And I felt so comfortable in music, in every part of music. It felt like my language.

We were always encouraged to do things. To use our imagination and all that. But it was not an academic family; it was not very intellectual. For example, to draw, that was just a tool to do something that didn’t cost a lot of money. Your imagination doesn’t cost anything. It was never: ‘do something to express yourself’, ‘try to use words to express yourself.’ It was a pretty shut down family in many ways.

“My mother died when I was 14, of breast cancer”

And nobody talked about it, ever. I was 14, my younger sister was 10 and my older sister was eighteen. So we became like small islands, all of us. And I really climbed into my world of creating things, writing. I was writing a lot of poetry at that time and drawing. But my upbringing has definitely influenced me in the way I live my life, the way I work. I think I was perhaps sixteen when I saw all the secrets around me. And I thought I will never ever be like that, I will always talk, I will always express myself. If I have kids I will tell them things. I can’t stand all the hiding because that makes you so small.

My intellect is so much bigger than my father’s. He’s a super kind man, he’s very artistic, but if you don’t ever say anything you can’t go further in your life, and it’s all meaningless. That also made me a very lousy student, because every time something didn’t talk to me, or didn’t make any difference in my world, I just left the building. I dropped off a lot of school, because I felt this doesn’t really say anything to me. This doesn’t make sense for real. So I’ve been an impatient and quite a progressive person I think. Sometimes I still am. Sometimes I feel it’s quite a burden.

“Taking care of kids is something very concrete”

I have had children for so long now. My oldest son, he’s 16 and a half. So my career as a solo artist, I always had the family; always had the kids. And for me it’s good because I get too manic. I think if I only had my art that would completely take over. My entire system. It’s good to have something that breaks the inside world.

He’s a young art student. I had never heard his name, never seen anything he had done. And one day I was scrolling on Instagram and I saw a beautiful painting and I thought ‘wow, who’s this guy?’ And I clicked into his account and I was like ‘Oh. He’s doing animations as well, that would be so perfect if he’d like to work with me and make a video.’ Because I had this idea to make a very, very brutal video – but to make that with actors, I didn’t want to go that way. I wanted to do something hypnotic and beautiful at the same time. And I went to visit him and I talked about my project and about what I wanted to do, and we started to give each other a lot of inspirational material, references. I invited him into my life. I felt if we are going to do this it’s got to be a collaboration and it’s got to be safe. So we started to see eachother, talk a lot, and I told him my story, which is more or less the lyrics of ‘RAPIN*’ and then he started to work. The image with the big body by the mountain, that’s his idea. And I think it is completely brilliant. It completely describes how you are so little but you are so much inside of your body that you become only a physical, big creature somehow. 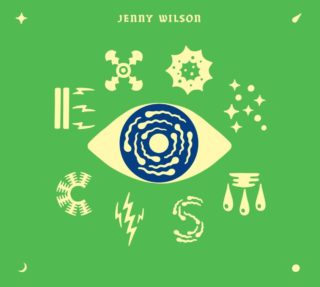