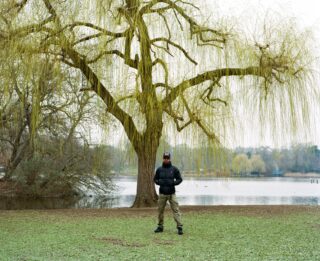 In a sentence not a million miles away from one of Alan Partridge’s rejected pitches, I’m contemplating the merits of regenerative agriculture with one of Britain’s most exciting new rappers.

“It’s the future,” Kam-Bu explains matter-of-factly, speaking from his father’s house near Richmond. “Ever since I was a little kid I’ve always wondered what my purpose here was. Ok, I want to do music, but I also want to plant trees, I want to grow veg, and I want to look after the world.”

If there’s something a bit surreal about a young MC extolling the benefits of growing your own microgreens, Kam appears totally unaware of it. At the age of 24, the Nottingham-born, south-west London-raised rapper exudes all the conviction and composure of an artist at least a decade his senior. A thoughtful, pragmatic presence, when he quietly describes his forthcoming EP – reportedly due in May – as “better than most people’s albums”, it comes across as a credible appraisal rather than empty braggadocio. It helps, of course, that the claim is supported by both of the record’s lead singles, which are two of 2021’s standout tracks.

Take ‘Are You On?’: released in mid-January, and boasting pitch-black production by Leon Vynehall, its eerie blend of jazz and UK drill proves a startling vehicle for Kam’s cooly confident verses. “Now they look stressed, I don’t have to flex,” he taunts over free-flowing beats and swirling atmospherics, warning listeners, “I speak with my chest.” The sense of menace is further accentuated by the The Reids’ monochrome visuals, which find Kam looming over the camera, sporadically illuminated by strobes.

February’s follow-up, ‘Black On Black’, is arguably even stronger. Featuring beats by long-time collaborator and close friend Pablo Pullen, plus dramatic string and brass embellishments by Vynehall, it’s every bit as foreboding as its predecessor, and sees Kam setting his agenda as a lyricist with a rallying cry reversing racial slurs and dismantling lazy stereotypes.

In Kam’s hands, the term “black on black” becomes an expression of strength and unity. “Fuck a beef on a postcode,” he spits at one point. “You don’t own the land, that’s a waste of space / Come as one, let me stick it to the man.” Later, he declares, “I only wanna know business / Legit shit, man with dividends,” advocating for financial literacy amongst his peers. Though social mobility and the circulation of wealth within the black community might not necessarily sound the sexiest subject matter for a song, Kam makes it sound every bit as vital as it is vitally important.

“It’s crucial,” he insists. “There’s other communities out there where currency and wealth is being passed between their hands a certain amount of times, and when you look at the black community or other ethnic minority groups it’s not the same. And creating that economy for yourself is so important because, unfortunately, there aren’t going to be any handouts or reparations. So it’s about how we can, as a people, start to move forward.” 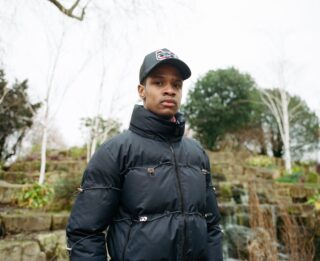 As well as paying tribute to his Jamaican grandfather and the rest of the Windrush generation, ‘Black On Black’ finds Kam channelling the unrest he felt when his family first relocated from their base in Brixton. The youngest of three children, he describes the move to a predominantly white, middle-class enclave of south-west London as a “huge culture shift.” Today he hopes his former classmates hear the song, if only to learn “how the prejudice and discrimination was affecting me.” With the benefit of hindsight he thinks “they can probably realise that now, whereas before they might have thought, ‘Oh he’s got a chip on his shoulder,’ or some shit.”

Music was a constant presence throughout his childhood, and many of his formative tastes were shaped by his parents. His father is a percussionist with a love of roots reggae, and so introduced Kam to the work of Peter Tosh, Bob Marley, Sizzla, Capleton and Fantan Mojahm, as well as giving him his first taste of hip hop via Dr Dre and Kanye West. Meanwhile, his mother gave him a grounding in soul and R&B, playing records by Whitney Houston, Anita Baker, Minnie Riperton, Luther Vandross, Jill Scott and Erykah Badu.

Kam remembers making music from a very young age, recording rough sketches on his Fisher Price tape player. By his early teens he’d progressed to spitting bars over YouTube instrumentals, and was recording the results at his local youth club in Chiswick. But it was meeting Pullen at school that proved the catalyst for Kam to take his craft to the next level.

“He was the year below me and we were always sharing music. I’d see him on the way to his lessons, or at lunchtime, and he’d be like, ‘Yo, have you heard this?’ And then he was like, ‘Rah, I really wanna make beats, you know.’ So he bought his first MPC, downloaded the cracked software Fruity Loops and started making beats. From there I basically just started going to Pablo’s house every day.

“We were really both starting from the ground up, like, ‘How do I push myself writing lyrically and melodically?’ And then with him [it was like], ‘How can I push this barrier? How can I make the drums tight? How can I make this sample better?’ And we’ve basically just been doing that ever since, so that’s, like, 12 years now.”

Inspired by a mutual love of MF DOOM and Madlib, many of their early songs were centred around low-slung jazz loops, but as the pair continued to upload their collaborations to SoundCloud their musical range grew. So too did their circle of regular collaborators, which now includes Louis Culture and P-rallel, plus Lord Apex, who co-starred on Kam’s powerful debut single ‘Different’, which dropped last May.

But the biggest shift in Kam’s sound came while he was studying Music Production at uni in Brighton. Writing his dissertation on Kendrick Lamar’s To Pimp A Butterfly – specifically the idea of bringing consciousness to the UK sound in the same way that Kendrick had with the diaspora in America – Kam wrote ‘Black On Black’.

“What you’re hearing in that instrumental is a British exploration of To Pimp A Butterfly. And then there’s the element of repetition from Fela Kuti; you know how he’s always repeating words and statements throughout his songs? So that’s where ‘Black on Black’ came from. It had this menacing feel to it – a griminess and a grittiness and a dystopian atmosphere – which was where I saw the British sound coming into it.”

Despite the influence of Kendrick, Kam flinches at the suggestion that his own output could be defined as conscious rap. “I wouldn’t say it’s conscious, I would just say it’s humility.” He shrugs. “On the hook for ‘Different’ I say, ‘I’m a conscious yout but I’m ignorant.’ It’s just about being honest. And I think it’s important to use your stage and your voice to say something, but at the same time I like to make music that makes people feel like they want to get up and dance, and drink a couple.” 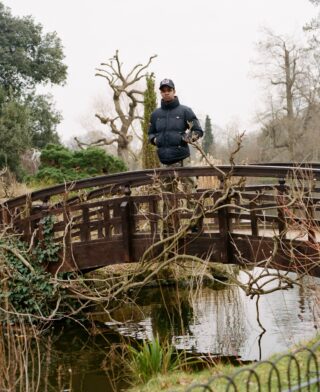 The truth is, Kam would rather lead by example than preach from the sidelines, which takes us back to his interest in conservation and sustainability. To celebrate the release of ‘Are You On?’ he produced a limited run of t-shirts, with the proceeds from purchases going towards planting Mangrove trees in Madagascar. He intends to always “provide some sort of green incentive” for his fans, in the way he conducts his operations. He’s a regular volunteer at the Green Gym, a conservation initiative that aims to connect the community with their local green spaces through gardening.

“Growing up I thought there were certain things that would bring me happiness like money and clothes,” he explains of his motivation, “and then I acquired them and it still didn’t make me happy. But growing a plant or flower, watering and nurturing it… There’s a different kind of peace you get from that.

“So when I started volunteering, and discovered that some of the people that come along to the groups are a bit more neurodiverse, that was even more of a boost. Because now I’m helping the community in an environmental way and in a social way. And that’s where the real change will happen: when we’re involved with our communities and other people. That’s when people can be inspired to think differently and act differently. If you’re just posting up a story on your Instagram it’s not going to have the same effect as actually being out there and doing the work.”

When I point out that he seems unique amongst his peers in the industry in this commitment to sustainability, he’s remarkably non-judgemental. “Most people just want to have designer clothes and flashy watches and stuff like that, which is cool – each to their own. I’m never gonna shoot that down. But I definitely do feel different from a lot of people, and that’s fine.”

And when pressed for his long-term goals, he replies without hesitation. “I think, if you can do something your own way, authentically, then no-one can ever take that away from you, you know? So staying true to myself while I’m doing my art is the important thing for me. That’s real success.”

Listen to Kam-Bu on Sounds Like A Plan, a podcast about climate action in the music industry hosted by L&Q’s Greg Cochrane alongside Savages’ Fay Milton.