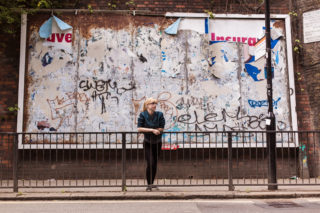 In the summer before she went to the University of Michigan to study music performance and composition, while in a practice room at the Manhattan School of Music, Kelly Moran had a moment of clarity. “I could hear someone next door practicing the exact same piece, and they sounded so much better than I did,” she recalls of her pre-college preparation. “It was really disheartening, and I just thought ‘ugh, I don’t want to do this’. I want to do something that makes me stand out.”

Up to this point, having been obsessed with the piano since seeing one on TV when she was six, Moran was on the road to becoming a classical concert soloist – or, at least, that’s what her teachers wanted: “They told me that I needed to focus on piano and get serious. They were telling me that if you keep fucking around with recording and playing bass and playing in all your bands, you’re never going to be good enough at one thing to be successful.”

Turns out her teachers were wrong. A decade-plus-change on from that chastening day in the practice room, the outcome of Moran experimenting with musical pursuits beyond (and within) the piano is the kind of uncategorisable career that can only result from concentrating on more than one thing. After a spell as the bassist in Voice Coils, the acclaimed underground prog-metal band once fronted by Mitski, she has slowly become one of Oneohtrix Point Never’s most trusted collaborators as part of the producer’s ‘Myriad’ and ‘Age Of’ live band, while also accepting composition commissions from noted avant-garde performers – none of which, one imagines, would have happened if she’d given herself obediently to the rigours of the traditional concert hall aged 18.

Primarily, though, Moran remains a pianist, composing and recording three solo albums of experimental music for electronics and prepared piano since leaving college, with a fourth, ‘Ultraviolet’, landing this autumn via the hallowed turf of Warp Records. While that may resemble, albeit obliquely, the same goal of professional solo pianist that she was set in her teens, the sort of music that Moran writes and performs today remains several steps removed from what her teachers presumably had in mind: fluttering and timbrally rich, with moments of both extreme dissonance and prettiness, Moran’s pieces are full of furrows and dense thickets of notes masking slyly insistent hooks, with modernist buzzes and burbles betraying the music’s rather romantic, impressionistic DNA. While gently repetitive and pulsing, Moran’s music is too slender to dance to, but nonetheless it shares characteristics with home-listening electronica of both abstraction and sophisticated intricacy – indeed, her latest album appears uncannily palindromic.

How Moran arrived here, though, is almost an accident. Her classical piano continued into her first year at university, where she reports she “was tortured into playing Haydn sonatas for a year and was fucking miserable”, with her course leaders refusing to acknowledge any music written after 1950 as worthy of study. It was only thanks to the help of a professor in the music technology department, who offered to teach Moran avant-garde piano for the fun of it, that she threw herself into the world of mid-century modernist composers, with their unconventional, provocative approaches to making music.

She talks fondly about discovering via these lessons Schoenberg and twelve-tone compositional techniques, Philip Glass and minimalism, but more than anyone else, Moran fell for John Cage. The American composer is perhaps most famous for his “silence” piece ‘4’33’, but Cage was also a pioneer of prepared piano, and that subversion of inserting foreign objects into the body of a piano to alter its sound was catnip to Moran’s long-rebellious personality. “I had never seen or heard any pieces that use these sounds, so in college, when I started learning about extended piano techniques, I was like, holy shit you can generate so many different sounds from a piano,” she enthuses of her discovery, and her subsequent thankful escape from the ubiquity of the piano’s traditional sound. “I immediately knew that’s what I wanted to explore: I wanted to spend my life unearthing every possible sound you can get from this instrument.” 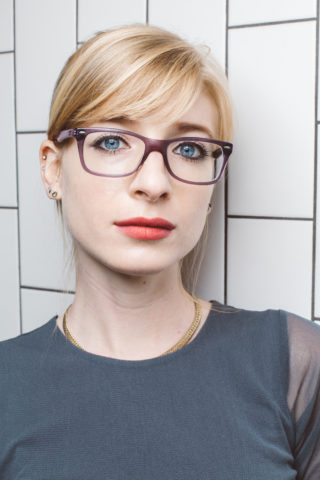 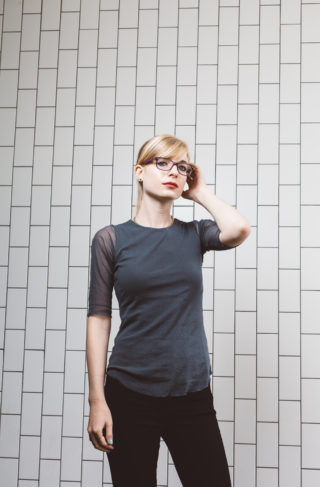 The problem with Moran’s newfound exploration, however, was its environment of fairly abstruse academia, fascinating but somewhat joyless and self-involved: at college, she would spend months writing pieces that would only ever be performed once (if at all), often to just a handful of ears, and the rarefied intellectual isolation grew frustrating. “Something that really turns me off about academia is that you’re in such a bubble. Once you leave the conservatory and go out into the real world, most people aren’t seeking out this kind of music.” Moran sighs, comparing the worlds of classical and pop (for want of more nuanced terms) that she has always straddled. “The modern classical world just doesn’t bother with the same sort of engagement, and that’s something where it has to look at itself and ask what it’s doing wrong. For one thing, not everyone has access to learn it, but on top of that, there’s so much discrimination: like, we still have to say ‘women composers’. The label ‘woman composer’ is still a thing. We still have to fight for a shred of the same representation. Several classical orchestras in the US still programme full seasons that don’t have any women in them – and the track record is even worse for people of colour.

“And that’s why rock music and electronic music is way more diverse – I mean, sure, classic rock music is still dominated by white men, but on the whole it’s progressed so much faster, and that’s why I don’t think classical music has the same audience, because representation matters: audiences get bored of the same four dead white dudes.”

Indeed, if this is something Moran sounds particularly riled about, it’s for good reason. “I’ve been dealing with sexism as a musician since I was in fourth grade,” she explains. “Literally. Being bullied by boys in my oboe studio in summer camp who were dicks to me, right through to the guys in my classes at college, who would be talking about contemporary classical music and then turn to me and be like, ‘I like your hair today’. It was constant shit like that, and I might seem confident now, but in college I was way more shy. It took me a while to work out it was okay to be taking up space.” 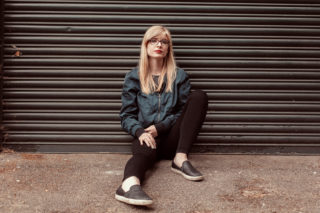 But while Moran’s disenchantment with academic contemporary classical music was clearly structural, it was also a matter of taste: despite (or maybe because of) all her expertise and training, her seemingly innate predilection for more traditional harmony and melody – however well disguised it may appear in her finished work – means she would never be satisfied writing within that field. “I liked learning about twelve-tone and serialism,” she confesses, “but it’s never what I’m going to seek out and listen to. I like the Cageian approach, but I like applying it to different harmonic worlds, applying experimental processes to pretty music, and seeing what happens.”

That figures: at a one-off London performance last month to celebrate her arrival on Warp, Moran opted to play solo piano, stripped of any preparations or electronic accompaniment, during which her debt to the impressionistic fantasias of Debussy and Ravel, as well as to the bucolic minimalism of late film composer Johan Johansson, shone through far brighter than anything as relatively esoteric as Cage or Schoenberg. Suddenly, her pieces felt airy and uncluttered, standing as proof that Moran’s isn’t music for the demonstration of technical chops, but something more emotionally rooted, prioritising joyful escapism over anything else.

It’s perhaps fitting, then, that at one stage in our conversation she cites the German pianist Hauschka, who also specialises in prepared piano, as someone she admires specifically for his sense of fun, proving to her that “there are ways to do this without being so academic about it all”; at another, she extols the virtues of early-noughties laptop duo Telefon Tel Aviv, whose blend of elegantly simple synth lines and elaborate percussion programming clearly bleeds into her work, but whose dreamy textures cuts even deeper; and at another, she draws comparisons between black metal – the true musical love of her teens, despite all those years of piano practice – and classical minimalism, suggesting that Steve Reich just sounds like black metal transcribed for a chamber ensemble.

The upshot is a picture of a musician who, depending on the angle of view, can often appear part-everything, voracious in sonic appetite but admirably bloody-minded when it comes to making exactly the sort of sound that she desires, regardless of external categorisation. After all, her music has been included at various times in high-profile lists of the best classical releases, the best avant-garde, best electronic, and even the best metal. “Perhaps that’s why Warp likes me,” she muses, pondering this stylistically nomadic existence and her new recording home, “because it’s all weirdos who don’t fit in anywhere else.”

With that in mind, maybe her aim in that practice room years ago is finally coming true: sooner or later, if you’re not fitting in, the chances are you’re standing out. 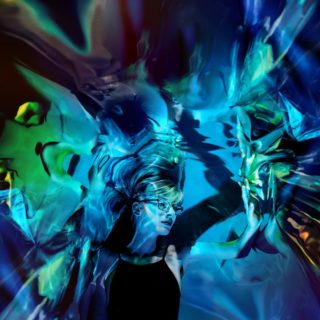