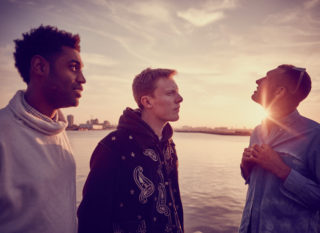 A couple of days before our meeting, I’m CC’d into an email thread with Lewis Rainsbury and Luke Brennan, aka Lifestyle. It’s a fairly standard formality and something I’ve done a hundred times; “Does 6 o’clock work? Where suits you?” The usual. What I notice, however, is how quickly the guys reply, and how much thought goes into their responses. What’s more, they even have their own ideas for the photo shoot. What’s more, the ideas are really good. They’ve thought about the lighting, they’ve thought about alternative locations based on the time of day.

Indeed, the second I emerge from Bermondsey station I have a call from Brennan telling me the pub we agreed to meet at is closed, and that I should go to another one down the road. A punctual musician is a rare commodity – and something I’m immediately grateful for – but there’s something more going on with Lifestyle than just good timekeeping. As Brennan later explains, the pair (who have recently been joined by third member Adrian) have made a decision to approach this project with the same discipline and rigour as they would if they were punching in for a 9-5: “Every day we sit and we start answering emails before we go through all the songs that we’ve done.”

“We push each other to do shit,” agrees Rainsbury. “You’ve got to do something. Keeping our brains healthy is something important for both of us.”

For the latter, this is a second bite at the cherry. One third of erstwhile dream poppers Vondelpark, he worked as an A&R scout for the group’s label, R&S Records, all the while developing the hazy, RnB-infused pop that has emerged on Lifestyle’s forthcoming debut mixtape, ‘Calm FM’ (streaming now). Brennan, on the other hand, is newer to the industry and his enthusiasm shines through straight away. Having played in various punk bands, he always found that working with Rainsbury felt more natural, and ultimately much more worthwhile. “Me and Lewis have been making music for about ten years; since we were kids. We wanted to do something that helps people be positive,” he says, his eyes creasing into a smile behind his sunglasses. “That was the first thing – rather than wallowing. The last band I was in I was a teenager being extremely angry. When you’re locked in a tiny room with four other guys, you’re angry and you’re making other people angry. Now we dance all the time in the studio.”

While the relationship has undoubtedly been productive from a creative point of view, their strict approach to the development of their art has also helped them psychologically. “Your brain’s just a muscle and you’ve got to use it,” says Brennan. “If you don’t have the discipline of something like school, as an artist you’ve got to be able to have discipline in what you’re doing. That’s something that’s come with time. The more you engage your brain – the more you read and stuff – the stronger it gets.”

As I become more attuned to the dynamic between the pair, it’s clear that Brennan is the more outspoken, with Rainsbury happier to sit back and take it in, usually chipping in to sum things up in one succinct sentence. “It’s a coping mechanism in itself,” he says of the music they make together, and it’s obvious that he means it.

These days a lot of bands tend to mention the sorry state of politics as the inspiration for their work. Trump and the Tories are tossed around haphazardly as artistic currency, even if there is seemingly no connection between them and their music. Though Lifestyle are certainly no fans of the above, the stimuli for their music is subtler, taking the internal as their muse. Mental health is clearly a subject that is top of mind. “It’s so hard to put labels on people and say that they’re a paranoid schizophrenic or they have bipolar disorder, when really every brain is so different,” says Brennan. “If you use a blanket drug to cure each one, it isn’t the right approach. It’s trial and error with the drugs and they need to make the mistakes to learn. It’s in vogue or whatever but it’s a huge issue for this generation and I think people are stepping up.” 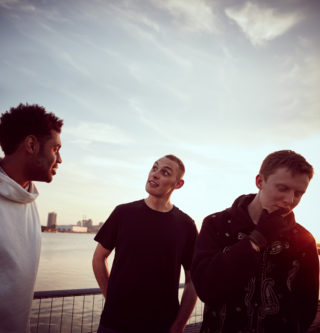 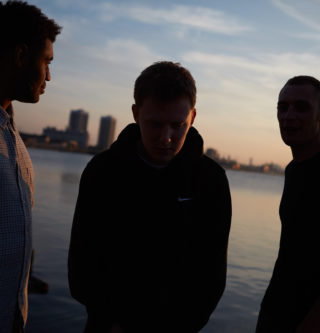 Psychological wellbeing is key to Lifestyle’s work, and the importance of coping is a topic which runs right through ‘Calm FM’. Benefitting from warm, luscious production, this mix of instrumental tracks and others that feature nearly-there ghost-vocals is the sound of coming back from the club on a wet, freezing night and sticking the heating on and lighting some tealights. But while the mellow dub sounds showcased here may be comforting, ‘Calm FM’ doesn’t sugar-coat. Instead, it chooses to confront painful memories and still raw emotions throughout. Youth, family, beauty and friendship are explored, but always against the backdrop of time’s unstoppable march. It gives the collection a melancholic feel that stays with you long after the music fades.

“I think nostalgia was something that both of us needed in order to evolve, but I’m actually over nostalgia now,” says Rainsbury. “You can’t dabble for too long. You need to move on as a human.”

“‘1998’ definitely is a song to our fathers,” explains Brennan. “It’s about ’90s living, being driven around in the back of a BMW as a kid and the attitude that goes with a guy who drives a BMW in the ’90s.”

Rainsbury opens up and goes a little further, albeit briefly. “We both had pretty rogue fathers,” he admits with a slightly sheepish grin, “and I think, with me and Luke, that’s what separates us from a lot of people and also drives us. We both had the luck and lost the luck and now we need to make our own luck.” He tails off for a second. “But we won’t go too much into that!”

The thing with ‘Calm FM’, though, is that, as Brennan and Rainsbury say, it’s already out of date, and it’s not officially out until June 16th. Constantly working on the evolution of their sound as well as their psyche, the mixtape serves as a snapshot of the last year, and they feel their sound has developed considerably in the first half of 2017. “We’re really excited about the new stuff,” says Rainsbury with boyish excitement. “The warm sound thing is great – the mixtape was like wearing a warm jacket or something – but the new stuff is more… glassy. It’s about getting people’s attention, the vocals are at the front of the mix.” He goes on to say that a lot of sedatives were taken while they were making the music but Brennan interrupts him: “Speak for yourself, sir!”

If you want to get a preview of what the new, sedative-free Lifestyle sound like, the fruits of their recent labour can be found on their Bandcamp. ‘DLR,’ a meditation on loneliness, human fragility and surviving amid the desolation of East London is yours for just £45 (“We thought someone with an expense account might buy it,” jokes Brennan), although you can stream it for free. With its pitch-shifted vocals and stuttering percussion, it sounds like what might have been a young Mike Skinner at his early, pensive best, signed to Hyperdub. All trap beats and sub-bass grooves, it’s certainly a lot less warm, and yet it’s no less infectious for all the coolness of its understatement.

Audio output is just the start, as the now-trio set their sights on Lifestyle becoming a multimedia collective. “It’s not just a musical thing,” Rainsbury asserts. “We really don’t want to just be a musical thing. We’re getting more and more involved in film stuff and more content for the project.”

Free from the constraints of labels or publishers, Lifestyle can express themselves as they see fit. However, it also means that there’s no safety net if it all goes wrong. “And that’s scary,” says Rainsbury, “but it feels so much more important than anything we’ve been involved in before.” Brennan is similarly clear on where he stands. “The industry restricts you and you rarely get to exert your own vision,” he says. “I’ve seen it with so many artists who have been manipulated in the way that they look even. Honesty is the main thing.”

But how do two musicians survive in London without an income, I ask.

“The same way as lots of great artists before us have,” says Brennan, “like Vivienne Westwood and Brian Eno; advocates of the benefits system!” As Brennan’s laughter dies down, Rainsbury is careful to downplay the romance. “We’re doing more than surviving at the moment – we’ve not jumped into it. It’s cool. We’re not stupid.” 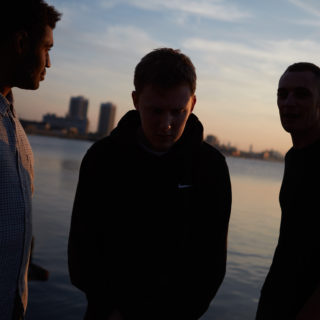 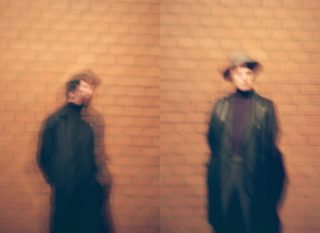 Vondelpark’s Lewis Rainsbury is now part of enigmatic London duo Lifestyle, and this is one of their first songs