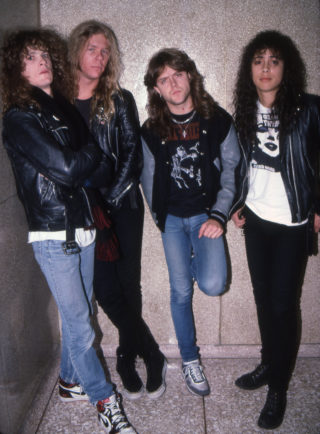 On September 27th, 1987, Metallica were travelling on their tour bus after a gig in Sweden. Shortly before 7am, with the whole crew asleep, they were awoken as the bus veered left to right, throwing the band members around like ricocheting pinballs. The bus then flipped over, landing on its side, as bodies crashed and thudded against smashed glass and broken furniture. There was confusion and chaos and screaming all around as band members crawled out from the bus in the still, dark morning, yelling one another’s names to locate people. Gradually people were found and marked safe and well, with the exception of their bass player, Cliff Burton. Burton was trapped under the bus, his legs poking out. He had been hurled from the top bunk through the window, out onto the roadside verge before the falling bus then landed on him, crushing and killing him. Only hours earlier, Burton and guitarist Kirk Hammett had drawn cards to determine who could pick the best bunk to sleep in. Burton drew the ace of spades, the obvious top card for any metal band, and decided to pick Hammett’s own bunk to sleep in that night. Hammett cleared his things and moved elsewhere.

The driver of the bus said he had hit black ice and lost control of the vehicle. Metallica’s frontman, James Hetfield, was unconvinced and paced the road up and down in nothing but his underwear searching for ice. He didn’t find any. Suggestions of alcohol or drug use by the driver have been made over the years, as well as that the crash site was representative of that of someone who fell asleep at the wheel. The driver was later cleared of any misconduct and the band have remained without a concrete answer ever since.

This period found Metallica at something of a crossroads. They were three albums in, with the killer opening trio of albums (‘Kill ‘em All’, ‘Ride the Lightning’ and ‘Master of Puppets’) freshly behind them, but now with a dead friend and bass player, and a world of grief ahead of them. They initially took it hard. Anthrax were supporting Metallica on that tour and guitarist Scott Ian recalled in his 2014 autobiography of spending the night in the hotel bar with Hetfield and Hammett after the accident. “James was heavily sedated and drunk at the same time,” he wrote. “Kirk said doctors had given James a bunch of sedatives because he was freaking out, but they didn’t put him to sleep so he kept drinking. We were all in a room together and James kept pounding beer, vodka, whiskey – whatever was within his reach.” He later goes on to describe the scene getting even more intense and sad. “James suddenly started crying and screaming, ‘Cliff! Cliff!’ Then he became destructive. He kicked over lamps and threw bottles of booze. Frankie and Charlie looked at each other and without saying a word mutually decided to get James outside before the hotel had him arrested. I stayed inside with Kirk. We could hear James down the street screaming Cliff’s name over and over. I was completely heartsick.”

Metallica’s drummer, Lars Ulrich, had been taken to hospital with a broken toe as his band mates went about drinking themselves into a state back in the hotel. This was a state that the band would collectively remain in for some time in order to cope with the unimaginable scene of seeing your friend and creative partner killed in a traffic accident you survived. “We didn’t understand the process of grieving or the process of pain,” Ulrich tells me today, in the back of a car on the way to a sold out arena show in Prague. “We basically just kept going, put the blinders on, compartmentalised everything and then just jumped in the nearest vodka bottle and off we went. I don’t think you have the tools to sit down and really process what was happening, so it was just a case of keeping going because that’s what we knew.”

With all of this to take in, the band retreated to the studio. Their minds weren’t fit to focus on an album so they opted for an endorphin-release session of covers. The long out of print EP ‘The $5.98 E.P. / $9.98 CD: Garage Days Re-Revisited’ has now been reissued on vinyl. On it, the group cover Diamond Head, Holocaust, Killing Joke, Budgie and Misfits. The latter band is could be seen as a subtle tribute to the late Burton, who had a Misfits tattoo on his upper right arm. Ulrich says it was a way for the band to let go and regroup, to find new focus but to also have some fun, something that wasn’t around in droves during that time. “Cover songs had been a significant part of Metallica’s story,” he says. “We started out as a cover band and playing other people’s material has always been a part of who we are – it’s inspiring. It’s a place we go to to have fun, to loosen up; it’s a place that balances the seriousness of how anal we can be when we make our own records. So playing cover songs becomes more of a jam, more of an energy outlet – the songs are already written and we don’t have to sit there and worry about how the third chorus is going to go.”

This idea of throwing themselves head first into new projects became the modus operandi for how Metallica would work for years. Head down, guitars loud, pummel on. “That time there was no other way,” Ulrich tells me. “You’re 23 years old, full of spunk, ready to go, shit is happening and being on the road is this free, autonomous place where you don’t have to do anything other than play music and travel around. There was no family around at the time. We were raring to go. Sitting still and doing nothing was not something we were very good at. We were always jumping from one thing to the next.”

This momentum carried them through to their 1988 release, ‘…And Justice for All’, and despite being four albums in and gaining popularity, their 1991 mega-selling behemoth, ‘Metallica’, was still a few years away. During this stage Ulrich recalls still feeling like the band were operating as outcasts. “At that time we were very much hovering on the fringes of the leftfield,” he says. “The mainstream hadn’t caught up to us yet, so we all still felt like outsiders. We were alienated and awkward and disenfranchised and way outside of the mainstream, all just wanting a sense of belonging to something. So we found solace in strength in numbers with the bands that were weird and awkward like we were.”

Weird and awkward didn’t last for long and Metallica became enormous (and very much the mainstream) but Ulrich almost laughs at the idea that that was ever part of a plan. “I don’t think we ever had ambitions because I don’t think we could ever imagine a world in which what we were doing was the mainstream.” Nonetheless, it came and the group dealt with the surge as best they could. “You just do the best you can. Luckily, we all got through it and nobody ended up disappearing for three months or ending up in a gutter somewhere. We were lucky that our internal DNA somehow was able to get us through it without any major casualties that come with success.”

Years of heavy drinking, internalising or avoiding grief, moving a mile a minute and making music that requires huge physical exertion must have eventually caught up with the band? “If you see the documentary that came,” Ulrich says (referring to the very intimate 2004 documentary, Some Kind of Monster, that enters into a world in which Metallica appear to be crumbling due to internal conflict), “I think that is an indirect result of us not really taking the time to process any of this stuff along the way. So we had about two years of pretty chaotic internal dynamics, which I think you could argue in a bigger picture was a result of just going and going and going, and never taking time to self-reflect or check in with each other and take the temperature of the band, internally.”

Being a founding member of the band since 1981, this is the only time where Ulrich felt like the future of the band was something he gave thought to. “The only time I’ve felt like it could stop was when Hetfield went away to go and deal with his issues in 2001,” he says, in regards to Hetfield checking himself into rehab for drug and alcohol addiction. “I wasn’t sure what was going to happen on the other side of that. For about six months it was a little uncertain. Other than that, I would say the idea of stopping has never been a part of our outlook.”

Even during the boom period of the band, when they were selling millions, Ulrich says they didn’t really have time to sit back and soak it in but, more importantly, he feels that was antithetical of the nature of the band. “We’ve never been very comfortable acknowledging our accomplishments,” he says. “The culture we grew up in was not one of ‘look how cool we are, look how many records we’ve sold.’ We were always shying away from that and just getting on with it, so we would never really sit there and bask in it because that wasn’t really the culture of the scene that we were a part of.”

As Metallica have gone on, releasing 10 studio albums, they have managed to seemingly create a new generation of young fans with every passing decade. Think of a person in a Metallica hoodie and the image associated with it is just as much a14 year old as it is a goateed man in his 50s. So what is it about the endless thrash of Metallica that continues to resonate with young people? “I think it’s our good looks,” jokes Ulrich before going on to become the most animated he has been during our conversation. “It’s fucking crazy, dude. Every night half of these kids riding the rails down in the front row are like 15 – it’s fucking insane. Every show. At least half the audience for each show are usually experiencing Metallica for the first time.

“I think Metallica and hard rock are about connecting – it’s about connecting to something greater than yourself, it’s a place where you can go and feel accepted and welcome and I think especially in those crazy years of puberty, and when all sorts of nutty stuff is happening, that a hard rock show, a hard rock record or a hard rock band is a place where you can find safety and comfort and feel that you’re with likeminded people who are going through the same things.” 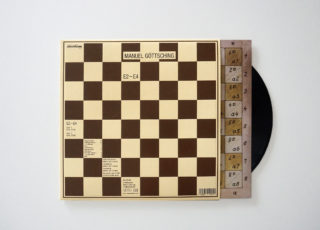