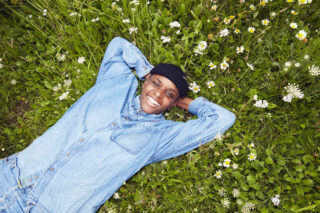 Meet the producer, DJ and label boss carving out a vital new space for marginalised voices – and making bangers at the same time

“The goal is to help Black artists feel like they are able to thrive within the [electronic] music scene, to be able to cultivate that community, and to actually keep that stronghold because there’s a lot of whitewashing within dance music history, and there’s been a lot of LGBTQI+ erasure.”

Sherelle, the London-born DJ and label owner, is recalling the impetus behind her latest venture BEAUTIFUL. Recently unveiled with the announcement of a compilation on the near horizon, the label-cum-creative hub is clearly the next stage in what has been a fascinating journey. Her shift from being a well-respected, albeit decidedly underground DJ to becoming one of the most kinetic personalities in UK club music made complete sense to those who saw it unfold. But it wasn’t just the infectiously exhilarating DJ sets, heard across radio, viral Boiler Room videos and clubs up and down the land, or the championing of fringe genres such as Chicago’s beloved footwork that made her such a captivating and vital figurehead in modern dance music; it was her infectious personality and headstrong politics that set her apart.

“The idea behind BEAUTIFUL is essentially to help new artists build their careers, while also working with established artists I love. It serves as a label and a platform. It came about in lockdown, where I just felt a bit powerless. I basically came up with the idea pretty fucking quickly. I was just like, you know what, I need to do something and it took roughly about a year to get to this point.”

As well as the more traditional label aspects, there’s a clear sense that education plays a key role across the project, with regular workshops planned. “I want to educate people extensively about the history of dance music,” Sherelle says, “and what that means for their chosen genres. So, house and techno people can learn about Chicago and Detroit, and we can draw that over to something like jungle even, how a lot of the samples came from someone like [techno legend] Kevin Saunderson.”

These workshops will run alongside more practical lessons in DJing and production, but it’s clear that for Sherelle, the two sides of musical education are inseparable. Access to equipment and technical knowledge for young people is invaluable, but it’s a shift in attitudes and discussion of the historical context of music, race and sexuality that will truly benefit the wider scene.

“I’m not trying to tell anyone that you can’t be in the music scene,” she says, “but I want someone like myself to feel super confident talking about the dance scene and where those origins lie. People get so hurt sometimes when you explain this music is of Black origin. Dance music can obviously be extremely inclusive, but it doesn’t always look that way with lineups or audiences. A lot of people have said to me that they feel safer and happier when they see me on stage; they feel like they can come to the front because this big ol’ dyke here is shelling it down! It’s nice to see girls and non-binary people feel like that they can come through and just be like themselves. Some people outside of those groups can take for granted how safe they can feel in a venue, or how they don’t have to think about having to dull down their personality to not get attacked.”

Throughout our chat, this idea of a safe space for discussion and education is at the forefront of Sherelle’s vision: “There’s not much space owned by someone like myself, you know, Black and gay,” she says. “And I know for a fact that, if I want to cultivate the Black and queer scene, I can only do so much without that. A dedicated space would just help the scene grow a lot more. In the future, I want to put any money made through the label into developing that. But it’s a gradual thing – I stupidly looked up the cost of a London space, it’s a lot of fucking money! But the gradual process suits me because it just means I can build it properly.” 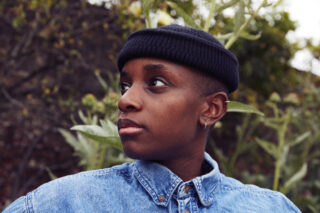 As we discuss all this, I ask how wearing it must be at points to be within the constant crossfire of these conversations; the feeling of having to repeatedly assert your place and your viewpoint.

“That’s just being Black in general, to be honest with you. But I always knew that I never wanted to just be a DJ. It wouldn’t serve me well to be going around being paid for a dream job, and then just sit back and take that. I can see issues within the scene, I’m just pointing out extremely obvious things. I think whoever has come before me has obviously been worn down by it, and that’s fine, because they fought their fight, and unfortunately, they’ve not had the energy. I’ve got time, I’m young. I’ve built this platform, what’s the point if you can’t get people thinking about things? I’m excited to think about the amazing connections I’m going to be forging for myself and new artists.”

There’s a joyful defiance as Sherelle lays out her plans for the future, fed by her clear belief in the young talent she’s keen to nurture. “I want to represent how amazing Black electronic music can be, and how wide the scope is. I remember being a lot younger and people framing dance music as ‘white’ music. So it was important for me to make sure that that the compilation was the fucking widest scope possible in terms of what might be expected. [We did a] call-out for new artists and seeing the amazing women and non-binary people that came forward for that was sick. There’s some fucking silly tunes that have come from that – it makes me super happy.” 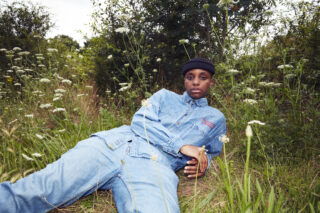 BEAUTIFUL’s mission statement is unique, and the necessity of this kind of project becomes more clear by the day, but it isn’t the first foray into running a label for Sherelle. Hooversound Recordings, a label co-run with fellow DJ Naina, is, while slightly more traditional in its structure, quietly radical in its own right.

“There aren’t many female label-heads that are of particular prominence historically,” she says. “Only really Kemistry & Storm [iconic drum & bass duo who co-founded the legendary Metalheadz label with Goldie] come to mind.”

Fittingly, Hooversound is another label borne from an undeniable kinship: “Me and Naina did a b2b set a few years ago. We had never DJ’d together before, but we had a great synergy from the get-go, both bringing out all of these old school tunes which I don’t think either of us would have expected each other to know, be it old Production House Records bits or some really obscure Dutch techno or whatever. We were obviously big fans of each other’s, but we’d never had a real conversation about music, so I don’t think either of us expected for the mix to be so coherent. After that went so well, it was a given. We were on the same wavelength; we are in sync.”

Where BEAUTIFUL achieves its aims through showcasing the sheer breadth of electronic music being produced by young Black musicians, Hooversound’s curation is more tied toward the shared sonic sensibility of the pair, a coherence that aims to reject staid stylistic barriers while highlighting new neural pathways across the bass spectrum.

“Hooversound for us is meant to be the weird and wonderful side of bass music,” says Sherelle. “We wanted it to have a particular sound, like straight away you’d know it’s us. We also want to keep people on their toes. I don’t think anyone ever really knows who we’re going to release, or when it’s going to happen. We go from footwork to jungle, to 130/140 BPM stuff. I’m glad to see that there’s a change happening not only within the bass scene but also on the techno side of things too – people are being a little bit more dangerous with their music choices.”

Across our conversation, it’s clear that the South London-based community station Reprezent Radio was a formative part of Sherelle’s personal development. Both through its place in the formation of Hooversound, and the clear influence the practical side has had on the workshop plans for BEAUTIFUL, it’s obvious that community radio alongside wider youth projects play a necessary part in helping young people creatively thrive.

“I’ve been with them since 2014,” she tells me. “I started on a couple training courses. Then they let me cover morning shows, then a specialist show. Originally I was playing lo-fi house/future garage stuff. Then I had my footwork epiphany when I watched a DJ Rashad Boiler Room on YouTube. As soon as it came on I couldn’t work. ‘What the fuck is this?’ It’s sick, it’s rowdy and it’s exactly what I wanted to do. Reprezent gave me the time to be myself and make the mistakes that I needed to make.”

In a different respect, the Covid pandemic provided its own twisted space for development. When the clubs closed their doors indefinitely, Sherelle turned to music production as a form of anxiety relief. With guidance from partner and esteemed producer LCY, as well the influence from the likes of Tim Reaper, Coco Bryce and old favourite Machinedrum, Sherelle began developing her own creative process.

July saw the debut self-release 160 DOWN THE A406 – a lovely, decidedly less intense release than most would have expected. “I wanted to test the waters, to see what people’s reactions would be,” she tells me. “I don’t want people expecting me to make a particular sound.” I tell her I think she succeeded in subverting expectations, and if anything, it now seems like Sherelle can do whatever she wants. “The stuff I’ve got planned for next year is definitely more of a club vibe,” she says. “I first started when I had nothing else to do, as a release. Now I’m a bit more confident in it. [Also] there’s only so much time you can play The Sims 2.” 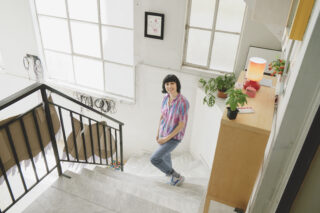 Σtella: putting Athens on the indie map through sheer persistence 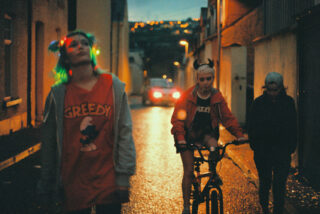