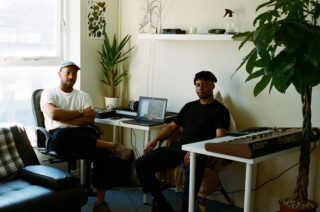 Contemporary urban ambience from the North

Geographical identity is a tricky thing to express in instrumental music, and harder still to articulate in the third person. The power of a regional accent or distinct verbal tradition to imbue music with a sense of place is profound, and shorn of such features, sound can often seem to exist in a centreless limbo (that is not necessarily a criticism).

Of course, certain instrumental scenes have cut through with their own identifiably locational sound: Detroit techno, for example, or Parisian house. Yet in the UK, such scenes are relatively few and far between. Frequently, the dance and ambient music movements in Britain place a greater emphasis on universality and escapism than local identity or direct engagement with one’s immediate environment. Acid house, for example, had far more to do with ’60s counterculture and the radical possibilities of psychedelic and technological progression than the dour North Western cityscapes under whose shadow it flourished.

Occasional combinations of considered discourse and exceptional music have gone against this grain. The late, great Mark Fisher’s work on Burial is a prominent example: from the South London producer’s earliest work, Fisher identified a generational quality to this music, an uncanny ability to transpose the bruised environment of millennial London into gorgeous, perspective-shifting sound. At this point, I’d like to underline that I am resolutely not attempting to draw a false parallel between myself and Fisher; there is, however, something of Burial’s remarkable ability to engage with his surroundings and produce mesmerising, timeless music in the work of Manchester two-piece Space Afrika. 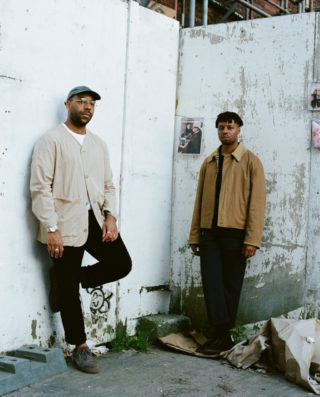 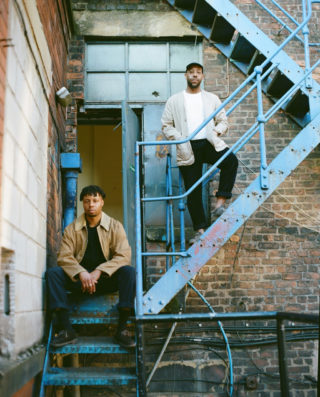 For four years, Joshua Reid and Joshua Inyang have been producing an ever-evolving brand of faultlessly forward-looking electronic music, demonstrating a formidable literacy in what Simon Reynolds terms “the hardcore continuum”, that uniquely progressive thread of British underground dance music that can be traced from the first stirrings of Krautrock influenced-post-punk to contemporary broken beat, post-dubstep and UK bass. “We’d been spending a lot of time together, going out together, and being influenced by a lot of music in Manchester: house, techno, drum ‘n’ bass, jungle,” says Inyang, and those influences are audible in their earlier releases, thick slabs of industrial techno submerged in the sub-frequency abyss of 21st Century dub. Yet their recent LP, ‘Somewhere Decent to Live’, is almost entirely devoid of the consistent beats or wind-tunnel basslines, which characterised releases like ‘Where To Now’ and ‘Above/Below The Concrete’. It’s a pretty astonishing album, easily the most striking ambient record I’ve heard this year: an expansive, heady work that evokes the restless emptiness of urban life in post-industrial Northern England. So how have Space Afrika arrived at such a singular sound?

“Naturally, we started to become less and less involved with going out, and we started to have more of our own ideas, staying in and looking for a sound that we felt more comfortable with,” elucidates Josh, who speaks in slow, cerebral sentences, as if continually spinning multiple intellectual plates. “We were listening to a lot of dub – Basic Channel, that kind of stuff – as well as broken beat, German mainly, and a lot of ambient music.”

At this point, the conversation turns to the aspect of this duo that I find so striking: their relationship with Manchester. “We’re quite proud of the direct influence that the North West and Manchester has on our music; the architecture, the design, the history. We spend a lot of time travelling, and just walking around the city at crazy hours of the night, under the harsh grey… You can’t help but absorb that on a daily basis. Although we spend a lot of time in quiet, living room type environments, you’ve always got that stuff in the background, spilling over into what you find when you’re in that quiet place. It results in music that’s a lot more natural and organic, completely related to everything you experience in the day-to-day.”

This influence is worn brazenly; as they’re keen to remind me, the titles of their releases, and indeed the name of the project, refer explicitly to notions of geography and architecture. ‘Somewhere Decent To Live’, ‘Where To Now’, ‘Above/Below The Concrete’; this is a duo who foreground their relationship with place in everything they do. One way in which they expand upon such foregrounding and flesh out their music into a fully-realised sonic environment is through the liberal use of field recordings. “The sounds of wind, of cans, of a train… they made sense, and inspired the theme of the whole thing. Just recording stuff on our phones or hand-held recorders, we brought those feelings directly to the sound, by just capturing it as is. The field recordings are paramount to the music,” says Inyang.

On this point, Reid is keen to interject. “There’s never a straight rule of how we put a track together. A field recording might have an energy or a story to it that we can work with directly, finding points that create a nice atmosphere, and that might lead the production. Or sometimes we can have an idea of the type of track we wanna make, whether that be a soundscape or something more club-inclined, and a field recording can be the perfect thing to carry the story of that track.” This sense of naturalism, of instinct over preconception, is a theme to which our conversation keeps returning. 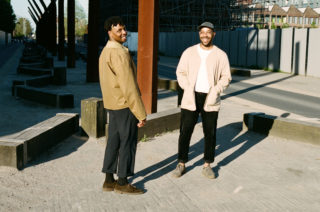 Having grown up together in Manchester, both members of Space Afrika relocated to West Yorkshire for university. When I ask about how the move affected their creative work, I find the answer slightly surprising: “I think it’s more a progression thing, over time, rather than place. We were travelling between Leeds, Bradford and Manchester, and had an idea of what we were trying to make. As we got more confident and had more conceptual ideas, it all kind of gathered into something more freeform. Less structured to the grid, more testing stuff out.” To these two, time seems as much of a creative catalyst as location. Yet, upon further consideration, this makes increasing sense: ‘Somewhere Decent to Live’ evokes a recognisably modern-day Manchester. This is not the city of crumbling industry and sinkhole estates that loomed over ‘Unknown Pleasures’ or ‘Dragnet’; it’s the embattled shell of that town four decades on, in which the industries that were buckling back then have been inadequately usurped by service jobs and the gig economy.

Returning to the Burial comparison, Inyang raises a fascinating point: “Yeah, we’ve come from opposite ends of the spectrum [stylistically], and have a more direct experience of the music we’ve done in the past, but the way that we isolate ourselves in the studio maybe makes us connect with that lack of experience that you could say Burial has with his story. We’ve completely shaken off all the stuff that was immediately in our face, as people who are involved with nightclubs and parties, and we forget it intentionally. Removing that education, or not having it all, is something that’s very similar between us and Burial.” Space Afrika’s records are not post-techno or post-dub in the way that Burial’s could be understood as post-rave transmissions from a city haunted by a recently-passed cultural fervour created by an artist who was just too young to experience that fervour first-hand. Reid and Inyang have experienced the culture their music references first-hand, yet through a deliberate process of self-exile they’ve arrived at a similar position of post-club remove. By trading London for Manchester, two-step for techno, and receiving wisdom for first-hand comedowns, Space Afrika have created a sublime update to Burial’s eponymous debut 11 years on from that record’s release.

My final question to the pair is short and sweet: is their music a way of engaging with their environment, or escaping from it? After a brief pause, Inyang offers a characteristically philosophical answer: “Both. Manchester, like other Northern cities, doesn’t always have a lot to do, so some of the music comes out of not having the infrastructure for people who want to explore artistic methods. A lot of the time it’s a way of clearing your mind, and the process is valuable in and of itself. It’s therapeutic… and addictive.”

As we conclude our conversation we briefly touch on the duo’s radio work (they have regular slots on Manchester’s NTS and Reform Radio stations). “There’s an artist we’re excited about called Sugai Ken – we’ve played him on the radio a few times – interesting modular Japanese broken stuff,” says Inyang.

Reid speaks up with a final point: “One thing that’s shared between the music we produce and the way we put together tracks for a radio show is the story of the music as it goes on – it’s intentional. But as we said before, there’s never a pre-thought for how we’re gonna do it. It just happens naturally. I instinctively know when to come in over whatever Josh has got in his record bag that day, and vice versa. 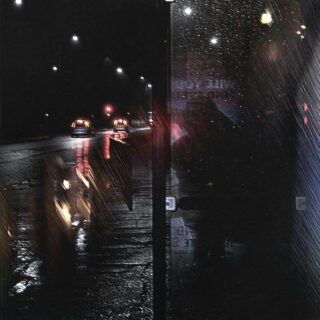 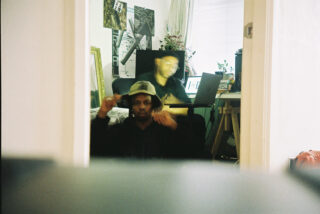