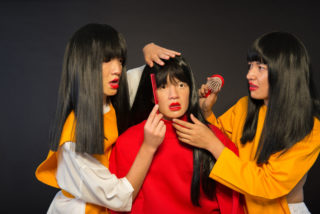 Where digital perfectionism meets with the messy, unresolved nature of being human

If you worked in recruitment, you’d probably market Becky Freeman as a “digital native”. The Australian interdisciplinary artist is best known as electronic experimentalist Sui Zhen (her Chinese Malaysian middle name) but her practise spans graphic design, film-making and creative direction, with the Internet as her primary medium and method. These skills – alongside experience in the tech sector – lend themselves well to the visual-driven nature of social media; channels that she fully knows how to exploit in order to reach new audiences.

Speaking to me in my Edinburgh bedroom over a sputtering 3G connection from the other side of the world in Australia, she explains that while music was her original focus, things would only really fall into place after she decided to make her creative practice as capacious as possible. “I always wanted to do music in some way but I was only ever seeing what was right in front of me as the next step: I never dreamed too big at first. Music felt immediate because it was always something I knew how to do myself and didn’t need to do collaboratively.

“Later, once I was more confident with song-writing, I started to bring my other interests into the context of making music videos or the marketing of my material,” she says. “I saw opportunities to be creative with how I promoted myself, and this was at the beginning of artists using the Internet to get their music out there. Now I guess is the perfect time for musicians who have a multimedia approach to making music, because they can actually utilise all of their skills.”

It was in this process of raising awareness of her music online that she developed one of her lasting obsessions: the division between our “real” and “curated” selves. The two-dimensional, airbrushed facade that we present online all too often doesn’t correlate with our IRL experiences, which are littered with the disappointments, heartbreaks and bad hair days that don’t make it onto the highlight reel – something that Freeman explores through alter-egos Susan and Linda. Susan came first, the protagonist of 2016’s LP Secretly Susan. Linda is a more recent addition and the star of forthcoming follow-up Losing Linda. 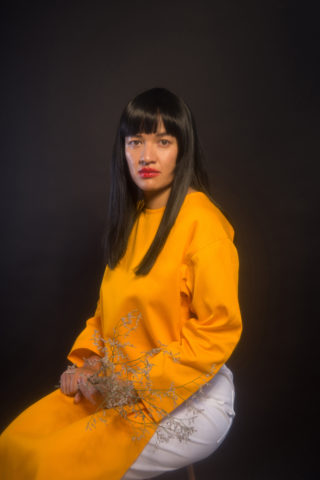 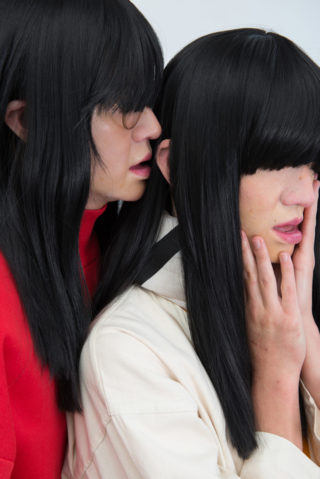 Gazing out from behind a sharp blonde bob and blue contact lenses, Susan moves with slow, languorous movements through a lush aesthetic universe spanning the videos and visuals for Secretly Susan. While Susan embodies our preened, surface-deep online selves, Linda, represented by an eerie death mask, is an exploration of the ghostly fragments that haunt the Internet after our physical passing. The tensions between life, death and the in-between of the virtual realm become points for Freeman to explore the meaning of what it is to be human, asserting the power of presence and feeling as an antidote to the waking death of days spent scrolling, zombie-like, through images on a screen.

It seems like Freeman – particularly in the surreal, almost disembodied sounds of new single ‘Perfect Place’ – could be touching on themes of transhumanism, a philosophy advocating for cyborgism as a response to the limitations of the human condition, particularly the inevitable grief and decay that serves as one of Losing Linda’s primary themes. Whilst she concedes that she’s never seen the label as directly applicable to her work, some of the psychological implications of transhumanism feed into what she looks at thematically. She says: “I’m interested in the emotional experience for people throughout this age where we’re so preoccupied with our own mortality that we have to try to supersede it with technology. I’m intrigued by the futility in this quest.” Whilst we might never be able to live forever – particularly in the context of impending climate catastrophe – there’s no denying that we’re becoming increasingly intertwined with the electronic devices that are almost becoming an extension of our physical bodies. “I do think this fusion is happening, but at the cost of what? If we remove a lot of stimulus and a lot of that obvious computer-based technology there’s so much our brains and senses are telling us that we’re kind of disconnecting from.” 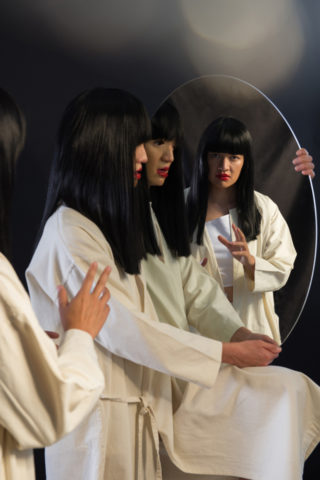 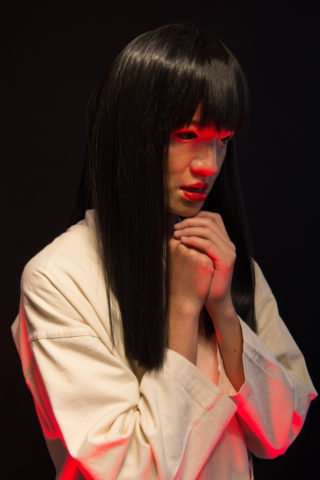 Perhaps unsurprisingly then, she cites interdisciplinary artist Laurie Anderson as a key reference. Anderson is familiar to many as the partner of Lou Reed, but with her 1981 sneak-hit single ‘O Superman’, she contributed an early artistic exploration of the transhuman experience through distorted, tinny vocals spliced up with quotes from her answering machine. Yet it’s less Anderson’s take on the technological age that inspires Freeman, and rather the all-too-human nature of a performance of hers that Freeman witnessed at Tasmania’s Dark Mofo festival. “She was really personal with her expression, it seemed like she was dealing with grief a lot after losing her partner, Lou Reed, and that came into her performance. It was a mixed media set; I wouldn’t say her performance was typically musical – it was also spoken word and storytelling, and there was even a couch set up on the stage. She just used whatever tools she wanted to bring in to tell that story.”

Also at Dark Mofo, Freeman witnessed a performance by Inuit throat singer Tanya Tagaq and the combined impact of these two artists would have a defining impact on the final form of Losing Linda, leading her to re-record some of her vocals. “On the one hand I was seeing a more mature artist who’s been producing work for a really long time but who’s never had to sacrifice her creative vision; on the other I was seeing this younger artist who comes from a very different place in her music, and who was very raw and emotional. That experience came after I’d written a lot of the album but it influenced the way I finished it off in checking that the vocals were expressive enough and not too stilted.”

Throat singing has helped open up Sui Zhen’s horizons of what vocal expression can be, particularly against the constrainingly polished and auto-tuned standards set by mainstream music. Despite the important history and remarkable beauty of throat-singing, the music style can provoke feelings of discomfort from uninitiated audiences. For Freeman this is part of its allure. “If you feel uncomfortable with these sounds that we’re all capable of making, it’s because we train ourselves to express ourselves in one kind of way, even when there’s so many other possibilities of use of your voice.”

In her lives shows, Freeman finds a space to “let loose” and pursue forms of musical articulation that transcend the reductive nature of streaming platforms that regurgitate the same mastered, edited versions of her sound. She tells me: “It’s such a weird process adjusting to the language of DSPs [streaming services like Spotify or Apple Music] for me. I’m pushing the same content to all these platforms and it’s really getting milked for all it’s worth. It’s really nice to do a live show and have that contrast where you don’t sound exactly the same as on every recording – you’re just completely human.”

As Sui Zhen, Freeman inflects digital perfectionism with the messy, unresolved nature of being human – showing that there are still untapped experiences that no machine, algorithm or virtual reality can replicate. 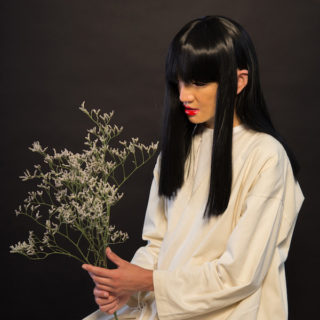