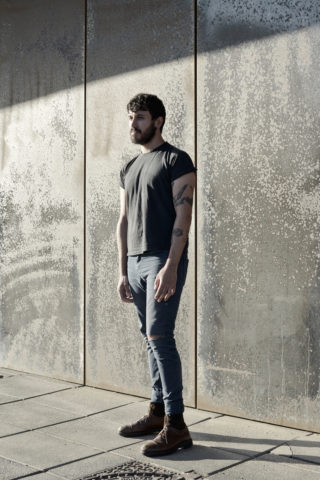 If assumptions are made on the personality of a person based solely on the generalisations of their musical output, I’m not sure Bobby Krlic would be someone I would ever want to meet. His latest, and superlative, LP ‘Excavation’ (an electronically composed record for the afterlife) is riddled with all the ‘bleak’ and ‘dark’ descriptive clichés you can throw at it, but such is the vast dark hole of the record, it would only swallow them all into it’s engulfing, Cimmerian galaxy. However – and far more truthfully ­­– to describe this album simply in generic, thematic terms would be wholly missing the point.

Yes, it’s a record soaked in death, the arteries of which are clogged with a tar so thick black and indelible that it trickles through your speakers and into your brain, but it’s also an ever-shifting, ever-expanding ball of narrative consciousness that moves gracefully and thoughtfully. Like watching an asteroid hurtling towards earth, it’s initial path may be panic-stricken and terrifying, but you only have to study its path to realise its true magnificence and beauty. Ultimately you except your fate in the comfort of its affect.

Bobby as it goes, is not the grim reaper but a loquacious, affable and softly spoken gentleman. As we sit down to talk, he has just finished a mini-tour that saw him playing with William Basinski in Germany. “We played at the Berghain, which was amazing,” he tells me. “They’ve got the most insane sound system I’ve ever seen in my entire life. There’s loads of sub-bass in my set and it was literally rattling my eyeballs, I couldn’t even see. And then he [Basinski] came on and made everyone sit down and just played the most mid-ranged quiet set I’ve ever heard, you just had to whisper. I thought that was so brave.”

Bobby is a Wakefield descendent who moved to London to study ‘Sound Art’, “like fine art with a focus on music conception.”

“You don’t learn recording or producing techniques, you just learn about how to find your voice,” he explains. “It was pretty conceptually based.”

This set-up didn’t originally prove conducive to Bobby’s very musical and hands-on up-bringing. “I’d come from a very practical, kind of punk background of making music. I’d just started getting into electronics at the time and I wanted to go there and I wanted them to teach me, but they couldn’t, so the first year I found it really frustrating. I didn’t do like art A-levels or foundation, so my mind wasn’t really wired into that way of thinking.”

Bobby’s practical inclinations soon merged with his conceptually taught ones as he began to weave together abstract and narrative-driven electronic music. Labelling has in fact been something of a weird thing for Bobby. “I mean if I was asked to label it, I’m not sure I would know what to call it, so it doesn’t bother me too much. Although it’s been called witch-house and that’s laughable. Oh, and it did get dub-step album of the month in Mixmag,” he says, which sends us both into a sputter of chuckles. Likewise, the term ‘noise’ is something Bobby veers away from. “That term doesn’t really make any sense to me, I think it sounds reductive. I don’t understand what noise is, I understand what sound is but I don’t understand what noise is. To me noise is nothing, I don’t know what noise is.”

Adorning the cover of ‘Excavation’ is an image as striking, purposefully ambiguous and cloudy, yet as perfectly representative of the lexicon within the album as possible – a swinging noose against a black abyss. “It was a long quest to find that,” Bobby tells me. “This album is pretty conceptually based, it has a strong narrative to it. So trying to find an image that encapsulates that is really difficult. So a friend of mine who did the photography for my first record sent me over the pitch for this record and in the pitch there was some reference images and one of the photographers was called Cody Cobb – his images just struck me and so I Google’d him and just started going through all his work, and I don’t know what it was about this one but it just stopped me. The more I looked at it, the more I realised it’s not really a noose, as it’s not tied, then there’s this cloudy stuff obscured behind it out of focus and it’s suspended in air, so you don’t really know where it comes from and there are so many elements like that on the record.

“Visual identity is really, really important to me. It’s not just about the music, it’s about the whole experience.”

I recently stumbled across an interview a few years ago in which Bobby, rather refreshingly, declared: “I never consider the role of the listener.”

I ask if this has changed as he’s taken The Haxan Cloak on the road an in front of people. “No, I’m really selfish,” he says. “I don’t give a shit. If people don’t like it I don’t care.

“I’ve done plenty of gig where I’ve cleared rooms out before.”

Is that ever satisfying?

“Do you know what, it depends where you are playing, man…” He stops. “You know what, it’s not. It’s never a satisfying thing. Like if I was playing to a room full of Rhianna fans, I wouldn’t just want them all to leave, I’d love it if even one or two of them could see or feel something in what I was doing… I do like Rhianna as well, that’s not an insult.” 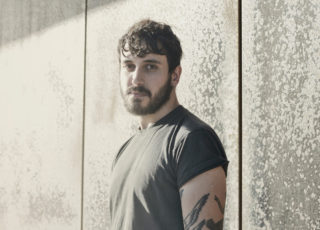 Of the ‘darkness’, Bobby offers: “I’m a massive horror fan and that informs a lot of what I do. Without the terror you wouldn’t have the beauty and without the beauty you wouldn’t have the terror. It has to be a relationship that compliments one another. You can feel comfortable in being uncomfortable. I’m interested in relationships of power like that.”

In ‘Excavation’ it follows the narrative path of death and the after-life of a clandestine lead character, so I ask him if the character’s ‘excavation’ ran parallel to any Bobby was having? “It’s a tough one, that,” he says. “I think that with anything that I create. Let’s say that for every thirty days spent making music, I’ll probably feel like on one or two days I’ve come out with something worthwhile, and part of the reason it feels worthwhile on those days is due to what you put yourself through in the other days. It’s expelling something. Catharsis in a way. That’s kind of why I do what I do.

“Ever since I’ve been a kid, I’ve never wanted to do anything but music. I didn’t even consider there was another option. It wasn’t even thought about, it is just something that I have to do. If I don’t make music I feel terrible.”

For Bobby’s recent sold out ATP show, he enlisted the services of My Bloody Valentine’s audio engineer, which was, “amazing! Really good.”

“He spent a lot of time tuning the system to what I was putting through it, which not many people bother to do, understandably, if they’re an in-house engineer. The second big thing is, having your own sound engineer is kind of like having a big buffer – if someone goes ‘can you turn that down?’ he goes ‘no’, and literally the minute we started sound checking there were people from across the street and upstairs coming over to complain and even the venue owners came over and said ‘you’ve got to turn it down’ and he said ‘it’s not in my interest to turn it down, it’s in my interest to do what he [Bobby] wants me to do and if he wants it to be loud, it’s going to be loud. We’re not breaking the decibel limit of the venue, so I’m going to make it as loud as possible.’ That’s what I want my shows to be, I want them to be massive and loud and physical.”

“There is a point where at the end of every set I do, it’s a bit like… [Bobby exhales out deeply]… You feel drained because it takes a lot of processing energy to be just pelted with sound. You feel tired. There are many things I could compare it with but I won’t, so I’ll stop there,” he laughs.

While Bobby’s creative tendencies are anchored more firmly in personal endeavour than audience pandering, he still talks humbly of the audience response to his music. “I tend not to look up too much when I’m playing,” he says, “so I don’t really look for reactions when I’m playing because there’s so much smoke and strobes and shit I can’t even see anything. So literally, man, if one person comes up to me after the show and says, ‘I really like that’ that’s job done for me really. When I was younger and I went to shows I daren’t approach people, I daren’t go up to people or if I did it took a lot of talking myself into doing it. So if someone comes up and says, ‘thank you for playing for me’ what more do you want?”