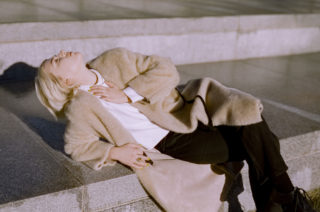 “I’ll just have a sparkling water,” says a rejuvenated Rebecca Taylor. New Year, new me? “Fuck that, this is a transformation, unless I get invited to the Glamour Awards – there is no way I can’t drink champagne at the Glamour Awards. It’s that, Jools Holland or a tube poster. That’s my dream.”

It’s been a dream of Rebecca’s ever since she picked up a guitar aged 16 and joined the much-adored indie folk pop band Slow Club with fellow Sheffield musician Charles Watson. Now, some 15 years later, Slow Club are no more but Rebecca is still pursuing that invite to the Glamour Awards as Self-Esteem, and she couldn’t be more excited.

She’s so thrilled, in fact, she knocks her San Pellegrino flying as it arrives to the table. “Look at those reactions – that’s my cricketing! Did you know that about me? I got into South Yorkshire when I was younger – that was going to be my career. I was a spin bowler but they changed the ball from a wind ball to a real ball when I was 15 so I gave it up. I haven’t been down the nets for a while.” OK, Rebecca’s new album can wait. “So there used to be a magazine called Wicket Women,” she continues. “I can’t find any evidence of this online, but I used to subscribe to it monthly, I swear. It was definitely around in the ’90s. I want to make some art out of old copies of Wicket Women. I mean, everyone goes, ‘oh you’re bi-sexual’, but Wicket Women could have told you that years ago!”

Despite doing interviews for half her life already, Rebecca is warm, engaging and endearingly excitable. Maybe it’s her new lease of life. It seems Self Esteem has given her just that. “So yesterday I was out shopping, and It was funny, I heard my track being played!” she says. “Normally if I was on my own I wouldn’t say anything, but it was so loud in Debenhams on the make-up counter I couldn’t help myself, so I said this is my song and the girl was so sweet and asked if she could hug me. It was just lovely. I get obsessed by certain songs and sometimes bounding up an escalator to a certain song is the best feeling in life, so hopefully this means that someone somewhere is bounding up an escalator to my music. I am sounding a bit like Bros here aren’t I?” Yes. “…well, they didn’t have the eyebrow pencil in stock though, which is a terrible end to the story.” 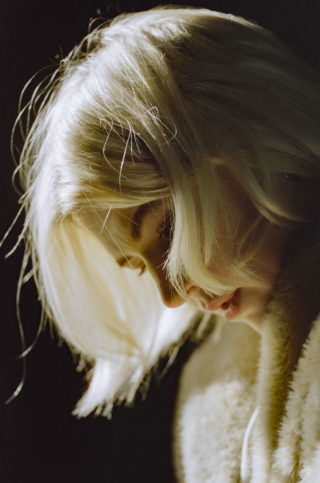 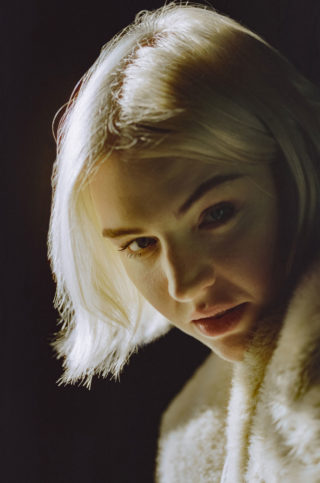 Self-Esteem is the result of some serious soul-searching. The demise of Slow Club in 2017 brought a wind of change to Rebecca’s musical outlook. “I went to Margate in search of the good life, but I am back in London now. I didn’t find it. I made my album there and met some wonderful people there who are now my friends. I loved it really, I just felt like there wasn’t enough for me to do. The way I maintain my mental health is by not stopping, ever! And there was so much stopping. You can make yourself as busy as you can, but it just wasn’t right. If I was having a child or settling down it would be perfect. All that slight return bollocks, you know – it feels like something new is happening right now and if I was in Margate I don’t think that would be happening, I would have stayed stationery, mentally. Being here in London I just keep going and going. I know that doesn’t sound healthy, but it works for me. I am really proud of what I made there, though.”

What she made is ‘Compliments Please’, an astonishingly ambitious album of hits, bristling with pure pop intelligence. It’s a million miles from the slow-burn world of Slow Club. “Obviously, calling it that is funny – I think it’s making people not give me compliments. We are predisposed to not do as we are told. What else am I doing it for?” she jokes, forever self-deprecating. “I am so proud of it though and it’s a new level of proud that I have not experienced before as its 100% what I want to do whereas before I was compromising. I do wake up in the morning with a mad sense of respect for myself…which is weird.

“Everything in the band was a compromise, and you can hear how much more me this is and how much I am enjoying it. I have spent my whole career wanting to get bigger and to have more opportunities and be taken seriously. No stone left unturned, if you know what I mean, and now I have turned over all those stones, musically.”

Underneath these stones lie lush strings and big sentiments accompanied by drumbeats more in line with Destiny’s Child than Destroyer. Rebecca’s finally expressing herself one hundred per cent. “I started in the band when I was 16 with Charles and then Slow Club began when I was 18,” she says. “After that it just rolled on and on. I think as we never hit any heady heights there was nothing to fall from, it was a gradual thing. I knew that there were so many things that I wanted to do musically that wouldn’t fit there so I privately wrote songs and started making them with other people. It was always bubbling away but it never felt real or something I could do, I thought it would just be a one off bootlegy EP or something. It was after that third Slow Club album, we’d been on the telly and things got a bit more exciting, we were on a bigger label, I really loved all that and I would like to do that again. Charles didn’t love that and I couldn’t push him. I have this knot in my stomach all the time and feel bad about it. If I am being selfish about it, though, and maybe I should be, compromising your output since you were a teenager is not good for you and I didn’t realise that. I thought that was the nature of the industry but now all that has lifted away.” 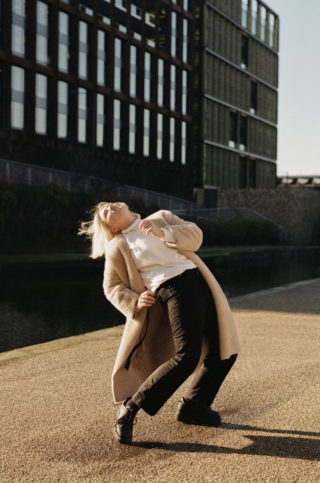 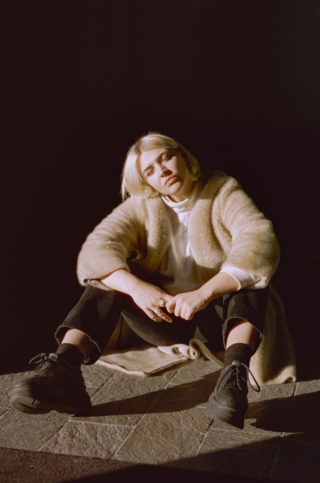 After so long on the same road, Rebecca’s brave new direction is admirable, but she must have some doubts? “Of course,” she says. “I fit into the flowery dress with acoustic guitar very easily, but that was never who I was. This could backfire massively but that’s also fine as I am quite tired now.” She laughs, demonstrating how humour is her go-to form of self-defence.

“I was a drummer before I was a singer so it’s about the beat first,” she says, “I can take or leave instrumentation. I do love strings though, so there are strings. But it’s a mood and a feeling. There is so much music now we could just stop making any more, so if you’re going to make music now, you must strongly create a feeling. It’s got to be really sexy or really angry – then it’s worthwhile.” So what feeling have you created with ‘Compliments Please’, I ask. “Meat,” she says. “Meaty feelings. Which there is a place for.”

This meat-based sound was created with Johan Karlberg of The Very Best, his masterful production allowing Rebecca to find her voice. “Johan was in Margate, the studio was in Margate, I love The Very Best, we were very likeminded in what we were into – beats, sound – it was just quick, which I really need as I am lazy and impatient. He understands pop music. Too far into the cool side of things I wouldn’t have been happy, too far pop I don’t think either of us would be happy. X-factor pop is not what we wanted, although I do understand it, deeply. My whole career I wanted an audience dancing, so I really hope I get it. I have this little dream of my gigs being like a big party.”

The record subtly shifts through genres and influences that act as a clue to Rebecca’s development as an artist, something she’s open to exploring. “I want to keep Self Esteem bombastic and big, heavy and emotional,” she says. “But do I want to do the same thing for every album? Do you know, I can’t remember the last time I was listening to an album and then I couldn’t wait for the next one. The only example I can give you is Alisha’s Attic when I was 11 or something and I loved the record so much but then I was mortifyingly disappointed with the next? The only other artist that I can’t wait to hear the record of now is Perfume Genius. Isn’t that weird? I have just renounced all other music. There is something about the way he writes songs that I just adore. Sonically, he has progressed perfectly.” 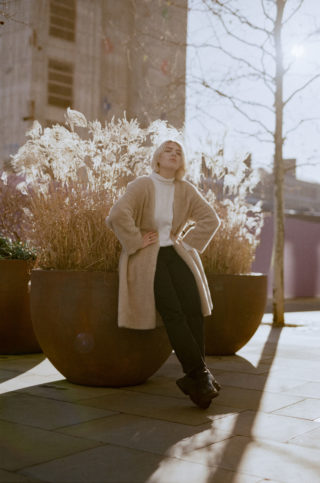 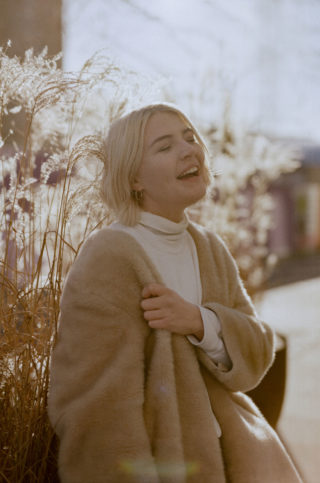 Tonight Self Esteem graces the stage in Kings Cross, as Rebecca’s rebirth continues. It’s clearly still a rollercoaster of emotions. “It’s really weird being on new bands nights,” she says. “Going back to the start has been funny for me. I remember that wide eyed excitement, driving to gigs in Charles’ little car – we packed everything into it. I played the drum kit stood up. It was so twee and we had fake flowers everywhere. I thought about what I was wearing so much. All that came flooding back! In Slow Club nobody needed to talk to me, whereas now I feel like I am hosting my own party all the time.

“Being in Slow club was way more lonely than being in a band, to be honest. Working with a team of people I have chosen is a lovely feeling. I mean we haven’t done any extended touring, so we might end up not speaking to each other! I think this goes back to when I was younger, and I was never in a gang. I am wary of it but now I finally feel like I am an important member of something. This is probably what it feels like if you get married or have children or something – maybe this has been a convoluted way to finally feel popular. It’s because I am paying them no doubt.”

Always the first to laugh at herself, Rebecca finishes her water and gathers herself to leave. “I am trying to take things one day at a time,” she tells me. “If people like the album, if I finally get some free clothes from Victoria Beckham, if I get invited to the Glamour awards… I don’t even know when they are, you know, why do I keep saying it? I love the UK-ness of it, actually. I want that Pixie Lott level of the Glamour Awards going on. I want to be on This Morning. I would love that.”