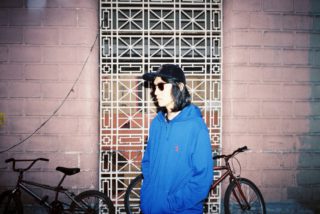 Idris Vicuña – the Filipino bedroom producer known as Eyedress – has spend years popping up in the all the right places, only to drop a frazzled track or phone-filmed video here and there, and then duck away again. When his name comes back around – like now – you think, ‘Eyedress… yeah… that guy who was picked up by XL? I liked him.’

Today he’s back, finally with news of his debut album on Lex Records, confirming that freebie ‘Shapeshifter’ in 2015 was a mixtape.

This ‘proper’ album is called ‘Manila Ice’ and will be released May 12th. But first, here’s the album’s title track – Eyedress’ best blend of mellow RnB and Mac Demarco-ish guitar echo. Fall out of bed to this one.