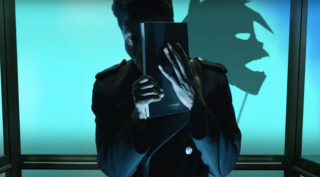 It was Gorillaz’s sense of mischief which made them so appealing way back when they put out their first music in the late ’90s. Yes, Damon Albarn and Jamie Hewlett really have been doing this for nearly 20 years.

You can expect that a few artists will chose Donald Trump’s inauguration day to make their point, but Gorillaz have got in their early with theirs. It ain’t no typical radio-pandering comeback single, either.

In the video, London singer Benjamin Clementine appears in the reception of Trump Tower, New York. The song’s called ‘Hallelujah Money’, we don’t need to spell out all the messages for you.