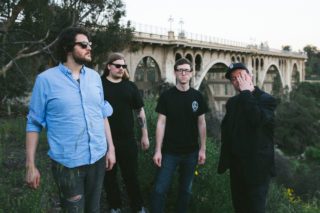 Alright, it's not a party jam, but it is very good

It won’t come as news to you that the world is having a bit of a stinker of late. And there will be a generation after us who, quite likely, will wonder what the hell was going on?

Detroit band Protomartyr’s forthcoming new album ‘Relatives In Descent’, they say, is a piece of work which questions the general “unknowable nature of truth”. It’s not a concept LP, but that overarching question weaves its way throughout the album.

Last month, the band’s latest chapter was introduced with the brilliant single ‘A Private Understanding’.

Now, they’ve put out a new one – ‘My Children’ – and announced a UK tour for later this year. Honestly, you’d be a fool not to go to one of the shows.

‘Relatives In Descent’ is out via Domino on 29 September.

Sauna Youth are supporting at these shows, too: