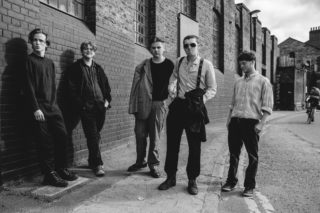 This one's for Theresa

It’s not a new song, but it is a relevant one.

South London’s SHAME aren’t a band afraid of airing their viewpoint, especially when it comes to politics.

‘Visa Vulture’ was written while Theresa May spent six years in government as Home Secretary. Tomorrow (8 June) she aims to become a Prime Minister selected by the people in her own snap General Election.

Deliberate then, that SHAME have chosen now to share it.

“We’re happy to make it widely available on the eve of probably the most important election we’ll ever vote in as a rallying cry, a wish that we’ll never have to pen another Tory bashing song for at least another 5 years come,” they say.

While they’re at it, SHAME have just signed to Dead Oceans and announced a big autumn UK tour. All the dates can be found here.