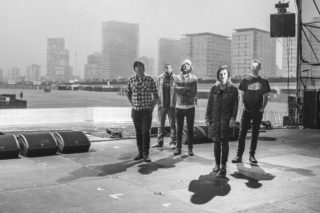 3 years after reforming, Slowdive have shared a new track

In 2014, after 19 years of nothing, Creation cult band Slowdive resurfaced for a string of shows starting at Primavera Sound. Daniel Dylan Wray was there and spoke to Rachel Goswell and Neil Halstead moments before they went on stage.

In that interview they alluded to making a new record (their fourth, following ‘Just for a Day’ (1991), ‘Souvlaki’ (1993) and ‘Pygmalion’ (1995)), but have remained quiet since that summer of touring. It was looking like they’d slipped off once again, with Goswell working with Mogwai’s Stuart Braitwaite on new project Minor Victories.

Today, though, they’ve shared this new track, ‘Star Roving’, via a new deal with Dead Oceans. There’s no mention of a new album just yet, but, c’mon, bands like Slowdive don’t sign single deals these days, do they?