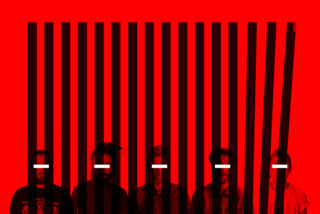 There’s been a reoccurring theme from the stuff we’ve written about on our Listening Post this week, and that’s been protest. From Tel Aviv’s Noga Erez putting a left-field pop slant on her disagreement with inherited power through to Stevenage punk band Bad Breeding announcing new state of the nation album ‘Divide’ along with an essay about, among other things, the consequences of Nigel Farage’s poisonous rhetoric.

GNOD aren’t shying away from all this either. At the end of the month they’ll release a new album, and the title gives more than a weighty hint as to its contents: ‘JUST SAY NO TO THE PSYCHO RIGHT-WING CAPITALIST FASCIST INDUSTRIAL DEATH MACHINE’.

It’s out via Rocket Recordings on 31 March. But before then they’ve got a new, combative, 12-minute track called ‘Stick In The Wheel’ to share.

If this is your first introduction to GNOD then we’re happy for you – for 10 years the Salford-based collective have been making uncompromising music. Frankly there’s a vertigo-inducing depth of material to get into from the collective, but also at the hands of their dozen or so associated side-projects. Still, this is a more than decent place to start.

“It seems like we are heading towards even more unsettling times in the near future than we are in at present,” says Chris Haslam from Gnod. “2016 is just the beginning of what I see as the establishment’s systematic destruction of liberalism and equality as a reaction to the general public’s loss of faith in their system.”

“What is going on in the world politically at the moment is killing souls, killing joy and love. It’s important that music continues to empower people and I think as an artist of this time you need to try to do that.”

GNOD are going on a lengthy tour this spring, here’s where you’ll find them: 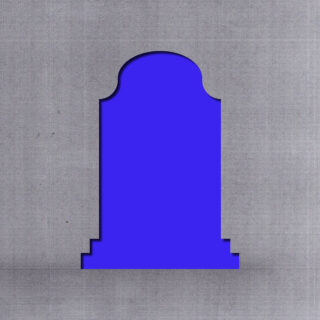