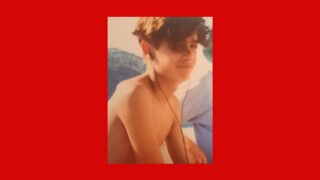 From issue 149 of Loud And Quiet, our Sweet 16 feature with Jon Hopkins below.

Listen to its 10-minute podcast version via your private L&Q membership RSS feed. To access it and listen to previous Sweet 16 episodes, hit the ‘subscribe to podcast’ button here. info@loudandquiet.com if you get stuck.

Jon was talking to Luke Cartledge

Jon Hopkins: This photo was a really nice moment in Turkey. It was a sailing holiday with my best mate and his family – the only sailing holiday I’ve ever been on; I’m not known for my sailing skills. If you’re talking to a lot of people about what it was like being 16, you’re probably hearing a lot of people talking about how shit it was because, generally, it is shit. This is nice because it was a moment where I was sort of taken away from that for a bit and it was just in this really pristine, beautiful place, sailing around between little coves and sleeping on the boat, and it was a bit of an adventure with my friends. It was a moment of escape from the reality of being a 16-year-old.

It would have been the first time I’ve been away without my parents – although I was with someone else’s parents. At this point, I can’t remember exactly whether my parents were still together, but around then they were getting divorced… we weren’t having holidays, let’s just say that.

Music was a day one thing. I was showing signs of musicality like age two, and I taught myself piano at four. It was my one love, my one obsession, always. But some radical shifts happened around age 16, which are actually important to reflect on for what I ended up doing.

It was when I discovered the combined power of smoking cannabis and listening to electronic music. In my early teens – this would have been 1990-95 – everyone was listening to guitar music; that was the trendy thing and when you’re that age, the only thing that matters is fitting in. So Nirvana and Pearl Jam, and we had a metal phase – Pantera, Sepultura. I never had that person that introduced me to loads of music, so in those teenage years I just went with everyone else. I found a lot to love in that music. I loved Pearl Jam: Ten is incredible – that’s such a complex, dark album and was such a massive hit. But yeah, when I was 15 or 16, changing a bit, smoking a bit, looking inward, and my older brother had been given this cassette tape with no tracklisting on it. It was a mixtape, and it had the most amazing stuff on it and we’ve since managed to identify loads: Seefeel, Aphex Twin, Orbital.

Anyway, I used to go on very deep musical dives in my head, whilst getting a bit stoned and just lying there with headphones. I started going to record shops, and didn’t particularly enjoy it. I went to Beggars Banquet in Putney, and just started looking around for electronic releases and got patronised a lot by the shopkeepers, but eventually managed to find a few good things.

I started having quite profound music-and-cannabis combined experiences, but in the end it kind of dried up. I went too far with it, and it was as if there was a certain amount of magic allotted to me from that combination, and in the end I was just flogging a dead horse. But I think it sowed some seeds for me.

I was trying to make some of this sort of music, but this was the mid-’90s. These days, you’d be able to get a laptop, or whatever your parents had, and you could get Ableton and then you just start making full quality audio, but back then equipment was an issue, and every piece of equipment did one thing; there was nothing that did everything. I managed to scrape together enough to buy a synth, which cost me £600 – I’d won some piano competitions and stuff. The home computer we had was an Amiga 500, and that did have a little sequencing programme on it that I got free from a magazine, and you could actually sequence MIDI with that, so I started making stuff. But it was shit; I was in a situation where I was able to imagine all this music in my head, but completely unable to translate it into reality. But around then I started playing with Leo Abrahams, who I’ve worked with literally ever since, and is on most of my albums and all of my film scores – he was at school with me.

If I saw my 16-year-old self, I probably would teach him how to breathe properly – a very simple thing. Because you go through all this shit – and I’m sure it’s worse for teenagers these days – and you don’t have any tools for calming yourself down, or realising that it’s actually okay and you aren’t your thoughts. So I would give him a cuddle first and tell him it’ll be alright, and I would teach him the basic things about calming your body down, dipping underneath your thoughts. I think that should be taught at school, as an urgent priority; so much teenage suffering could be so easily avoided with those kinds of basic principles, of mindfulness and breathing. 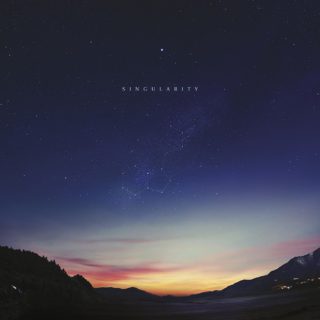