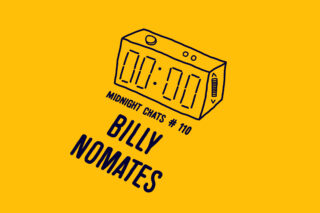 So far the pandemic has robbed a lot of people of a lot of things.

Billy Nomates knows that when it comes to music newer artists have felt that impact harder than most. And while the release of her self-titled debut album in August last year received great reviews, prompted nice Tweets and pleasing radio play, none of them are substitutes for getting out and performing for an ever-growing room of people and looking directly into the eyes of new fans.

Which is why even though Tor Maries is busy working on album two – she was speaking to me from Geoff Barrow’s Invada HQ in Bristol – she’s not gonna let any of the momentum she’s earned evaporate, and rightly so.

End Of The Road invite you to The Garden Of Streaming