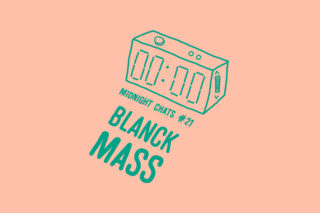 Michael Jackson + skateboards = an album for the end of the world

Benjamin John Power is one half of noisegaze duo Fuck Buttons and the whole of Blanck Mass – two projects that operate on the shadowy outskirts of LOUD electronic music, where hardcore punk manifests as violent washes of static and whispered vocals from a never-ending nightmare. That’s when there’re any vocals at all.

For this episode of the podcast I met Ben at the famous RAK Studios in St. John’s Wood, London. Once a Victorian school, we sat in RAK’s top office, on what used to be the school hall’s stage, to discuss Blanck Mass’ forthcoming, third album (‘World Eater’), Michael Jackson, skateboarding, and generally whip through Ben’s life so far. Sounds like it’s all going to plan.

Keep listening here on the site, or, alternatively, subscribe on iTunes, Stitcher, or wherever you get your podcasts from. They’re popular these days, aren’t they.