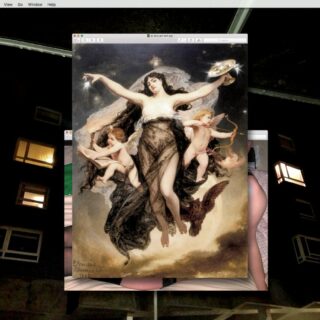 According to Aidan Moffat, As Days Get Dark is about “resurrection and shagging”, “hopelessness and darkness”. As if that wasn’t what every Arab Strap album was about.

There’s little here which will surprise long-term Arab Strap fans, but that’s not necessarily a criticism. Most of the music is built upon an artful tessellation of Middleton’s arpeggiating guitars and creeping drum machines, with Moffat delivering his grubby monologues over the top. The atmosphere remains as sticky and dank as ever – you can practically hear the sweat dripping down the flanks of each track – but Moffat’s characteristically seedy vignettes now play out among the soft furnishings of middle age (“In Tesco with your buttons undone, I saw you; hand in hand as we do the school run, I saw you”). Not that this jars with the rest of the Arab Strap catalogue: even in his twenties, he had a prodigious talent for being a dirty old man. He’s really grown into it now.