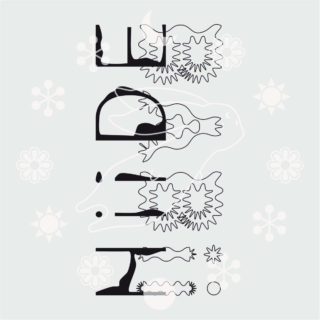 BABii’s seemingly kawaii-inflected aesthetic – showcased, for example, via the cutesy cartoons on her album artwork – might prove uncomfortable to some, particularly as it could be construed as a white woman lifting from Japanese culture. Yet despite the preconceptions, it’s hard not to like ghostly debut album HiiDE once you give it a chance.

The album’s structure will be familiar to anyone that’s dealt with their share of heartbreak, delivering different perspectives in the aftermaths of a failed relationship; ranging from the wistful ‘SYMETRii’ to the more combative ‘VOLCANO’. If there’s any criticism to be made, it feels like the album – propelled by icy electronic drum snaps – is just slightly too polished to reach beyond its beautiful artifice and into emotional catharsis.

BABii’s talent shines strongest in the more introspective moments, like when her fragile vocals beautifully meld with chilly electro on ‘CARNiiVORE’; a lover’s lament where the singer confesses “I fell in love with a carnivore”. There’s also a poetry to these lyrics; one of BABii’s particular strong suits, with the use of metaphor casting an emotionally vampiric ex-boyfriend as a predator of both the animal kingdom and the heart.