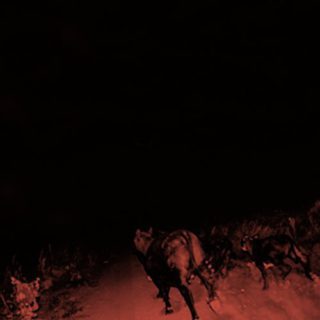 Bambara’s music has always represented the battle between good and evil, between dark and light, and between clarity and outright chaos. On this, their third album, the Brooklyn-via-Georgia trio battle to continue these trends as their Birthday Party post-punk dirge fires the listener out of their comfort zone and straight into its own tilted cold-blooded Western rock opera. Where the band plump for more noise-based compositions on their EPs, they knuckle down on their albums to craft something their melds their dystopic mania with true songcraft.

The trio revolve around their razor sharp rhythm section of Blaze Bateh and William Brookshire, leaving a space for the howling and barking of Reid Bateh to manifest on top. Reid’s guitar constantly spins out tones that evoke Spaghetti Westerns, whilst occasionally churning out a wobbling shoegazing tone as well. The trio’s mastery of tone ensures that this venom, this assault, has enough depth that it never becomes tiresome. And whilst Bambara’s strengths lie primarily in malignant anger, the melancholic ‘Let Love In’-esque ballad ‘Backyard’ gives the record a profoundly human affectation.

The appeal of this album is it’s depth in attack, and very few artists these days make rock and roll as threatening as Bambara do. Although tracks like ‘Monument’ do play out like stone faced Birthday Party worship, the everpresent danger and cowboy charm ultimately win out. With ‘Shadow on Everything’, guitar music just got a little more frightening again. 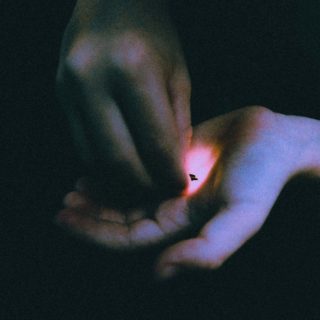 If you've played Nick Cave to death, Bambara are back with a new LP