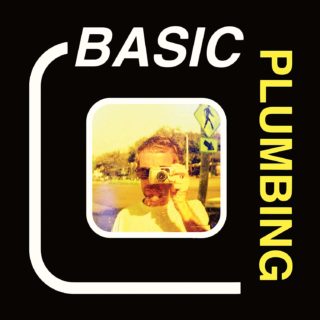 Ex-Veronica Falls drummer Patrick Doyle was working on new material when he died last year. It’s now being released under the name Basic Plumbing, with profits from Keeping Up Appearances being donated to CALM and LA’s LGBT Center.

The ten tracks will be instantly familiar to anyone who’s heard Veronica Falls or Doyle’s other projects, including Boys Forever – an ode to the so-called golden age of indie. It pares back the harmonies of his former band but, with assistance from bassist Helen Skinner, it retains a similar sense of carefree melancholy.

An intoxicating cocktail of C86 and shoegaze, the guitars jangle with the energy of John Squire duelling with REM’s Peter Buck. Either one of them would have been pleased to have composed the pretty motif on ‘Constant Attention’, while the title track sounds like early Stone Roses minus the swagger. The downbeat delivery, which occasionally recalls Ride’s Mark Gardener, lends the material some of its melancholy tone. Yet, addressing the end of a relationship, sadness imbues many of the lyrics as they float above bright ’60s organ (the psych-pop ‘Lilac’) or driving Mersey Beat (‘Bad Mood’).

His keening “it’s all over” lament was sadly prophetic, but ‘Keeping Up Appearances’ is a very worthy final instalment of Doyle’s modern indie pop legacy.